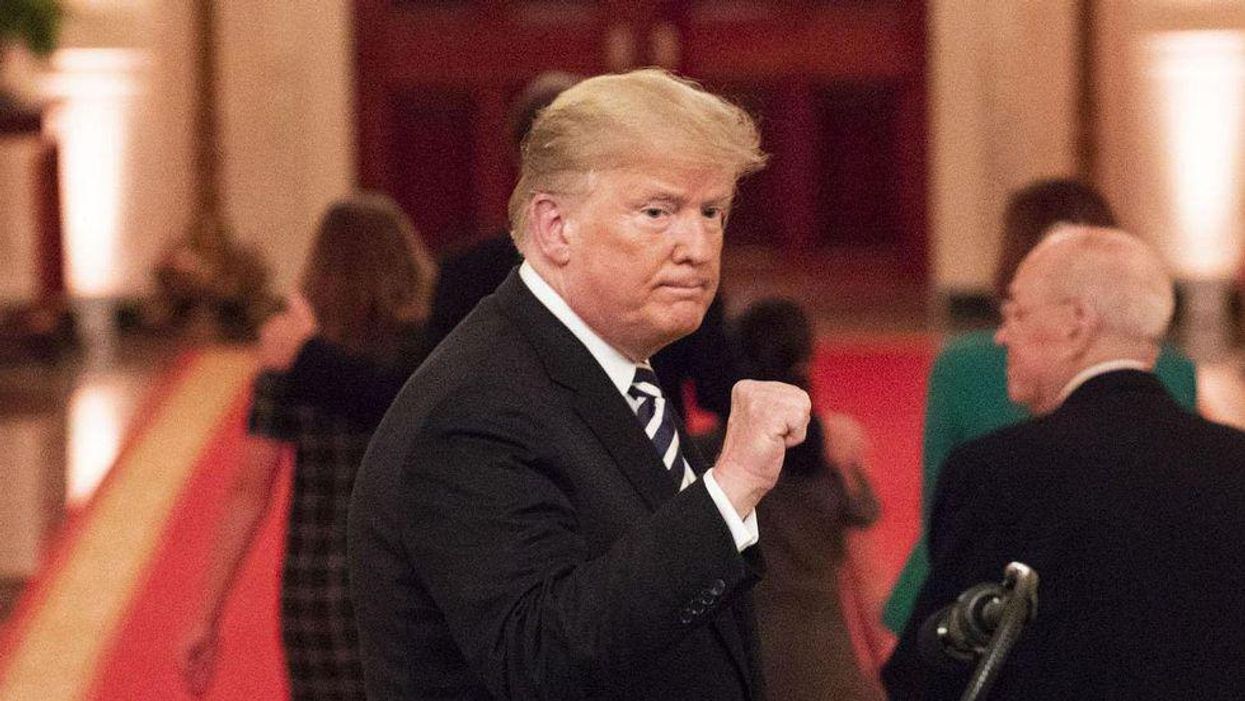 On Tuesday morning, a new Senate report revealed even more of what is increasingly obvious: The January 6 Capitol insurrection was both surprisingly predictable and yet widely ignored by the people who had the power to stop it.

"The U.S. Capitol Police had specific intelligence that supporters of President Donald Trump planned to mount an armed invasion of the Capitol at least two weeks before the Jan. 6 riot," the Washington Post reports, "but a series of omissions and miscommunications kept that information from reaching front-line officers targeted by the violence."

The report itself is incredibly bureaucratic and, being bipartisan, overly delicate with the fragile feelings of Republicans who continue to support Trump despite his overt incitement of the insurrection. But the most important and remarkable aspect of the report is how it lays out that Capitol intelligence officials downplayed the threat of violence, even though, to quote the report author Sen. Gary Peters, D-Mich., "The attack was, quite frankly, planned in plain sight."

Intelligence officers had a huge amount of information about a planned attack because the insurrectionists were openly talking about it online and in great detail. But despite this, intelligence officials deemed the likelihood of an attack as "remote" and "improbable," choosing instead to ignore right-wing militia types openly sharing maps and strategies for storming the building. There are a lot of theories as to why Capitol intelligence simply didn't take the insurrectionists seriously, but it really may be as simple as this: Hiding in plain sight works — at least when it comes to white conservatives with terroristic inclinations.

Most of us, including intelligence officials, reasonably expect that people engaging in a criminal conspiracy prefer to do so in secret. (Cue the scene from "The Wire" of Stringer Bell dressing down an underling for "taking notes on a criminal f--king conspiracy!") But it appears that scheming right in the open was more effective for the Capitol insurrectionists precisely because it cut across the "common sense" expectation. All the guns and maps talk was easy for intelligence officials to write off as mere fantasy play-acting, instead of a serious plan.

And really, is it any surprise that the Capitol insurrectionists pulled off the "hiding in plain sight" strategy? They were only following the lead of the chief instigator of the insurrection, Trump himself. For years, Trump successfully demonstrated that the best way to get away with crimes is to commit them loudly. From the "grab 'em by the pussy" tape to the flagrant public bribe-taking to giving Russian conspiracists instructions on camera to witness tampering on Twitter, Trump realized that being bold about crimes and corruption keeps people from taking it seriously.

The reason it worked is simple: Trump didn't bother to hide his corruption. That lulled people into believing it couldn't really be that bad. It was easy for Trump apologists to write it off as "jokes" or otherwise no big deal, because if it was serious, then he would take pains to hide it, right? It was only when Trump did take measures to hide his behavior — in the attempt to blackmail the Ukrainian president into falsifying evidence for a smear of Joe Biden — that his malfeasance finally got the attention it deserved. And it was all because that particular scandal fit our pre-existing notion that if it's really a crime, the criminals try to hide what they're doing.

Trump used this "hiding in plain sight" strategy to organize and incite the January 6 insurrection.

In the days after the Capitol was stormed, the Just Security blog put together a comprehensive timeline of Trump's year of incitement and what was remarkable is how open Trump was about what he was doing. He repeatedly heaped praise on right-wing militias that used threats of violence against public officials and Biden campaign staff. He started in early on the Big Lie, insisting for months ahead of the election that the only way he could lose is if it were stolen. He even used a presidential debate stage to issue instructions to the Proud Boys, telling them to be on "stand by" before he gave them the time and place for the storming in an infamous tweet reading, "Big protest in DC on January 6th. Be there, will be wild!"

The extremely public nature of Trump's incitement, however, perversely gave congressional Republicans the cover they needed to claim he didn't do the thing he obviously did. Repeatedly, Republicans insisted that Trump was merely speaking metaphorically and not literally with all his "fight" and "take back" language. That Trump didn't hide or show shame aided this nonsense excuse, because it really is just that hard to believe that someone would be so bold and public about a criminal conspiracy. And because Trump left the detailed work of the insurrection to the people who organized it online — basically, crowdsourcing an insurrection — it allows Republicans to pretend that he wasn't the ringleader.

Many Stringer Bell jokes were made about how Trump and his cronies do their crimes right out in the public view and how supposedly foolish this was. But really, was it?

Most of Trump's cronies are walking around free. Trump openly and flagrantly attempted a coup, and he's not only not in jail for it, but he's still the de facto head of the Republican Party. Whenever anyone points out that he's a literal seditionist, Republicans just shrug and pretend all of that violence and insurrection talk was just jokes and fantasies. Because of the politics of tip-toeing around Republican feelings, the Senate report focuses on "better planning, training and intelligence gathering," according to the Washington Post, and "its contents steer clear of offering any assessment or conclusion about Trump's responsibility for the riot." That is unfortunate because while intelligence failures were a problem, the real reason the Capitol riot happened is because Trump was empowered by the GOP and right-wing media to spread his lies and incite violence without consequence. And that problem hasn't been addressed in any meaningful way at all. If anything, it's just gotten worse. Trump has been using the media to disseminate yet another date for his followers to take action — sometime in August — just as he targeted January 6. And he used a platform offered to him by the Republican party, a big speech at a North Carolina event, to continue stoking insurrections by claiming that Joe Biden's electoral win was the "crime of the century."

Putting more cops around the Capitol Building doesn't address this larger issue. If there is more violence, it's unlikely to target the Capitol, in no small part because Trump's followers understand that it's likely to be more secure than it was January 6.

No, the real issue here is the "hiding in plain sight" problem.

Trump and his cronies have figured out how to use media and social media as a tool to crowdsource ideas for a fascistic takeover of the U.S. government. They throw out conspiracy theories and let the MAGAheads figure out the details for themselves about how to make it happen. It's inefficient, sure. Many of the schemes that the red hats tease out online fail to manifest in person. Still, it allows Trump to keep his hands relatively clean because he gets to pretend he's just spitballing instead of giving instructions. It's on other people to work out the details, from the Republicans passing state laws to make it easier to steal elections to the red hats who have now been given a new date to fixate on as a possible next target. As long as people's heads remain in the sand about what Trump is doing, the threat of more violence remains active.