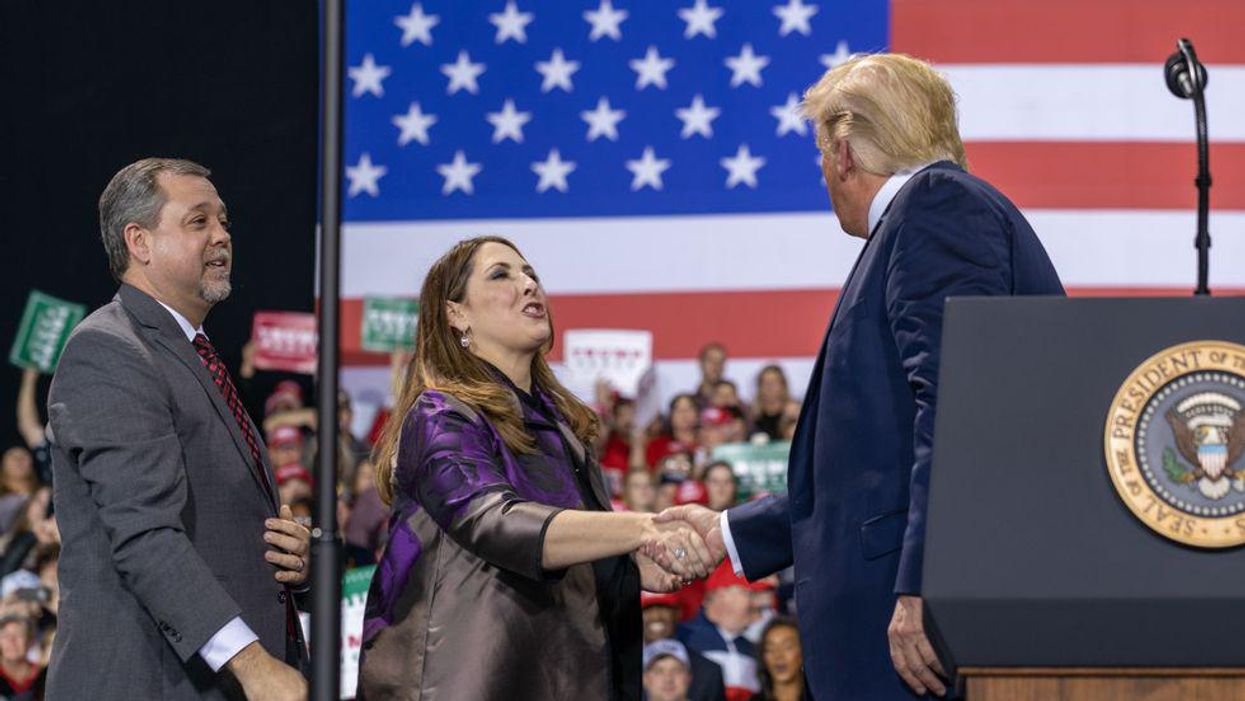 What does the Republican Party believe in? I don't mean this as a tongue-in-cheek question. What actual policy is the party presenting to address our society's problems?

Can you name anything? A coherent set of ideas to take America through the challenges of housing, climate, health care, or access to education? Plenty of marketing slogans. "America First." "Everything the liberals want is socialism even if we used to support it and privately still do!" Cool. That's catchy. Slogans aren't plans, though. What's the future that the Republicans are painting for a unified America?

If you're someone who spends time preaching freedom, equality and meritocracy, euphemisms allow deniability when partnering with bigots. They allow a "moderate" to sidestep the demands of moral consistency. You aren't against an idea, just not for it. Yes, that guy "hates Mexicans," but you are for "protecting American jobs." That guy hates gay people, but you are for a state's right to determine marriage equity for itself. As long as you're in charge, you can keep the bigots on the fringe. This relationship with the far-right has worked for the Republican Party for half a century. Bigots had no one else to vote for, the GOP needed votes, both hated the left anyway. It's a win-win.

Donald Trump proved them wrong. He came out with unhinged, openly racist and misogynistic statements, one after the other. Mexico is sending rapists. Insert here a dozen comments about women. The US should have a "Muslim Registration." He embraced conspiracy theorists and normalized white supremacists. These comments were supposed to be political suicide. There's a reason everyone, the Republican establishment included, thought 2016 was going to be a bloodbath. The presumption was we, the United States of America, were collectively better than that. Yeah, no.

Euphemism's die when parties penetrate acceptable opinion with extreme opinion often enough and for long enough that the shock of it doesn't turn voters off. White people get used to it. After 2016, recalculations were made. The GOP realized the party's base privileged loyalty over values. So the establishment fell in line. During Trump's run, the Republican Party stood for whatever Trump stood for, and Trump stood for whatever was good for him. A political party is now a cult of personality.

Does this sound overly general? Does it sound unfair? A president who undermined our security, mocked our military, abused power for profit, and, among a laundry list of other things, lied about and then grossly mishandled a pandemic that has killed, as of this writing, more than 611,00 Americans. The Republicans rallied around a man antithetical to everything they preached. Seventy-four million people voted for him anyway. The 2020 campaign didn't even bother with a new party platform. It's not sophisticated. It's merely effective. The bigots have become the base. The moderates just follow along. But now that Trump is out of power, what do Republicans believe?

There's still this naive (and rather annoying) assumption that there's going to be a post-Trump intra-party realignment away from the far-right. That cat is out of the bag. One hundred and thirty-nine House Republicans voted against certifying the election hours after an insurrection, inspired by Trump, overran the United States Capitol.

The first thing Republicans in the Congress did after Joe Biden's inauguration was feed lies to conspiracy-believing Republicans alleging our elections aren't secure enough. State-level Republicans introduced bill after bill that would make it more onerous for minorities to vote. You can give some leeway to citizens for being manipulated by the news media, but the officials in power are responsible for knowing and acting better.

That includes Democrats. They must stop treating the Republicans as if they share underlying beliefs, as if they require more and better information, as if they just need to show moral courage. Moral courage doesn't matter when a party has decided the foundations of a democratic system, including universal suffrage, need to be dismantled, because it's easier that way. What do the Republicans believe in?