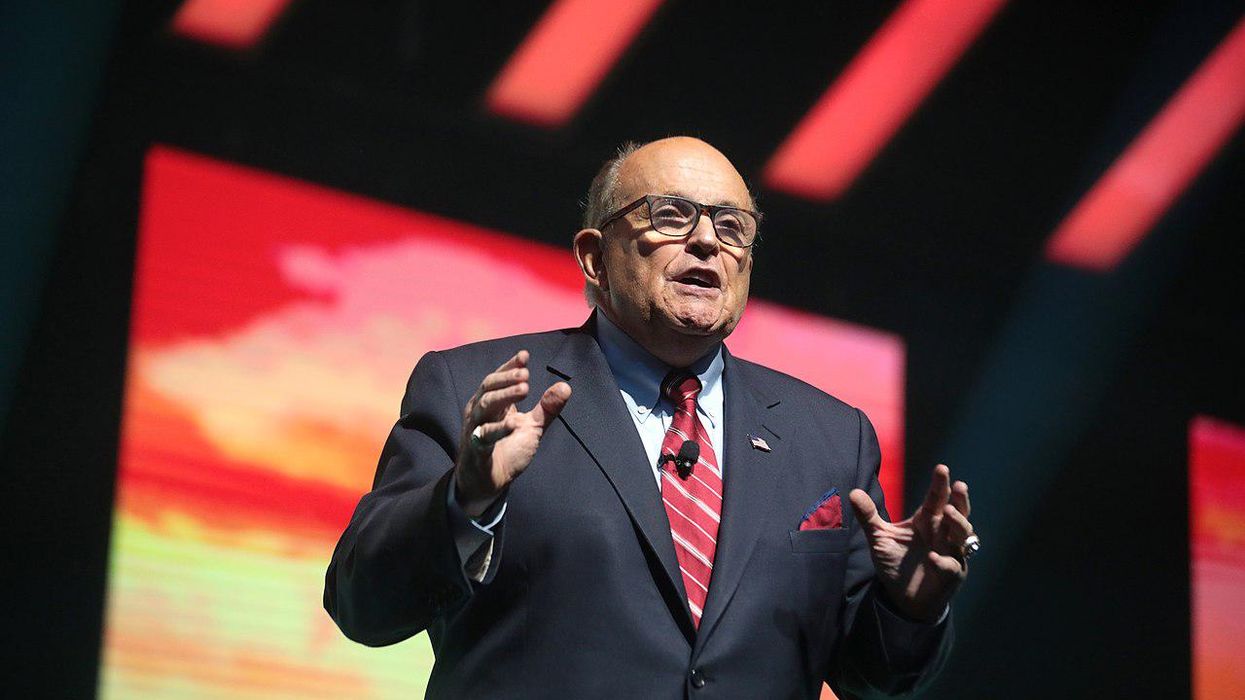 During the 2020 presidential election, Joe Biden's campaign knew that if he won, then-President Donald Trump would falsely claim that he didn't — and sure enough, Trump did exactly that. U.S. Department of Justice and White House e-mails released by Democrats on the House Oversight Committee on June 15, according to CNN, underscore Trump's efforts to bully former Acting Attorney General Jeffrey Rosen into supporting his false claims of widespread voter fraud following the 2020 election.

"The e-mails from Justice Department and White House officials show how Trump allies pressured Rosen to consider false and outlandish allegations that the election had been stolen and sought to get the Justice Department to formally back up the false claims," Wild and Herb report. "The documents also offer a window into how Rosen dealt with the political pressure from the White House soon after he was tapped to lead the Department (of Justice) in the final weeks of the Trump Administration."

As much of a Trump loyalist as former U.S. Attorney General William Barr was, he didn't go along with Trump's election fraud lies and told the Associated Press that there was no reason to believe that Biden didn't win the election fairly. "We have not seen fraud on a scale that could have effected a different outcome in the election," Barr told AP.

Barr resigned as attorney general in December 2020, Trump's last full month in the White House — and Rosen was appointed acting U.S. attorney general. According to CNN reporters Whitney Wild and Jeremy Herb, Rosen wouldn't go along with the Big Lie either.

One of the most aggressive promoters of the Big Lie was Trump's personal attorney: former New York City Mayor Rudy Giuliani. Rosen, according to CNN, had no interest in helping him.

"Amid the pressure," Wild and Herb explain, "Rosen said he refused to speak to Trump's personal lawyer Rudy Giuliani about his false claims that the 2020 election was stolen. When Mark Meadows, then-White House chief of staff, sought to have Rosen arrange an FBI meeting with a Giuliani ally pushing a conspiracy theory that Italy was using military technology and satellites to somehow change votes to Joe Biden, Rosen said he would not help Giuliani."

Writing to then-acting Deputy Attorney General Richard Donoghue, Rosen said, "I flatly refused, said I would not be giving any special treatment to Giuliani or any of his 'witnesses,' and re-affirmed yet again that I will not talk to Giuliani about any of this."

The far-right conspiracy theory that Italy, a long-time ally of the United States, changed millions of Trump votes to Biden is known as "Italygate." It's total nonsense, but in Trumpworld and among QAnon supporters, "Italygate" is taken seriously.

The DOJ and White House e-mails newly released by House Oversight Democrats, according to Wild and Herb, "provide additional detail to reports earlier this month from CNN, the New York Times and others on Meadows' e-mails to Rosen after the election, which revealed how the top White House aide had urged the Justice Department to take action for Trump's benefit."

"The e-mails included a list of complaints about voting procedures in New Mexico, alleged 'anomalies' in a Georgia county and the claims about Italian satellites," Wild and Herb note. "The e-mails also show how Trump directed allies toward Rosen, who had been named acting attorney general following William Barr's December 2020 resignation after Barr had publicly said there had not been widespread fraud in the election."

Wild and Herb also report that the DOJ and White House e-mails "show how Meadows pushed the Justice Department to investigate the fraud claims being made by Trump allies like Cleta Mitchell, the lawyer who assisted Trump on his January 2 call when he pressured Georgia officials to 'find' him votes."

"In an e-mail on January 1," Wild and Herb note, "Meadows says there were 'allegations of signature match anomalies' in Fulton County, Georgia, asking Rosen to have a Justice Department official 'engage on this issue immediately to determine if there is any truth to this allegation.' Rosen forwarded the e-mail to Donoghue later that day, saying: 'Can you believe this? I am not going to respond to the message below.' (Donoghue responded), 'At least it's better than the last one, but that doesn't say much.'"