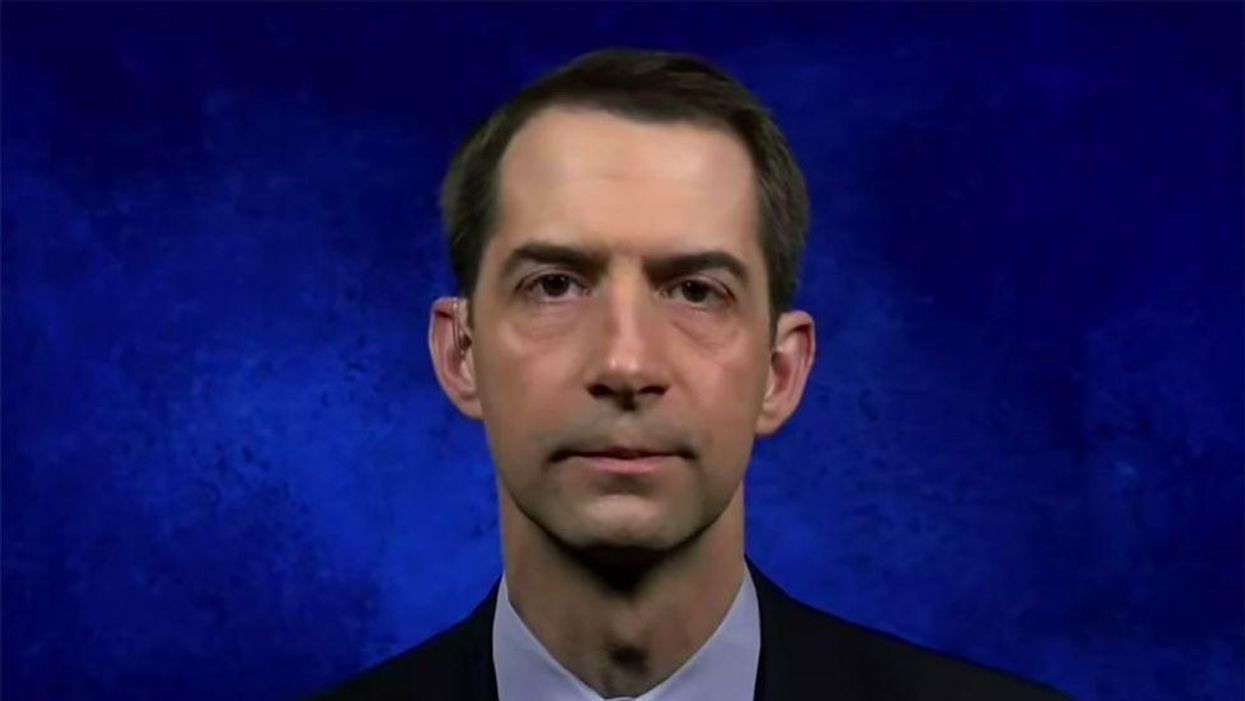 During a Thursday Senate hearing, Sen. Tom Cotton, R-Ark. — widely seen as a likely 2024 presidential candidate — confronted Defense Secretary Lloyd Austin about the effects of "woke ideology" in the military, which he claimed was causing "plummeting morale" and "growing mistrust." Cotton avoided directing any such questions at Gen. Mark Milley, chairman of the Joint Chiefs of Staff, who has also thrown his support behind the military's efforts to improve diversity and inclusion. It may or may not be relevant that Austin is Black and Milley is white.

"Mr. Secretary, we're hearing reports of plummeting morale, growing mistrust between the races and sexes, where none existed just six months ago, and unexpected retirements and separations based on these trainings alone," Cotton said to Austin during a Senate Armed Services Committee hearing. "And again, these are not my words. These are the words of your own troops."

Cotton's concerns come on the heels of a "whistleblower" initiative recently launched by him and Rep. Dan Crenshaw, R-Texas, which involves a tip line for military service members who feel compelled to "expose" attempts to indoctrinate the troops with "woke ideology."

"Enough is enough. We won't let our military fall to woke ideology," tweeted Crenshaw in late May. "We have just launched a whistleblower webpage where you can submit your story. Your complaint will be legally protected, and go to my office and @SenTomCotton."

During the hearing, Cotton noted that he and Crenshaw had heard "hundreds of whistleblower complaints" submitted to their online portal and read some of them before the Senate. Later in the hearing, the senator demanded that Austin answer a number of yes-and-no questions with respect to race and the military.

"Should a member of the organization you lead be treated differently, in violation of the Constitution, I would add, based on their sex or the color of their skin?" the Arkansas senator asked.

Cotton, who earlier this year also crusaded against the use of "critical race theory" in military education, prodded Austin on whether the secretary thought that the military was a fundamentally racist institution.

Austin did not respond with a "yes" or "no" to either question, pointing out that they warranted more complicated answers.

This dispute comes amid a broader conservative push to turn military education and training into a new front in the culture-war. Over the course of the past month, several prominent Republican lawmakers have accused the military of incorporating "leftist" ideology into its training programs. This response stems largely from the military's recent efforts to create a more inclusive atmosphere for women and people of color amid multiple reports of rampant sexism and racism within the services.

Many observers have said that the full scope of bigotry and discrimination within the military — not to mention the scale of military membership in white supremacist or far-right organizations — is difficult to determine and has not been well studied. "It will be damn near impossible for any senior leaders to get their arms around the problem of extremists in the military as long as the Defense Department has so little data on how many service members have ties to domestic terrorist groups," wrote Jeff Schogol in Task & Purpose.

In February, Austin ordered a stand-down across all branches of the military to address the issue of white supremacy within the ranks following revelations that a number of current and former service members .were involved in the Capitol attack on Jan 6. Shortly after that, Austin appointed a senior adviser of human capital, diversity, equity and inclusion.

Those initiatives have been supported by number of current military leaders, including Milley — the supreme commander of all U.S. armed forces — and Maj. Gen. John Evans, commander of the Army Cadet Command.

These efforts to improve diversity and inclusion within the military are not entirely new. Last year, then-Secretary of Defense Mark Esper launched a three-pronged initiative to promote equal opportunity for all members of the armed services amid the national wave of protests that followed the murder of George Floyd.