'We can't stop it': The Florida Keys face a grim reality as water rises and the climate crisis accelerates 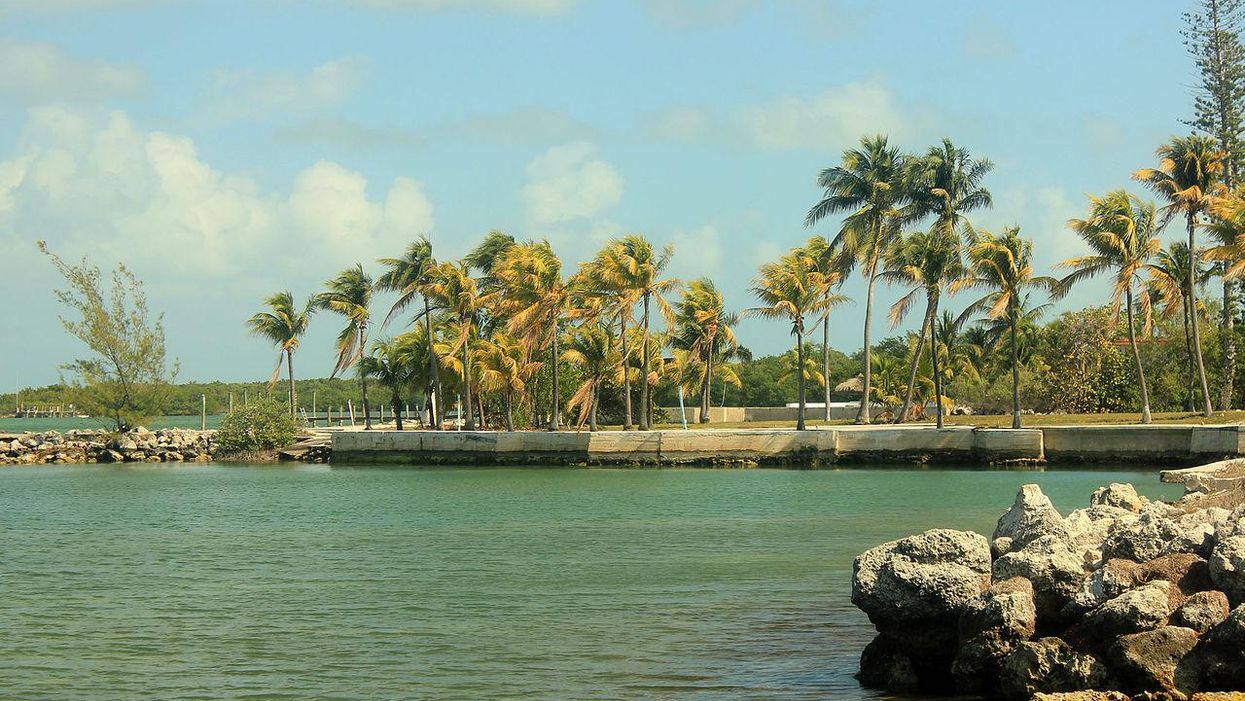 Climate change is a problem all over Florida, from Jacksonville to Tampa to Ft. Myers. But the problem is especially dire in the Florida Keys, the archipelago south of Miami. Journalist Oliver Milman, in an article published by The Guardian on June 24, reports that more and more, Keys residents are talking about the problem that rising seas pose in their area.

"The string of coral cay islands that unspool from the southern tip of Florida finds itself on the front line of the climate crisis, forcing unenviable choices upon a place that styles itself as sunshine-drenched idyll," Milman explains. "The lives of Keys residents — a mixture of wealthy, older white people, the one in four who are Hispanic or Latino, and those struggling in poverty — face being upended."

During a Monroe County Board of Commissioners meeting on June 21, officials addressed the threat that climate change poses in the Keys and measures that will need to be taken to combat flooding — including elevating streets and the funding it will require.

"If the funding isn't found," Milman reports, "the Keys will become one of the first places in the U.S. — and certainly not the last — to inform residents that certain areas will have to be surrendered to the oncoming tides."

During the June 21 meeting, Monroe County Mayor Michelle Coldiron warned, "The water is coming, and we can't stop it. Some homes will have to be elevated, some will have to be bought out. It's very difficult to have these conversations with homeowners, because this is where they live. It can get very emotional."

Key Largo resident Kimberly Sikora told attendees, "The roads are shot, they're full of cracks, the water is permeating up. I'm just looking for some kind of relief."

$1.8 billion, according to Monroe County officials who spoke at that meeting, will be needed over the next 25 years to raise roads.

"The heightened roadways are eagerly anticipated by residents who told the meeting of cars being ruined by the salt water and of donning boots to wade to front doors," Milman explained.

Kristina Hill, an environmental planner at the University of California, Berkeley in the San Francisco Bay Area, told The Guardian, "The Florida Keys are one of the most vulnerable places to flooding in North America…. Without a change in strategy, parts of the Keys will become accessible only by boat…. The islands will gradually disappear into a higher ocean, potentially leaving a ruined landscape of leaky underground storage tanks, old pipes, and flooded road segments behind to pollute the water."

President Barack Obama won Florida in both 2008 and 2012, but former President Donald Trump carried the Sunshine State in 2016 and 2020 — and in 2018, now-Gov. Ron DeSantis, a far-right Republican and devout Trump loyalist, narrowly defeated the Democratic nominee: former Tallahassee Mayor Andrew Gillum. Trump, since leaving the White House on January 20, has lived on his Mar-a-Lago resort in South Florida. And both of Florida's U.S. senators, Marco Rubio and former Gov. Rick Scott, are Republicans.