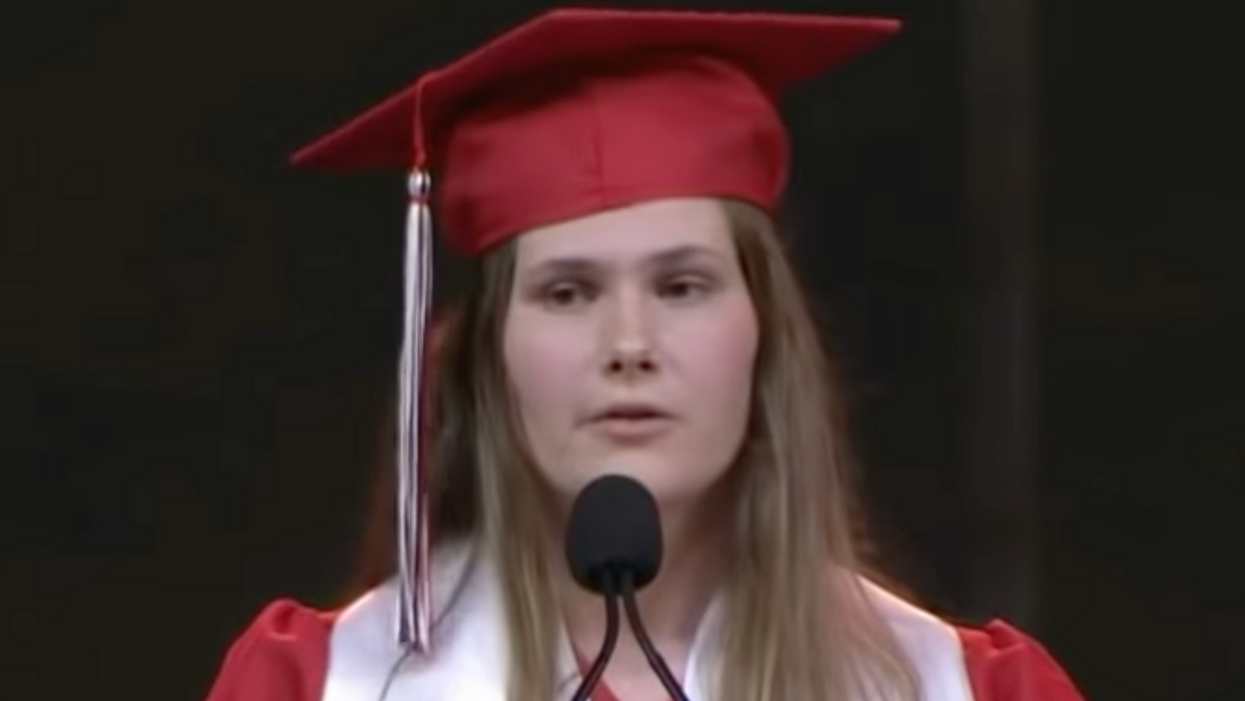 A Texas high school valedictorian's graduation speech garnered attention from Democratic lawmakers and rights advocates Wednesday after going viral on social media—not for the typical optimism contained in such addresses, but for the student's decision to go off-script and speak out against her state's assault on reproductive rights.

At Lake Highlands High School's graduation on Sunday in Dallas, Paxton Smith scrapped her valedictory address—which had been approved by school officials—and told her audience it felt wrong to her "to talk about anything but what is currently affecting me and millions of other women in this state."

"Starting in September, there will be a ban on abortions that take place after six weeks of pregnancy, regardless of whether the pregnancy was a result of rape or incest," Smith said, referring to Senate Bill 8, which Gov. Greg Abbott signed into law last month.

In addition to banning abortion care after six weeks of pregnancy, at which point many women don't yet know they're pregnant, the law allows any citizen to sue anyone who "aids or abets" a patient who has an abortion—including clinic employees, friends or family members who drive the patient to their appointment, or providers.

"I have dreams, hopes, and ambitions," said Smith. "Every girl here does. We have spent our whole lives working towards our futures, and without our consent or input, our control over our futures has been stripped away from us. I am terrified that if my contraceptives fail me, that if I'm raped, then my hopes and efforts and dreams for myself will no longer be relevant. I hope you can feel how gut-wrenching it is, how dehumanizing it is, to have the autonomy over your own body taken from you."

Smith's speech begins at the 4:38 mark below:

Smith won praise from lawmakers including Rep. Veronica Escobar (D-Texas) and state Rep. Julie Johnson, both of whom applauded the graduate's "brave" decision to speak candidly about abortion care in a congressional district that has historically been solidly Republican before voters elected Democratic Rep. Colin Allred in 2018.

Wow! Paxton Smith, you are a courageous, brilliant woman. Thank you for using your voice to shed light on the war o… https://t.co/sm4MOXsavg
— Veronica Escobar (@Veronica Escobar) 1622598911.0

What a brave and extraordinary young woman! It gives members of @TXHouseWHC hope to know that young women like Paxt… https://t.co/ELPjtEpnT0
— Julie Johnson (@Julie Johnson) 1622596286.0

"It gives members of the Texas Women's Health Caucus hope to know that young women like Paxton Smith are out there to carry the torch," said Johnson.

Others on social media echoed the lawmakers' admiration, calling Smith "a force" and thanking her for articulating "the connection between a woman's achievements, opportunities, and control over her body."

This is courage. In one of the most conservative districts in Texas. I am in awe. https://t.co/xfClYhb6bc

I feel how gut wrenching it is and I applaud her for using her voice. Paxton Smith has a bright future and not just… https://t.co/tXgApHujeP
— Juli Briskman (@Juli Briskman) 1622653511.0