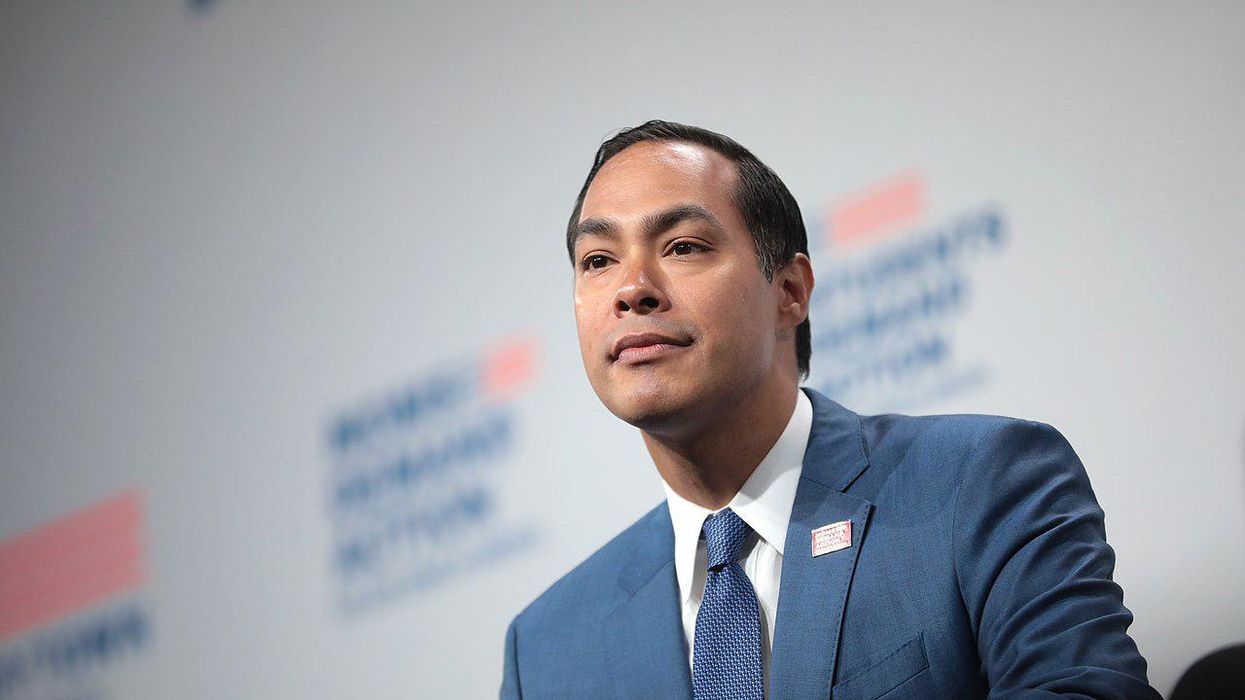 Democrats in the Texas State Legislature broke quorum in May when they walked out of the chamber in order to protest a GOP-sponsored voter suppression bill, and Republican Gov. Greg Abbott has responded by defunding the Legislature — inspiring Texas Democrats to file a lawsuit against him.

Texas Tribune reporter Cassandra Pollock explains, "A group that includes Texas House Democrats and legislative staffers is asking the Texas Supreme Court to override Gov. Greg Abbott's recent veto of a portion of the state budget that funds the Legislature, staffers there and legislative agencies. More than 60 Democratic members of the House signed a petition for a writ of mandamus, which was filed Friday morning, as did the House Democratic Caucus and the Mexican American Legislative Caucus, four state employees and the Texas AFL-CIO."

During a press briefing on June 24, Chad Dunn — an attorney representing Texas Democrats — told reporters, "The state is in a constitutional crisis at this moment."

The Democratic petition, Pollock reports, "argues that Abbott exceeded his executive authority and violated the state's separation of powers doctrine."

The petition reads, "Gov. Abbott's veto is an attempt to coerce, and thereby direct, how the Legislature discharges its functions — far exceeding the usual mechanism of the veto as a check on legislative excess. If accepted, it would allow the governor to indirectly commandeer the Legislature by making its very existence contingent on its willingness to enact the governor's preferred agenda. And it would set the precedent for the governor to do the same to the judiciary."

Texas already makes voting more difficult than it is in many other states in the U.S., but the voter suppression bill that inspired Texas Democrats to walk out of the chamber in protest would make voting in the Lone Star State even more difficult by restricting early voting hours and voting by mail.

Texas Republicans are obviously pushing the voter suppression bill so aggressively because they see that Democrats are making inroads in what has evolved into a light red state. Although Texas' major urban centers lean Democratic — including Houston, Austin, Dallas, El Paso and San Antonio — Democrats struggle in statewide races, although not as badly as they did in the past. Now-President Joe Biden lost Texas to former President Donald Trump by 6% in 2020, and in 2018, former Rep. Beto O'Rourke, a Democrat, narrowly lost to incumbent Sen. Ted Cruz.