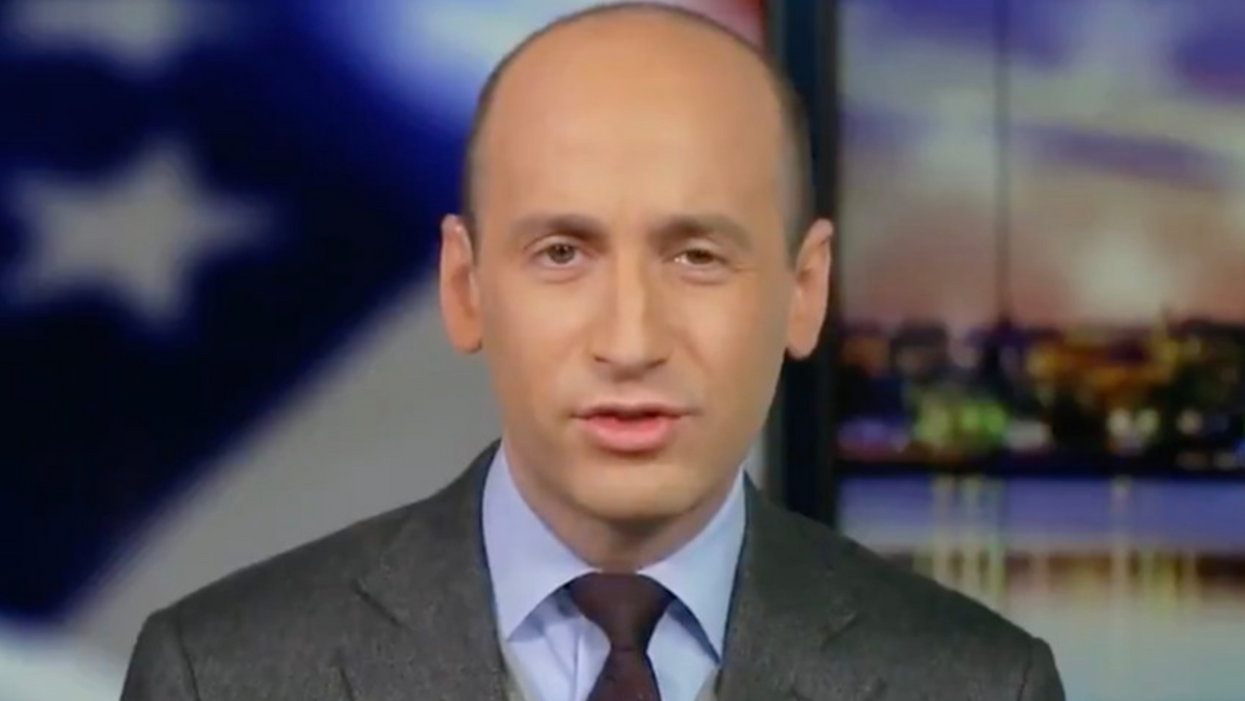 Stephen Miller, advisor to the former president, attacked on Wednesday what he calls "transgender ideology," claiming it is so concerning to a democratic society it impacts "what it means to have and maintain a country," and will force all Americans to "adopt a transgender viewpoint."

He did not explain what that means.

A white supremacist who served as Senior Advisor to then-President Donald Trump and continues in that role, Miller told Christian Broadcasting Network's David Brody, on his Real America's Voice web show, that he is fighting an Equal Employment Opportunity Commission case, claiming that the EEOC failed "to include a constitutionally required religious exemption."

Miller started his own far right wing law firm, America First Legal, from which he says he is battling the EEOC "so that people can speak their truth." That apparently excludes transgender people.

"So they will be forcing religious Americans, religious believers, people of faith, to violate their deeply held beliefs, their own private conscience rights and to adopt a transgender viewpoint," Miller claims. "This is really an issue about science, it is about religion, but also about science because the undisputed biological definition of sex, really, is being turned upside down because of a radical agenda that really now is beginning in our elementary schools teaching young people, that there are no boys and girls, men and women, but in fact, people are whatever they want to be, which has profound implications for medicine for culture, for religion, and for truth itself," Miller said.

(For decades if not longer Americans have told their children they can be "whatever they want to be.")

"We are a country whose ethical, religious and moral heritage is Judeo Christian," Miller said. "What it means is that Judeo Christian values, form the bedrock of our declaration. Our constitution, our civil rights, our moral character, who we are as a people who we are as a country, we inherit from our founders that deep religious faith that deep cultural attachment to these principles, and when they are under assault, our whole nation is under assault, we ought to be teaching and inculcating into our children these fundamental values and principles that made us who we are, that makes Western civilization what it is that is critical to having not just a great present, but an amazing future for this country."

"My personal view is that this is a failed ideology that is destined to topple in on itself. For this agenda to succeed for the transgender ideology to succeed, they need people to be scared and quiet and not to speak the plain truth. Because once people say I'm not going to bow down to something I know is untrue. I'm not going to be afraid I am going to speak my mind respectfully tastefully, honestly, it's not going to hold it will crumble the edifice will collapse."