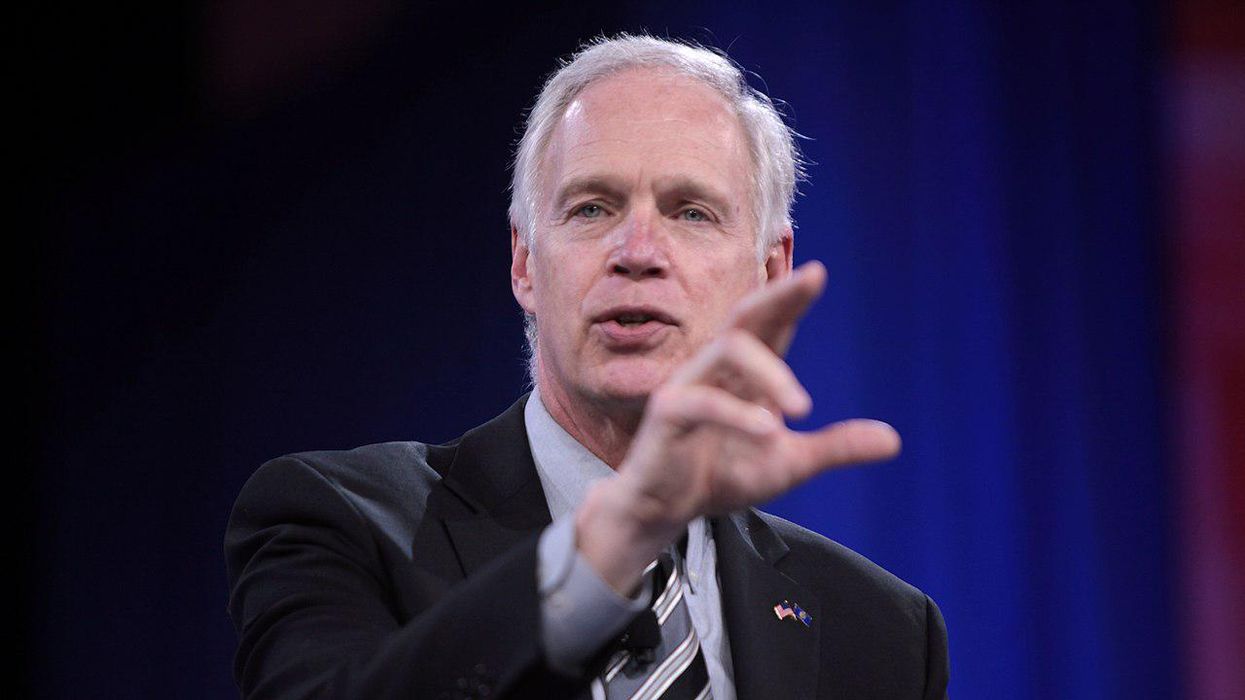 Sen. Ron Johnson of Wisconsin not only voted against a bill calling for a commission to investigate the January 6 insurrection — he has also downplayed the violence that occurred that day, insisting that the insurrectionists did not frighten him and claiming that the riot was mostly a "peaceful protest." The Cap Times, based in Wisconsin's state capitol of Madison, slams the far-right GOP senator in a blistering editorial published on June 2 — describing his actions as those of a "sick and twisted excuse for a human being."

Gladys Sicknick, mother of Brian Sicknick — a Capitol Police Officer who died following the violence of January 6 — tried to convince Johnson and other Senate Republicans that a January 6 commission was badly needed. But Johnson was unmoved.

"Wisconsin Sen. Ron Johnson met last week with the mother of fallen U.S. Capitol Police Officer Brian Sicknick, who died on the day that former President Trump incited an insurrectionist mob to attack the Capitol in an attempt to overturn the results of the 2020 election," the Cap Times' editorial board explains. "She did so despite the fact that Johnson has declared that he was not frightened by the attack on the Capitol because the seditionists were people who 'truly respect law enforcement.' Gladys Sicknick wanted to explain to Johnson that what happened on the day her son died was not, as the senator continues to claim, a 'peaceful protest.'"

Six Republicans in the U.S. Senate had enough integrity to vote in favor of a commission to study the January 6 insurrection, including Sen. Mitt Romney of Utah, Sen. Susan Collins of Maine, Sen. Ben Sasse of Nebraska, Sen. Lisa Murkowski of Alaska, Sen. Rob Portman of Ohio and Sen. Bill Cassidy of Louisiana. But for Johnson, voting against having a January 6 commission was a badge of honor.

"In the end, six Senate Republicans did do the right thing, voting with Democrats to break a filibuster and take necessary steps to establish the commission," the Cap Times' editorial board notes. "Another nine Republicans sat the vote out. That was a significant show of support for a necessary inquiry. But it was insufficient because most Republicans used their votes to block the investigation. What of Ron Johnson? He met with Gladys Sicknick and then rejected her plea."

The Cap Times' editorial board continues, "We respect Mrs. Sicknick for trying. Unfortunately, she wasted her time, and her faith, on the prospect of convincing a sick and twisted excuse for a human being to do the right thing."