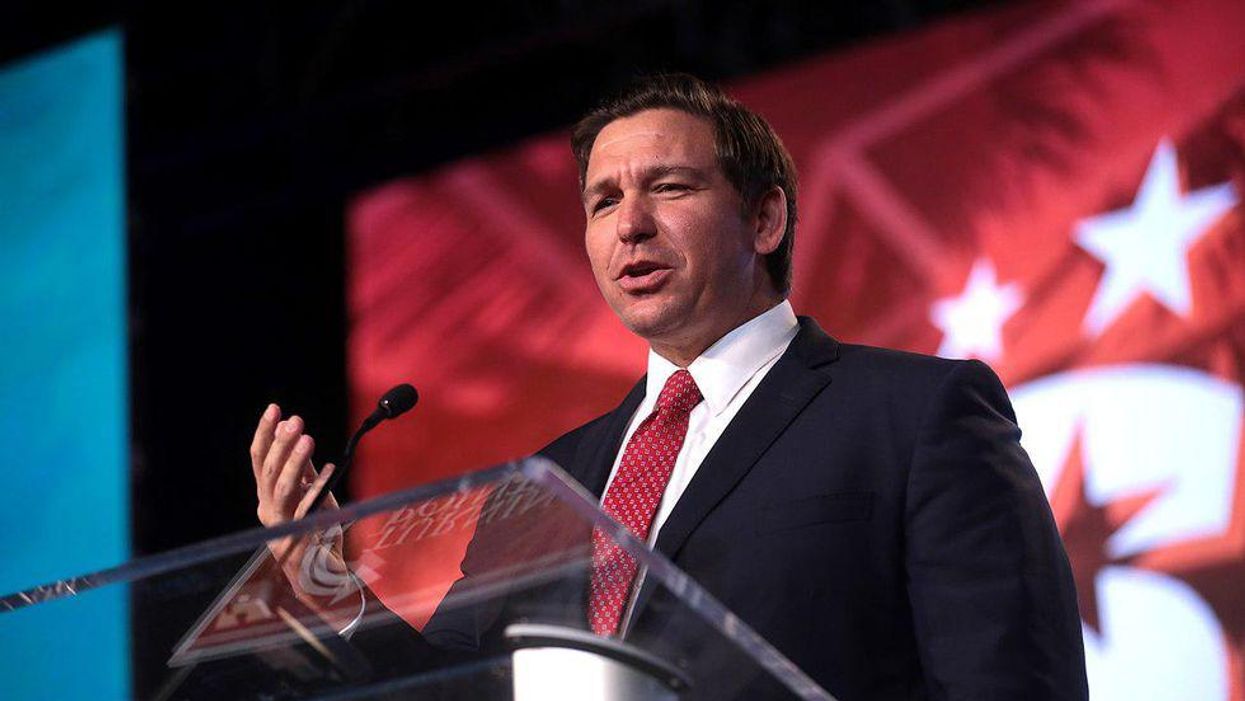 Last week, Florida Gov. Ron DeSantis, the rising star of all conservative rising stars, signed a Republican-backed bill that will require public colleges and universities in Florida to survey the ideological leanings of their students and faculty. The bill, HB 233, which purportedly aims to assess each state school's level of "intellectual freedom," comes largely in response to the current right-wing hysteria over "critical race theory," and also to the broader perception that American academia has become a breeding ground for "leftist indoctrination."

"It used to be thought that a university campus was a place where you'd be exposed to a lot of different ideas," DeSantis said in a press conference last week. "Unfortunately now, the norm is really these are more intellectually repressive environments. You have orthodoxies that are promoted and other viewpoints are shunned, or even suppressed. We don't want that in Florida."

Though the motivations behind the measure seem clear enough, the bill's language evades any explanation of what the survey's findings might be used for. Florida Republicans have largely stayed mum on this point — except for DeSantis himself, that is, who last week suggested the data might be used to dictate state funding.

"We do not want [universities] as basically hotbeds for stale ideology," DeSantis said. "That's not worth tax dollars and not something we're going to be supporting moving forward."

Given the Republican obsession with "cancel culture," DeSantis' threat to go after "thoughtcrime" (in George Orwell's phrase) could have a chilling effect on the Sunshine State's educational landscape.

State Sen. Lori Berman, a Democrat who opposed the bill in Education Committee meetings, told Salon that she thinks DeSantis made "a serious threat" that could dampen the free speech rights of professors and students.

"It's quite possible this could result in certain professors being dismissed on the university level," she said. "I wouldn't put it past our governor to pull funding from universities if they don't dismiss these professors or change some things they're not happy with."

Though the bill has already been enacted, it remains unclear precisely how the surveys will be conducted or what questions will be asked.

Berman noted that the bill does not require participation from students; it merely mandates that the surveys be distributed to students. This could lead to significant participation bias, where students who feel ideologically at odds with their surroundings are overrepresented among respondents.

Democratic state Sen. Tina Polsky, who also serves on the Committee on Education, echoed Berman's concerns, telling Salon that HB 233 has "so many problems."

"We have no idea what the implications are, whether it's getting professors fired, or having to hire professors of different ilks to fill some kind of 'thought diversity' quota," she said. "And of course, funding is a concern."

"No one really knows what the point of the surveys is," Polsky added. "Nobody knows who's going to fill it out, how many students, or whether it's going to be accurate."

Salon reached out to more than two dozen professors and school administrations throughout Florida's public educational institutions to gauge their feelings toward HB 233.

The University of Florida, the state's flagship research university, responded with a statement: "In keeping with the best traditions of higher education, the University of Florida is a marketplace of ideas where a wide variety of opinions are expressed and independent inquiry and vigorous academic deliberation are valued. We believe the survey will reflect that, and we look forward to widespread participation across campus."

No administrators at other colleges or universities responded to Salon's inquiries.

Berman said that Florida's state schools are "in a position where they're not going to want to speak out against anything the governor and Republican leadership is supporting," adding, "If it comes to it, I hope they support their faculty."

Dr. David Canton, director of the African American Studies Program at the University of Florida, told Salon in an interview that the bill is "a political stunt – a diversion or way to carry over to November 2022 [i.e., DeSantis' re-election campaign] due to a lack of any policies."

"If you look at the data and numbers," he added, "the reality is that it's hard to get a diversity course as a requirement; you get so much resistance from some students." Florida colleges and universities, he said, are "not liberal bastions of indoctrination."

Canton also noted that the bill does not serve the state's long-term economic interests because it could drive top-tier scholars away from graduate programs or faculty positions in Florida schools.

Other provisions in HB 233, beyond the mandatory surveys, have also become controversial. One such provision allows students to "record video or audio of class lectures for their own personal educational use."

While the state of Florida has a two-party consent law — meaning that all individuals in any form of communication must consent to being recorded — the bill appears to carve out a specific exemption for college and university classrooms, which have previously been understood as private spaces.

Karen Morian, the president of United Faculty of Florida, one of the state's leading faculty unions, told Salon in an interview that the provision "was created to allow the creation of 'gotcha' videos or reputation-destroying videos," in which conservative students record and leak evidence of their professors promoting "radical leftist" views.

During the bill's consideration, Morian said a host of concerns arose around illegal sharing of such videos, the potential for deceptive editing, and the non-consensual recording of minors. "All these questions were raised in committee and debate, but none of them were clarified nor was the language revised," she said.

In recent years, professors at many academic institutions across the country have been the subjects of "whistleblowing" by conservative students who feel their voices have been stifled. In April, the Intercept reported on an organized "whistleblowing" effort by Campus Reform — a billionaire-backed conservative nonprofit that trains student activists to expose "liberal bias" in higher education. It found that the conservative group targeted hundreds of professors with "online harassment campaigns, doxxing, threats of violence, and calls on universities to fire [them]." According to a survey this year by the American Association of University Professors, 40% of professors targeted by Campus Reform reported receiving threat by email, phone, or social media.

In 2016, Turning Point USA, another conservative youth advocacy group funded by right-wing billionaires, similarly launched the Professor Watchlist, an online registry of academics who it suggested "discriminate against conservative students and advance leftist propaganda in the classroom." The site also led to a number of threats made against professors, including threats of rape and lethal violence.

Apart from video and audio recordings, HB 233 also addresses attempts by school administrations to "shield" their students from discomfort. The measure defines "shielding" as "limit[ing] students', faculty members', or staff members' access to ... ideas and opinions that they may find uncomfortable, unwelcome, disagreeable, or offensive" and prohibits the practice altogether, which conceivably restricts or removes administrators' ability to decide who should be given a platform on campus.

Morian told Salon that administrators "have the safety of students to consider when making those decisions."

In 2017, the University of Florida allowed neo-Nazi Richard Spencer onto campus to give a speech, a move that was angrily rejected by much of the student body. After the event, police arrested three of Spencer's supporters who made "Nazi salutes, repeated Hitler chants and then shot at a group of protesters."

Administrators should have the flexibility to deny such speakers access to university platforms, either for educational or campus safety reasons, Morian said. "The legislature has seemingly taken those decisions away from our institutions. So we don't know what's going to happen."

Though HB 233 has received considerable media attention recently, it is best understood as part of Florida's broader effort to crack down on the perceived or apparent influence of the left in both K-12 and higher education.

During this year's legislative session, the state Senate attempted to pass a bill to reduce the amount of scholarship money given to students who major in lower-paying fields in the humanities. That bill failed to reach the governor's desk.

More recently, DeSantis signed a bill last week that will require Florida K-12 schools to teach their students that communist governments are undesirable. The governor said Florida's public school curriculum will now paint "portraits in patriotism," and provide "first-person accounts of victims of other nations' governing philosophies who can compare those philosophies with those of the United States."

Polsky, the Democratic state senator, called the latest attempt by conservatives to wrest control over Florida's educational system especially ironic. "It's a big government situation," he said. That's what "they say they're against."