‘The new Roaring 20s’ — the post-Trump era is seeing a trend of ‘excess’: report 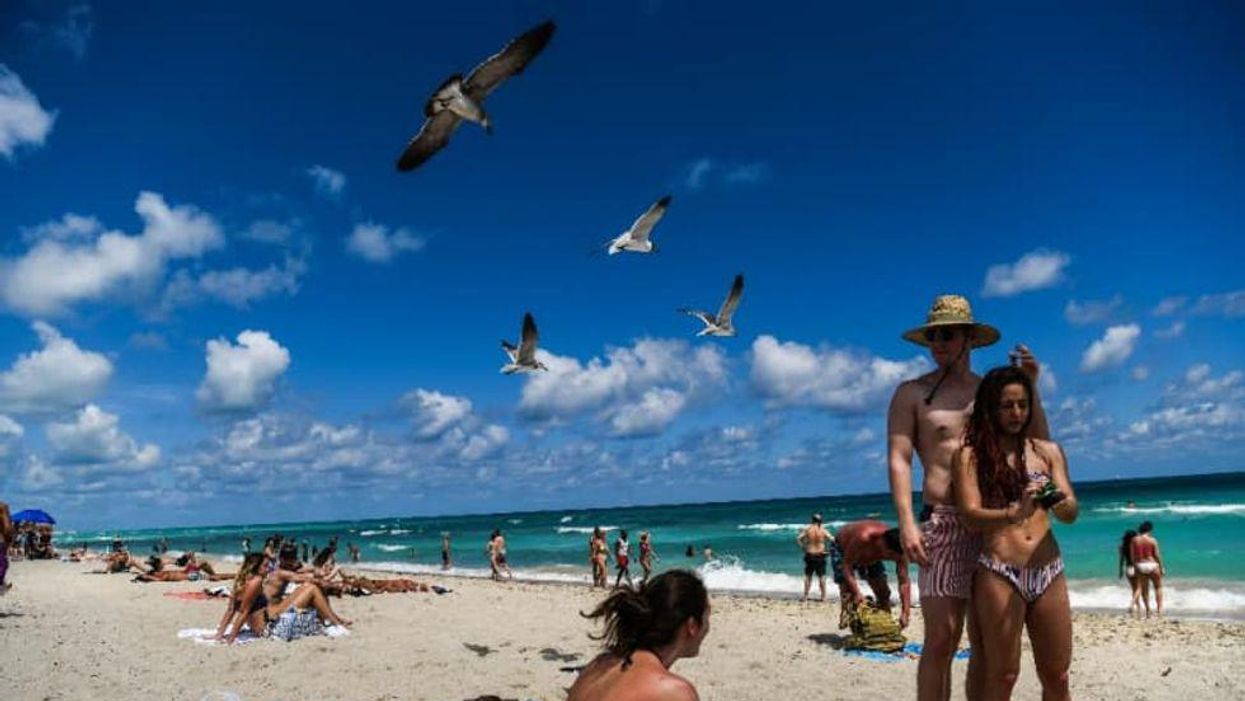 If history repeats itself, the 2020s may mirror the 1920s in terms of social activity — although hopefully not economically, as the Great Depression started in 1929. According to Vice's Drew Millard, there are already signs of the Biden era turning into the "Roaring 2020s."

The COVID-19 pandemic has been the world's worst health crisis since the Spanish flu pandemic of 1918/1919, which was devastating and killed millions of people. As deadly as COVID-19 has been — this pandemic, according to Johns Hopkins University in Baltimore, has killed more than 3.9 million people worldwide — the 1918/1919 pandemic was much deadlier. Yet that pandemic was followed by a boom in social activity. The 1920s went down in history as an era of bootleggers, Al Capone, flappers, jazz bands and "The Great Gatsby." And Millard predicts that the 2020s will, similarly, become a decade of "excess."

In an article published by Vice on June 23, Millard writes, "Coronavirus cases are down, meme stocks and crypto markets are up. It has been nearly two fiscal quarters since Donald Trump left the White House, the sun is out, and I, personally, am ready to party. There is an exuberance in the air, as though we've emerged from a year spent getting poorer and sadder, alone, ready to get richer and happier, together — not through organizing and collective action, but by getting so irrationally excited about some random bullshit that it magically becomes worth money."

Obviously, much has changed since the 1920s — technologically, musically, socially and otherwise. The flappers of the 1920s partied to jazz greats like Fletcher Henderson, Louis Armstrong, Duke Ellington and King Oliver; in 2021, hip-hop reigns supreme in pop culture. Cardi B. is on the charts; not bandleader Paul Whiteman or pop singer Al Jolson. And these days, Millard notes, rappers are known for images of "excess."

"Leave it to Tyga to encapsulate the totality of 2021 in a single tweet," Millard writes. "On June 3, the Los Angeles rapper announced that he would be investing heavily in PAWGCoin, a jokey cryptocurrency project modeled on the recent DogeCoin boom with the ultimate goal of creating an NFT market for nudes."

One symbol of the 1920s that remains popular in 2021 is the bob haircut. During the 1920s, the bob was closely identified with flappers — and it became a symbol of feminism. The more social conservatives railed against the bob cut, the more popular it became.

Back in 1920 and 1921, Americans were fed up with the social distancing that the Spanish flu pandemic brought. And Millard sees a similar mood in 2021.

Millard observes, "It really does feel as if we're stepping outside for the first time in months, only to discover that the tectonic plates have shifted below our feet, resulting in strange new formulations all around."

Millard stresses, however, that many Americans didn't prosper during the Roaring 1920s.

"So, are we due for a Roaring 20s redux, with semi-legal weed in place of Prohibition, people who are really into the word 'aesthetic' instead of flappers, and TikTok as an online analog to Weimar Germany's cabarets?," Millard writes. "Yes, but only if you accept that the 1920s kind of sucked. In her book 'The Modern Temper: American Culture and Society in the 1920s,' historian Lynn Dumenil writes that 'the aura of wealth' that defined the decade 'obscured a highly skewed distribution of income that placed the bulk of the country's assets in the hands of the few.'"

Millard continues, "She adds that nonetheless, 'the 1920s were marked by a sense of prosperity and a get-rich-quick mentality, evident not only in the stock market but also in giddy land booms in Florida and Los Angeles that reflected prosperous Americans' sense of a new era of unlimited material progress.' Which, like, have you looked at home values lately? Sheesh!"