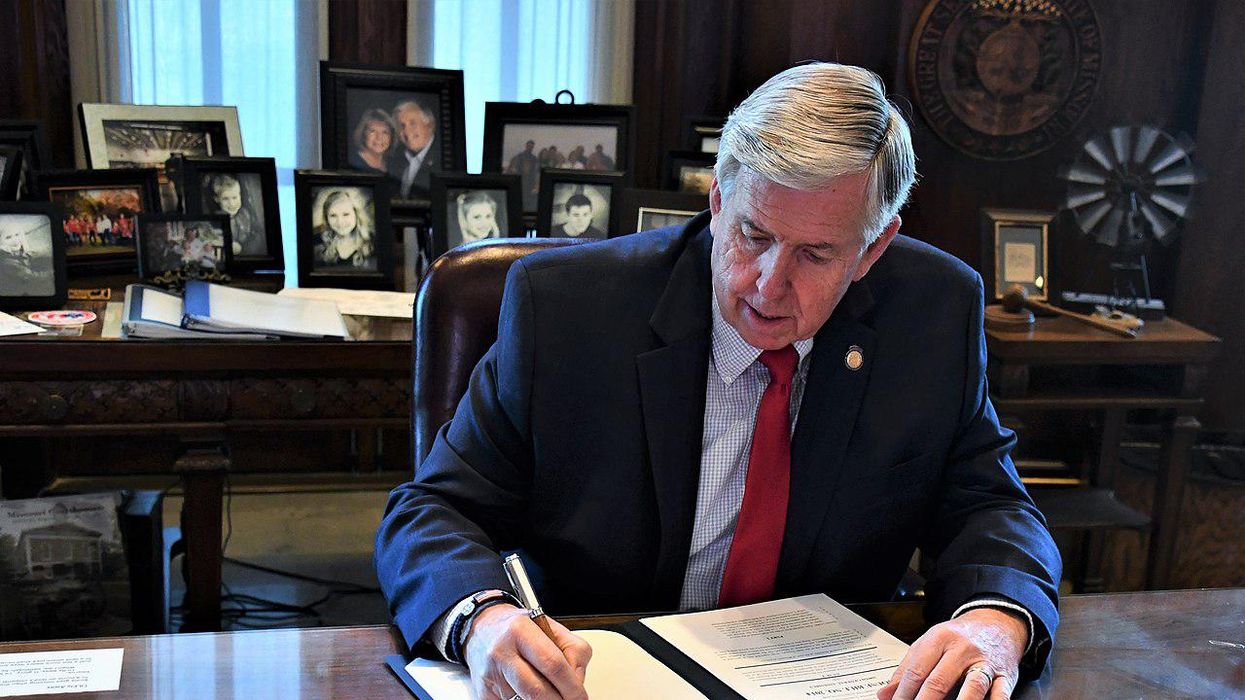 If Roe v. Wade is overturned by the U.S. Supreme Court, Missouri is one of the Republican-controlled states in which abortion will likely be outlawed. But far-right social conservatives, as many feminists have noted, are not only going after abortion, they are opposed to contraception and sex education as well. And reproductive freedom, journalist Jonathan Shorman reports in the Kansas City Star, was a prominent topic last week during a "heated hearing that resembled a remedial sex education course."

Shorman reports that a committee in the Missouri State Senate "debated the merits of restricting Medicaid coverage of birth control and limiting payments to Planned Parenthood as part of a must-pass renewal of a hospital tax that generates $4 billion a year to fund Medicaid, which provides health coverage to low-income residents."

"A group of conservative senators are demanding limits on birth control coverage and Planned Parenthood payments be included to win their support, though Medicaid is already prohibited from paying for abortions," Shorman explains. "The tax, called the Federal Reimbursement Allowance or FRA, expires September 30. But Gov. Mike Parson plans to impose draconian spending cuts if an extension isn't approved by July 1, when the new budget year begins."

One Republican who stood up for contraception during that hearing was Missouri State Sen. Jeanie Riddle, who said, "Women in the state of Missouri want, need and deserve contraceptives, and I really don't want contraceptives to be part of this."

Missouri State Sen. Greg Razer, a Democrat representing Kansas City, spoke out as well, saying, "I have a feeling that a lot of us in the room and on this committee are probably a little embarrassed at our lack of knowledge on the female reproductive system. So, as the lone gay man in the room, I will just freely admit that…. I am not familiar."

Those who testified during the hearing ranged from members of the anti-abortion Missouri Right to Life to Planned Parenthood, which now offers the only legal abortions in the entire state of Missouri at a clinic in St. Louis. Samuel Lee, a Catholic anti-abortion activist, testified as well — and Missouri State Sen. Barbara Washington, a Kansas City-area Democrat, expressed her frustration when she asked Lee, "Do you believe in birth control at all?

Another Missouri resident who testified during the hearing was Michelle Trupiano, executive director of the Missouri Family Health Council — which provides contraception. Shorman notes that Trupiano "said that if Missouri passes the compromise and defines pregnancy as beginning at implantation, then the bill's provisions probably won't have an impact. But if the state relies on other definitions, such as those advanced by abortion opponents, 'then this would have a very severe impact and limits the ability of Medicaid patients to choose IUD and emergency contraception as a form of birth control.'"

Trupiano testified, "So, the question is: who's definition are we going with — a medical community or personal beliefs? And who gets to decide that?"