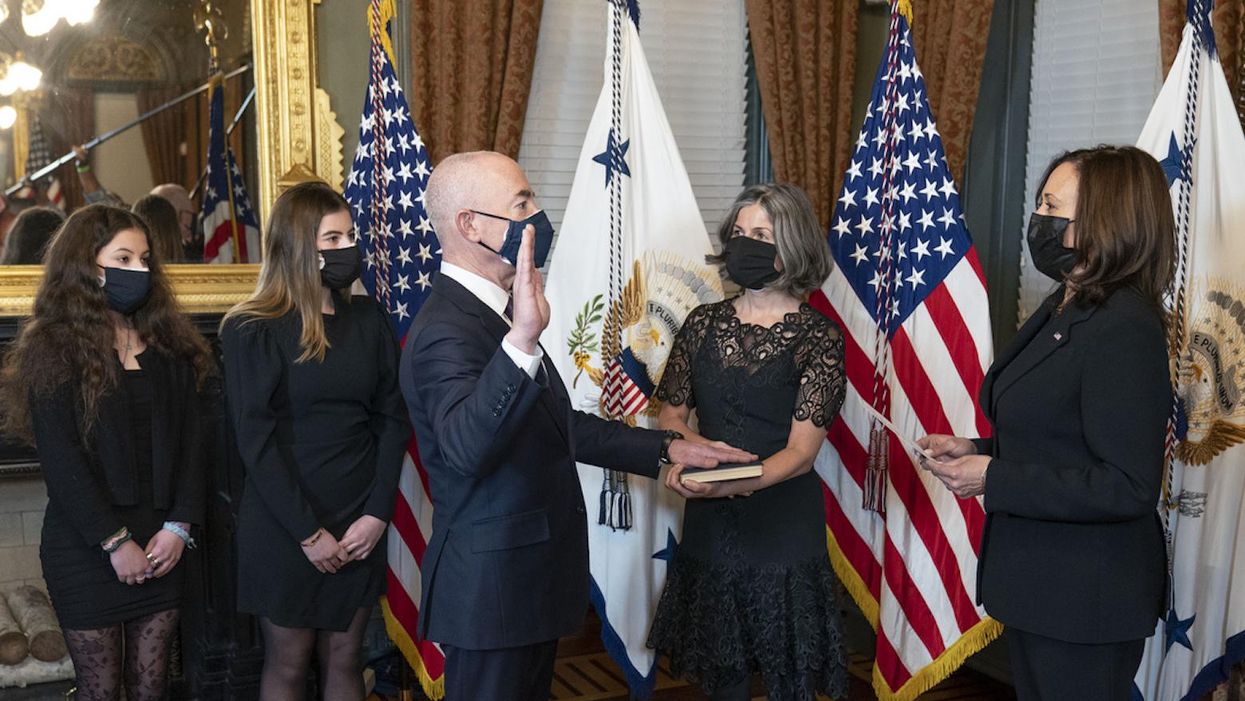 Migrant rights advocates on Tuesday welcomed an announcement by the Biden administration that it is ending the so-called Migrant Protection Protocols—commonly known as the "Remain in Mexico" program—in a move to reverse yet another of former President Donald Trump's xenophobic and racist immigration policies.

In a memorandum (pdf) announcing the move, U.S. Homeland Security Secretary Alejandro Mayorkas wrote that the Migration Protection Protocols (MPP)—under which tens of thousands of Central American asylum-seekers were forced to wait in Mexico until their claims were reviewed—"does not adequately or sustainably enhance border management in such a way as to justify the program's extensive operational burdens and other shortfalls."

"It is certainly true that some removal proceedings conducted pursuant to MPP were completed more expeditiously than is typical for non-detained cases, but this came with certain significant drawbacks that are cause for concern," wrote Mayorkas. "The focus on speed was not always matched with sufficient efforts to ensure that conditions in Mexico enabled migrants to attend their immigration proceedings."

"I share the belief that we can only manage migration in an effective, responsible, and durable manner if we approach the issue comprehensively, looking well beyond our own borders," he added.

President Joe Biden suspended the MPP program on his first day in office as part of a raft of executive orders and other actions aimed at dismantling Trump's anti-immigrant policies. In the months since, the administration has ended the so-called Muslim ban, allowed families separated under Trump's "zero-tolerance" policy to remain in the U.S., raised the refugee admittance cap, preserved the Defered Action for Childhood Arrivals program, and canceled contracts related to the construction of the Mexican border wall.

However, immigrant rights advocates have criticized the Biden administration for deporting hundreds of thousands of people—largely under a Trump-era policy called Title 42—as well as for jailing migrants including children in overcrowded facilities, and for seeking nearly $25 billion in funding for U.S. Immigration and Customs Enforcement and U.S. Customs and Border Protection in his proposed 2022 budget.

In the end, it wasn't a court that shut down the Trump administration's Remain in Mexico policy but a memo from the… https://t.co/bKEeQoR6AV
— Hamed Aleaziz (@Hamed Aleaziz) 1622576278.0

Reps. Bennie Thompson (D-Miss.), chair of the House Committee on Homeland Security, and Nanette Diaz Barragán (D-Calif), who heads the House Homeland Security subcommittee on Border Security, Facilitation, and Operations, published a joint statement calling MPP a "stain on our nation's history and our long-standing tradition of protecting refugees and asylum-seekers."

"Despite Republican efforts to misrepresent U.S. asylum law and smear those fleeing violence and seeking asylum, we must remember that it is completely legal to come to the U.S. border and seek asylum," Thompson and Barragán said.

"While the process has been underway to dismantle MPP and bring asylum-seekers in the country, more still needs to be done to help those hurt by the policy and we look forward to working with the administration on those efforts," they added. "We must ensure we have a just and humane asylum processing system."

Judy Rabinovitz, the lead ACLU attorney who challenged the MPP policy, said in a statement that "this is a huge victory."

"The forced return policy was cruel, depraved, and illegal, and we are glad that it has finally been rescinded," asserted Rabinovitz. "The administration must follow through on this announcement by ensuring that everyone who has been subjected to this policy can now pursue their asylum cases in the United States, in safety and without additional trauma or delay."

Rabinovitz added that Biden "must swiftly move to dismantle the Trump administration's other attacks on the asylum system, including the unconscionable Title 42 order."