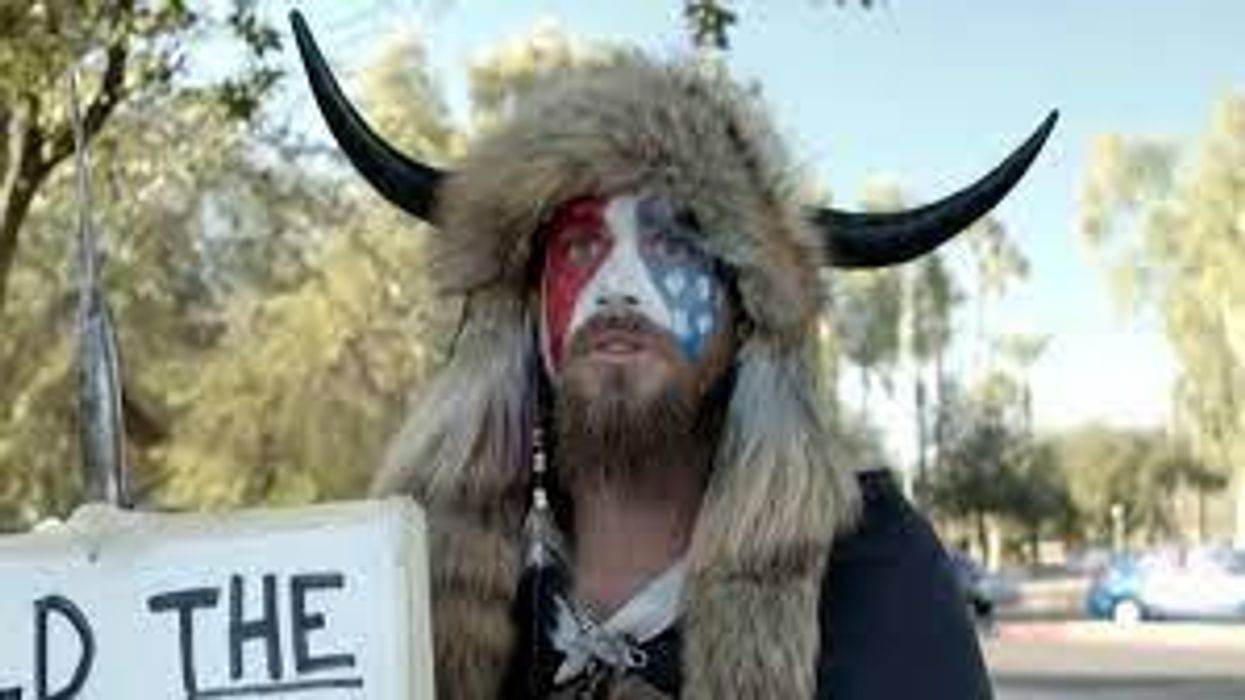 Never Trump conservatives have been hoping that QAnon conspiracy theories would disappear from the Republican Party. But in an article published by Vice this week, journalist David Gilbert reports that the opposite is happening: the GOP has become increasingly receptive to the type of conspiracy theories that QAnon promotes.

One conspiracy theory that QAnon extremists have been aggressively promoting is the Big Lie: the debunked myth that the 2020 presidential election was stolen from former President Donald Trump because of widespread voter fraud. In fact, the election was quite secure, and now-President Joe Biden enjoyed a decisive victory when he won 306 electoral votes and defeated Trump by more than 7 million in the popular vote. But Gilbert notes that according to a recent Morning Consult poll, 64% of self-identified conservatives believe the Big Lie — and 63% of QAnon supporters believe it.

"It's important to remember, at this point, what QAnon followers do believe: that former President Donald Trump is waging a secret war against a shadowy group known as the 'Deep State,' who are protecting a group of Democratic and Hollywood elites running a secret child sex trafficking ring for the purposes of harvesting a chemical from the children's blood to prolong their lives," Gilbert explains.

Pro-Trump Republicans don't necessarily buy into QAnon's delusion that the United States' federal government was hijacked by an international cabal of Satanists, child sex traffickers and cannibals — or that R&B superstar Beyoncé is really an Italian woman named Ann Marie Lastrassi, who is only pretending to be Black and reports directly to billionaire George Soros as part of the conspiracy (another QAnon belief). But those Republicans do join QAnon in promoting the Big Lie.

"The election fraud theory has its origins in the QAnon online fever swamp, and the anonymous poster known as Q pushed it for months prior to the election," Gilbert observes. "But in the wake of Trump's loss in November, it has become mainstream GOP orthodoxy, pushed by Republican leaders and the former president himself."

Gilbert adds, "Now, five months after Biden's inauguration, the conspiracy persists, in part thanks to the bogus audit currently taking place in Arizona. The audit is being watched closely by Trump, who has reportedly told aides that he believes he will be back in the White House by August."

Aoife Gallagher, an analyst with the Institute for Strategic Dialogue's Digital Analysis Unit, argues that QAnon's influence on the GOP has grown by leaps and bounds.

Gallagher told Morning Consult, "You can't overstate, really, how much QAnon had a role in what happened on January 6, had been pushing voter fraud claims well before last year…. I think the influence of QAnon in the wider Republican Party is huge, but people wouldn't recognize that it's QAnon."