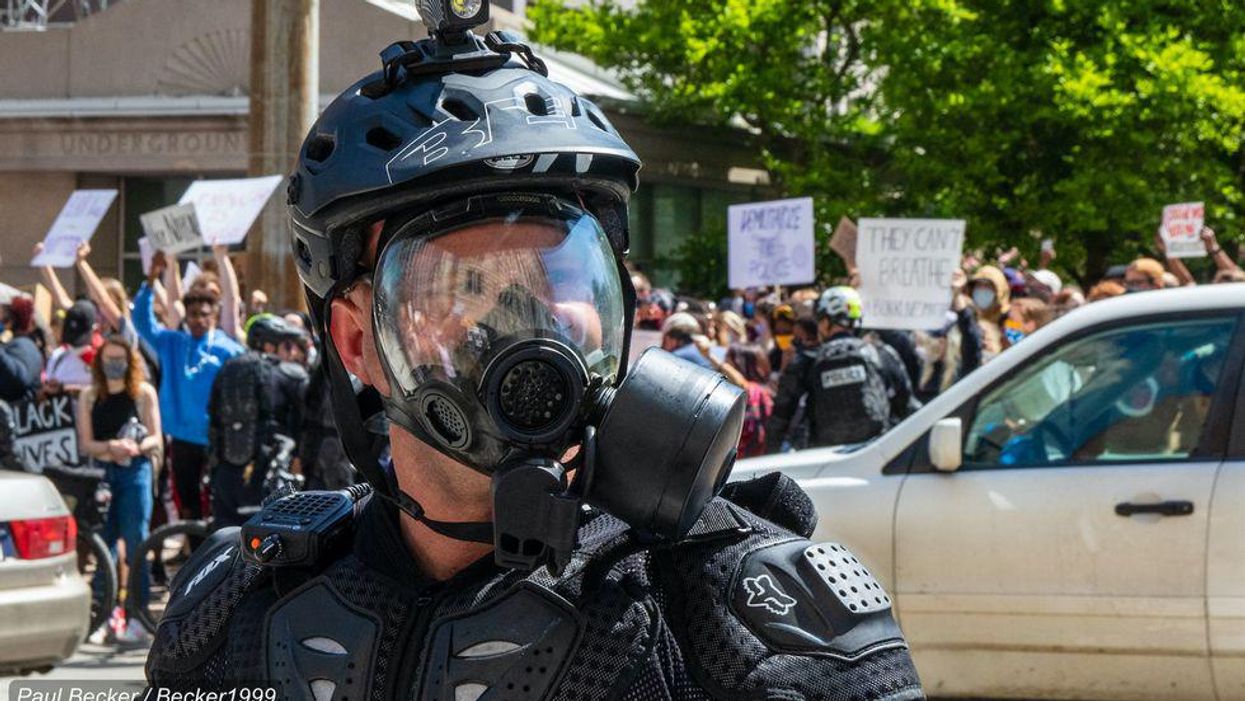 We've been hearing a familiar drumbeat: violent crime is rising and Democrats are to blame. CNN published an article entitled "Defund the police encounters resistance as violent crime spikes" and The Daily Beast opined, "If violent crime rates keep rising like they have over the last year, it will reaffirm long-held stereotypes about bleeding-heart liberalism." Republicans are, predictably, seizing on the issue. Mitch McConnell, the Senate minority leader, declared: "From coast to coast, American families are facing an explosion of violent crime on their streets and in their neighborhoods."

The party of "law and order" is clearly salivating over exploiting the crime rate and, unfortunately, many in the news media are amplifying hyperbolic inaccuracies. The truth about the crime rate is more complicated and less politically expedient.

So what's actually going on?

The FBI hasn't yet released final numbers for 2020, but estimates based on preliminary data indicate a rise in homicide and aggravated assault rates in 2020, compared to 2019. Robberies and rapes, on the other hand, are expected to have decreased over the same period. Similar effects can be seen in preliminary data from 2021.

How should we interpret these data?

If the Republicans actually cared about national rates of homicide and aggravated assault, they'd do something about all the guns.

Well, first of all, contrary to Republican propaganda, violent crime is not generally on the rise. Homicides and aggravated assaults have risen—and this is concerning—but other forms of violent crime are actually in decline. Additionally, while we might be seeing the beginning of an actual increase in homicide and aggravated assaults, we can't really tell at this point. Crime rates fluctuate quite a bit from year to year, so we can't actually extrapolate a broader pattern based on one or two increases. Such fluctuations also seem extreme given that violent crime is a low probability event.

To put this in context, the homicide rate in the United States has dramatically fallen since the 1990s. However, within this decline, there have still been fluctuations, which can be seen in data from the FBI. Homicides rose after 2000 and declined after 2007, culminating in a record low in 2014. Homicide rates then rose again in 2015, before beginning a decline in 2017. Even the surges were below 90s levels. That said, however, "HOMICIDE SPIKE" makes a much more compelling than the real story, which is this: there is a lot of variation and criminologists can't completely account for it.

The 2015 rise in homicides also inspired GOP attacks on Democrats, as well as dire predictions by the news media. The New York Times, for example, published a piece about a "Murder Surge," writing that, "the country's murder rate jumped more last year than it had in nearly half a century." 2015 seemed to portend a grim future of continuously increasing murders. Then homicides fell again. No one said much else.

Now, in 2021, the current change in homicide rates has once again brought multiple theories to the public for debate. So, why have rates risen? The best answer is that we really don't have the data yet. Anyone who stipulates a definitive causal factor—like "Defund the Police" intimidating law enforcement officers—is just making things up. We can say, however, that some hypotheses are clearly better than others.

A hypothesis that makes a lot of sense is that 2020 was unique. In 2020, the entire social order was disrupted. As a pandemic gripped America, state and local governments took unprecedented actions to restrict human contact. Americans witnessed their fellow citizens dying. Hospitals buckled, businesses closed and millions lost employment. During this disruption, George Floyd was murdered, which inspired large protests against racial injustice across the country. It is not at all surprising that such general societal unease would correspond with rising crime.

There are also less reasonable hypotheses, namely that police are so intimidated by criticism they can't function. A similar hypothesis was floated around under the name "The Ferguson Effect" after crime rose in 2015 and has since been debunked.

And here's just some basic logic to apply to this claim: if increased crime were due to police being newly shy in the face of protests, why would the homicide rate rise while rape and robbery rates fell? Is there something specific about racial justice protests that makes police less able to control murders, while becoming more efficient at preventing rape and robberies? Absent more data, this doesn't seem plausible.

Additionally, the limited national data on violent crime rates obscure important local differences, including the relationship between the type of policing and crime. Areas like West Memphis, Tenn., and New Bedford, Mass., have actually observed decreases in crime that officials attribute to community-based policing. Camden, NJ, credits stronger community relationships for more efficient detective work in solving homicides. And Baltimore, often cited as one of the crime capitals of the US, has seen a 20 percent decline in violent crime. Baltimore observed this difference after deprioritizing the policing of minor offenses, such as drug possession and sex work.

So what does this all mean?

It's already clear that Republicans will attempt to use the national rise in homicide rates to their advantage, blaming Democrats for a terrifying scourge of carnage and fear. News organizations are following suit, going so far as to publish articles on a "plague of violence." Hyperbolic headlines risk instilling fear in Americans, when, in fact, the data tell a more complex story. How should liberals respond?

First, liberals should say they have proposals that would likely reduce not only violent crime, but all crime, such as social support in healthcare, education and housing.

Second, we already know, regardless of year-to-year changes, the US homicide rate is far too high, a fact liberals are also attempting to address through gun control. Our homicide rate vastly exceeds other Western democracies because our society is saturated with guns. No matter how much the rate changes every year, over 70 percent of all homicides are carried out with a gun. This is one trend that is not fluctuating.

So, the next time you see Republicans whining about violent crimes, remind them that violent crimes are not increasing overall. Homicides are up, but the overall rate is still low. The streets are not on fire. Rapes and robberies are down. "Urban" America is not descending into dystopia. Maybe we're seeing the beginning of a new crime wave, but we might be just witnessing random variation or the unique effects of the pandemic.

Either way, year-to-year increases in the homicide rate are less concerning than the fact that homicide in the United States is generally elevated compared to other countries. "Defund the Police" is not responsible for any of that. Tools that allow for the quick and efficient destruction of human lives are. If Republicans actually care about the homicide rate, they should do something about all the guns.