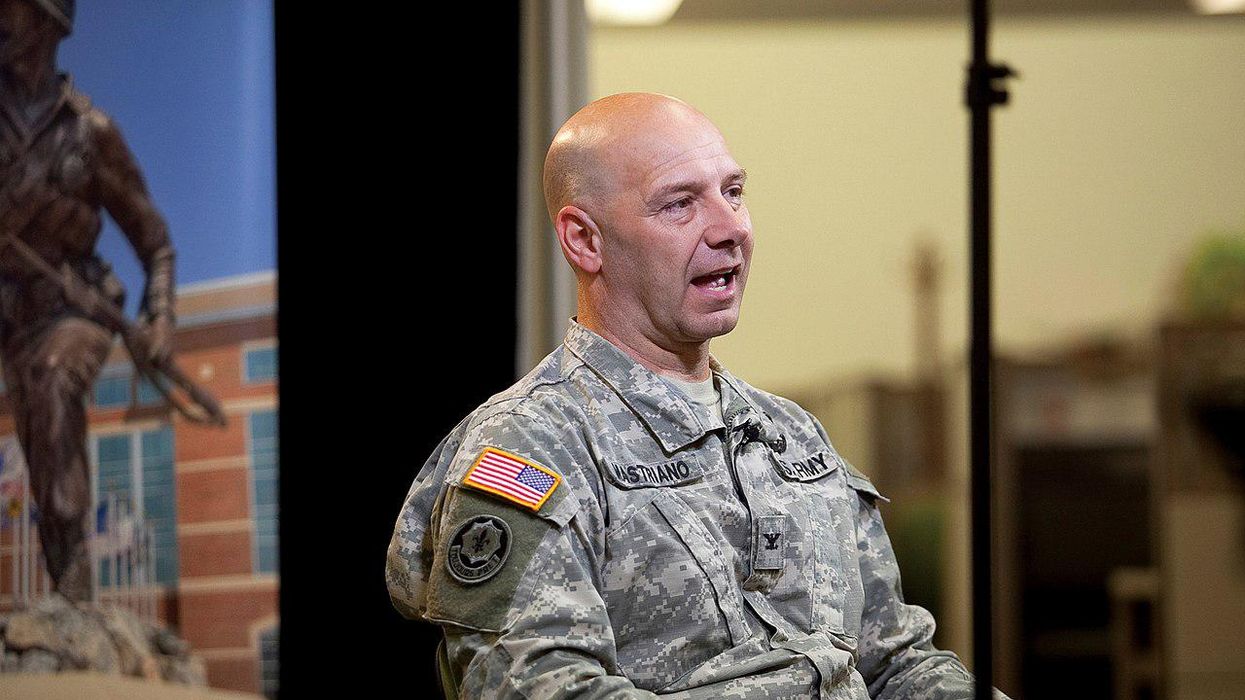 When now-President Joe Biden defeated former President Donald Trump in the 2020 presidential election, his campaign had no problem with legitimate bipartisan recounts in Pennsylvania, Arizona, Georgia and other states that he won — and those recounts confirmed his victory. But the partisan, overtly pro-Trump GOP "audits" now being conducted in Arizona and other states are not legitimate recounts, and the editorial board of the York Dispatch in York, Pennsylvania slams State Sen. Doug Mastriano, a far-right Republican, and his allies for pushing for such an "audit" in the Keystone State.

In a scathing editorial published on June 14, the Dispatch's editorial board writes, "It will come as small surprise to anyone following the 2020 elections and their sorry aftermath that one of the ringleaders is State Sen. Doug Mastriano. The freshman Republican from Franklin County has worked tirelessly this past year to disenfranchise his own constituents in service to disgraced, disgraceful former President Donald Trump."

The Dispatch's editorial board continues, "It was Mastriano, recall, who orchestrated a post-election Gettysburg panel last November to trumpet unfounded allegations of voter fraud from Trump lawyer Rudy Giuliani and others; who called for Pennsylvania's legislature to overturn Trump's loss in the state; who plotted with Trump more than a dozen times in the weeks after the president's overwhelming electoral defeat; who was in the nation's capital on January 6 along with thousands of other Trump-obsessed insurgents; and who has backed a variety of politically motivated, unnecessary voting restrictions."

The editorial notes that on June 6, the Washington Post's Rosalind S. Helderman reported that in late December, Republicans in Pennsylvania's state legislature were pushing for an unofficial "audit" of the state's election results not unlike the ludicrous Cyber Ninjas "audit" presently being conducted in Maricopa County, Arizona. The Pennsylvania election results were the subject of official bipartisan recounts, which Biden's campaign had no problem with. But what Trumpistas and far-right conspiracy theorists like Mastriano have been pushing for in Pennsylvania isn't legitimate recounts, but fishing expeditions.

The Dispatch's editorial board notes, "In the months following last fall's election, Mastriano was among a group of Pennsylvania Republicans who, the Post writes, 'targeted at least three small counties, all of which Trump had won handily. Their proposal was unorthodox: to have a private company scrutinize the county's ballots, for free — a move outside the official processes used for election challenges'…. So, a private firm given access to state and federally certified elections machines finds alleged 'issues' and uses them to plant suspicion and undermine voter confidence, the better to justify ever-increasing partisan voting restrictions. If that sounds like what's going on in Arizona, that may be less a coincidence than Pennsylvania being something of a dry run."

Democratic Pennsylvania Gov. Tom Wolf and Lt. Gov. John Fetterman — who is running for the U.S. Senate seat presently occupied by Republican Sen. Pat Toomey — have both been critical of Mastriano's antics, as has Pennsylvania State Republican Seth Grove, a Republican.

"Mastriano is now calling for an Arizona-like audit here, an idea quickly rejected by Gov. Tom Wolf and state Rep. Seth Grove, R-Dover Township, who chairs the House's State Government Committee — which oversees elections issues," the Dispatch's editorial board writes. "That opposition is welcome, but not as welcome as the day Mastriano eventually joins the past president he so slavishly emulates as a former office-holder. He has repeatedly shown Pennsylvania's voters he does not value their presence or opinions. Come November 2024, they must return the favor."