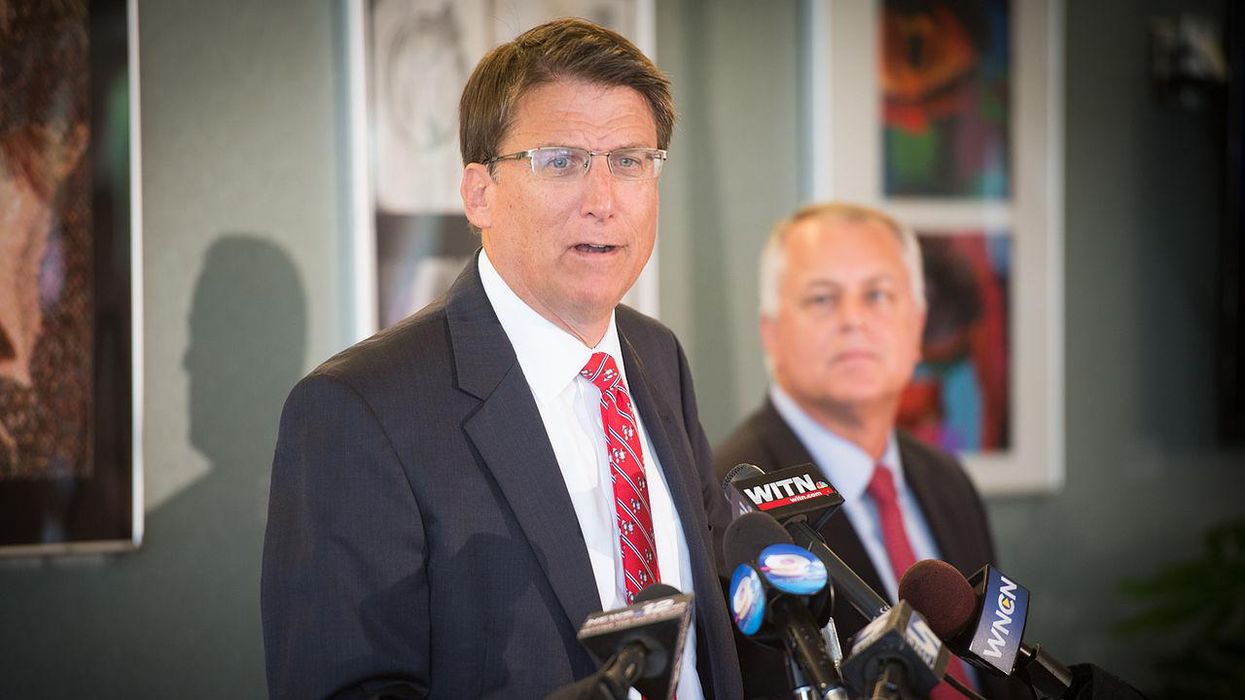 In North Carolina, where Sen. Richard Burr is retiring, the Republican primary for the state's 2022 U.S. Senate race has been growing increasingly intense. Burr has endorsed former North Carolina Gov. Pat McCrory, who he views as the most electable — while former President Donald Trump has endorsed Rep. Ted Budd (whose supporters believe that McCrory isn't MAGA enough). And Democrats are hoping that if Republicans tear each other to pieces during that primary, they will have a better chance of flipping the U.S. Senate seat that Burr presently holds.

In an article published by Politico on June 21, reporters Burgess Everett, Melanie Zanona and Olivia Beavers note that Trump's endorsement of Budd is his "first foray into an open primary in a battleground" in the 2022 midterms. And that endorsement is one that Burr strongly disagrees with. The 65-year-old GOP senator, who formerly chaired the Senate Intelligence Committee, views McCrory as "the only one in the race that can win the general election."

Everett, Zanona and Beaver explain, "McCrory has been meeting privately with Republican senators to make his case that, as a former governor, he has a far better path than Budd or another GOP primary hopeful, former Rep. Mark Walker (R-N.C.), according to people familiar with the situation. The stakes of the race to replace Burr are high: North Carolina is one of Democrats' best chances to pick up a seat next year, and Republicans are just one seat away from taking back the majority…. If Republicans nominate a weaker general election candidate in a single state like North Carolina, they could end up blowing their shot at taking back the Senate."

In addition to being endorsed by Trump, Budd has been endorsed by the Club for Growth. And Budd's supporters have argued that if McCrory is such a strong candidate, he wouldn't have been voted out of office in 2016 — when he was defeated by Democrat Roy Cooper, now governor of North Carolina.

Although he's running against him, Walker acknowledges that McCrory is presently the "favorite." Walker told Politico, "Right now, I still think Pat is the favorite due to running so many times statewide. However, I believe President Trump will unload on McCrory, which is going to damage him in a Republican primary when you have more people paying attention."

Walker believes that Trump's endorsement of Budd was ill-advised and was encouraged by former White House Chief of Staff Mark Meadows.

The more contentious North Carolina's 2022 GOP Senate primary, the better it could be for Democrats.

Everett, Zanona and Beaver observe, "Amid early signs that the race could get nasty, there are fears the eventual GOP nominee could emerge damaged from the primary battle. Walker is the underdog, but his stinging attacks could provoke a reaction from his rivals that creates an even greater spectacle."