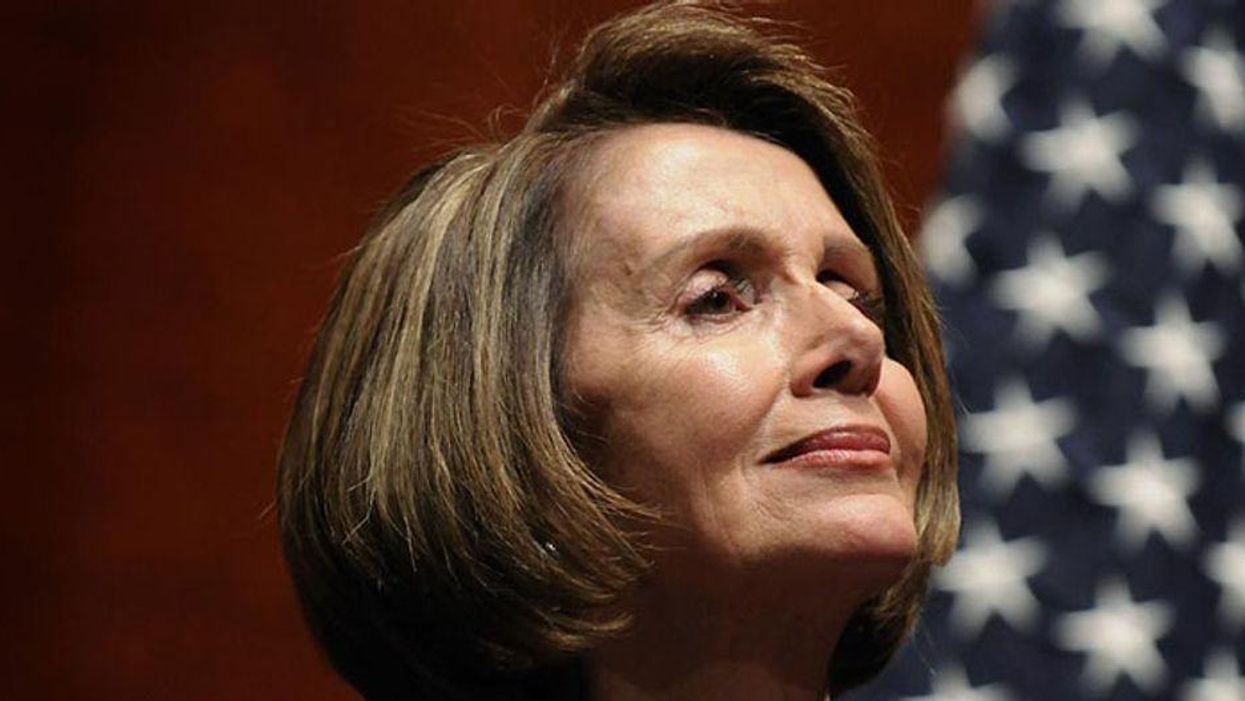 You cannot say House Speaker Nancy Pelosi rushed this decision but now, almost a month after Senate Republicans filibustered a commission to investigate the Jan. 6 attack on the U.S. Capitol, Pelosi announced that she's launching a select committee to investigate.

"This morning with great solemnity and sadness I'm announcing that the House will be establishing a select committee on the January 6th insurrection," Pelosi said.

On Tuesday, similar reports emerged that Pelosi would form a select committee, only to have Pelosi call it a "false report," with a spokesperson saying: "Speaker Pelosi told Members she plans to announce WHETHER she will create a select committee THIS WEEK. Her preference continues to be a bipartisan commission which Senate Republicans are blocking."

Senate Republicans have forced Pelosi's hand: It's a select committee, investigation by standing committees, or nothing. Pelosi and other Democrats really held out, promoting the idea of another Senate vote even though there was no reason to believe the needed Republican votes would materialize.

Following the Republican filibuster in which 35 Republican senators opposed to the creation of an independent investigatory commission defeated 48 Democrats and six Republicans in favor of it (with 11 senators not voting), Pelosi declared, "Honoring our responsibility to the Congress in which we serve and the Country which we love, Democrats will proceed to find the truth."

It's time to proceed. Past time, really.

In the effort to win Republican votes for a commission, Democrats made major concessions as to the shape the commission would have taken. They don't have to make as many concessions this time. It's a given that Republicans will try to paint anything a select committee does as a partisan witch hunt, so it might as well be an aggressive effort to find the truth as a weak tea effort to look nonpartisan. The weak tea investigation would get the same Republican treatment without the same chance of uncovering important information.

We need a select committee to find out as much as possible about how the attack on the Capitol unfolded, from the earliest planning stages to the days immediately leading up to it to the attack itself to the aftermath and any cover-up attempts. That means getting to the bottom of failures to gather and respond to intelligence about what the crowd of Trump supporters was planning, how the Capitol Police were so unprepared, and why the National Guard was delayed. It includes what Donald Trump was doing during the attack. It includes what Trump told House Minority Leader Kevin McCarthy, who has been so opposed to an investigatory commission. It includes which extremist groups were involved, and how, and how far-reaching their conspiracies were.

Federal prosecutors are at work on individual defendants and some conspiracies among the mob, but something this big can't be answered just through prosecution of the people on the scene. This was a violent effort to prevent Congress from doing its part in the peaceful transition of power, and it did not just happen organically.

Republicans have made clear that they don't want it investigated. They're engaged in an active campaign of downplaying and covering up, to the extent of 21 House Republicans voting not to award police responders the Congressional Gold Medal. Their participation in and response to a select committee to investigate has to be reported and assessed through that lens.