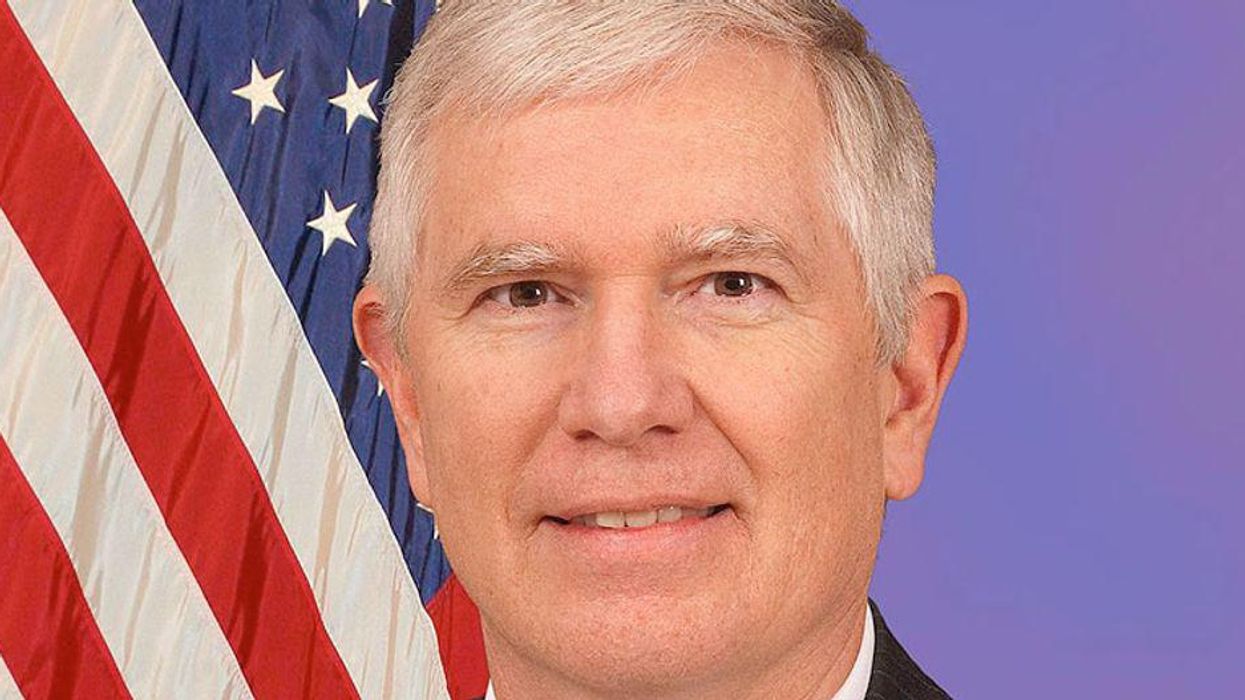 Republican Rep. Mo Brooks is finally getting the lawsuit he deserves for helping to incite a riot at the U.S. Capitol on Jan. 6. The congressman from Alabama confirmed in a tweet on Sunday that he has received the lawsuit Democratic Rep. Eric Swalwell had served at Brooks' home. "Well, Swalwell FINALLY did his job, served complaint (on my WIFE)," Brooks said in the tweet earlier discovered by CNN. "HORRIBLE Swalwell's team committed a CRIME by unlawfully sneaking INTO MY HOUSE & accosting my wife!"

One of Swalwell's attorneys, Philip Andonian, told CNN Brooks' allegations are false. "No one entered or even attempted to enter the Brooks' house," he said. "That allegation is completely untrue. A process server lawfully served the papers on Mo Brooks' wife, as the federal rules allow." Another of Swalwell's attorneys, Matthew Kaiser, told the news network Brooks can contest in court if he doesn't feel he was served legally. "We look forward to reading the papers," Kaiser said.

Brooks is accused of helping incite a deadly riot in former President Donald Trump's lying honor. Relying on unsubstantiated claims of widespread voter fraud, Trump called for his supporters to march to the Capitol to block Congress from certifying President Joe Biden's Electoral College victory. "We will never give up. We will never concede. It doesn't happen," Trump said at the Save America rally before the riot at the Capitol. "You don't concede when there's theft involved. Our country has had enough. We will not take it anymore, and that is what this is all about." At the same rally, Brooks asked the crowd if it was willing "to do what it takes to fight for America."

"Today is the day American patriots start taking down names and kicking ass!" Brooks said." Now, our ancestors sacrificed their blood, their sweat, their tears, their fortunes, and sometimes their lives, to give us, their descendants, an America that's the greatest nation in world history. So I have a question for you: Are you willing to do the same? My answer is yes. Louder. Are you willing to do what it takes to fight for America? [cheers and applause] Louder! Will you fight for America?"

Rep. Mo Brooks asking D.C. insurgents whether they are ready to sacrifice their blood for America

He was less boisterous in facing the fallout from his words. Swalwell had to hire a private investigator to track down Brooks after a judge in the case gave the California congressman 60 days to serve Brooks.

"Plaintiff had to engage the services of a private investigator to attempt to serve Brooks personally -- a difficult feat under normal circumstances that has been complicated further in the wake of the January 6 insurrection at the Capitol that Defendants incited," Swalwell's team said in a court document CNN obtained. "Plaintiff's investigator has spent many hours over many days in April and May at locations in multiple jurisdictions attempting to locate and serve Brooks, to no avail."

Brooks denied that he's been intentionally thwarting attempts to serve him. "I am avoiding no one," he told CNN through a spokesman on Thursday. "I have altered my conduct not one iota since Swalwell's politically motivated, meritless lawsuit was filed."

Speaking on Brooks' allegation that he was improperly served, Andonian added in his interview with CNN: "Mo Brooks has no one but himself to blame for the fact that it came to this. We asked him to waive service, we offered to meet him at a place of his choosing. Instead of working things out like a civilized person, he engaged in a juvenile game of Twitter trolling over the past few days and continued to evade service. He demanded that we serve him. We did just that. The important thing is the complaint has been served and Mo Brooks can now be held accountable for his role in inciting the deadly insurrection at the Capitol."