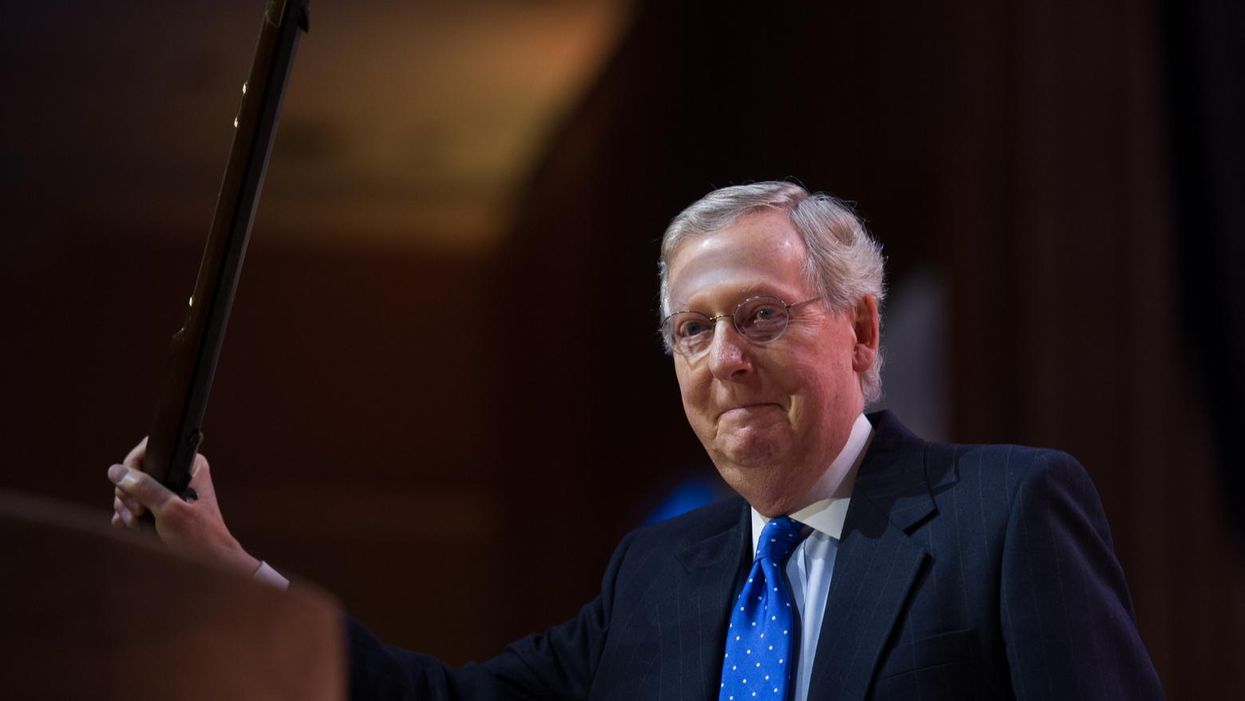 "Let me ask you, if you regain the majority in 2022 for the Republicans, and there's a very good chance of that happening," Hewitt posited, "would the rule that you applied in 2016 to the Scalia vacancy apply in 2024 to any vacancy that occurred then?"

McConnell responded by once again invoking happenstance as precedence.

"Well, I think in the middle of a presidential election, if you have a Senate of the opposite party of the president, you have to go back to the 1880s to find the last time a vacancy was filled," he said, not mentioning that none were actually blocked. "So I think it's highly unlikely. In fact, no, I don't think either party if it controlled, if it were different from the president, would confirm a Supreme Court nominee in the middle of an election. What was different in 2020 was we were of the same party as the president."

"And that's why we went ahead with it," McConnell added.

Senate Minority Leader Mitch McConnell tells @hughhewitt he would not allow President Biden to fill a SCOTUS vacanc… https://t.co/7mUT0UymGA
— The Recount (@The Recount) 1623685364.0

The U.S. Constitution says nothing about party control in the confirmation of a Supreme Court nominee, and in fact the founders warned of the dangers of even having political parties.

During the interview Hewitt credited McConnell's blocking of President Barack Obama's Supreme Court nominee to Donald Trump winning the 2016 election. Obama nominated then-Judge Merrick Garland 237 days before Election Day. McConnell bragged that blocking him is "the single most consequential thing I've done in my time as majority leader of the Senate."

"I'm not convinced a Republican-controlled Senate will ever confirm another Democratic president's appeals court nominees, either," says Slate staff writer on courts and the law, Mark Joseph Stern. "*Maybe* a tiny handful, but as a rule, Republicans will hold those seats open. They've all but admitted as much!"

Sorry to repeat myself, but I am truly baffled by the seemingly widespread belief that a Republican-controlled Sena… https://t.co/cxXpe65HDu
— Mark Joseph Stern (@Mark Joseph Stern) 1623683277.0

Democrats should assume that if Republicans win the Senate in 2022, they will refuse to confirm any of Biden's nomi… https://t.co/LLxgJaSPaz
— Mark Joseph Stern (@Mark Joseph Stern) 1623683486.0

Mitch McConnell will block any Biden nominee for the Supreme Court if Republicans control the Senate by 2024. Now… https://t.co/DNvzyf3vI4
— Keith Boykin (@Keith Boykin) 1623684579.0

@sahilkapur We’re living through an endless cycle of republican abuse of power and obstruction of justice that has… https://t.co/rJOlnoxt3g
— Luke Zaleski (@Luke Zaleski) 1623684096.0

US Senator for Massachusetts Ed Markey: