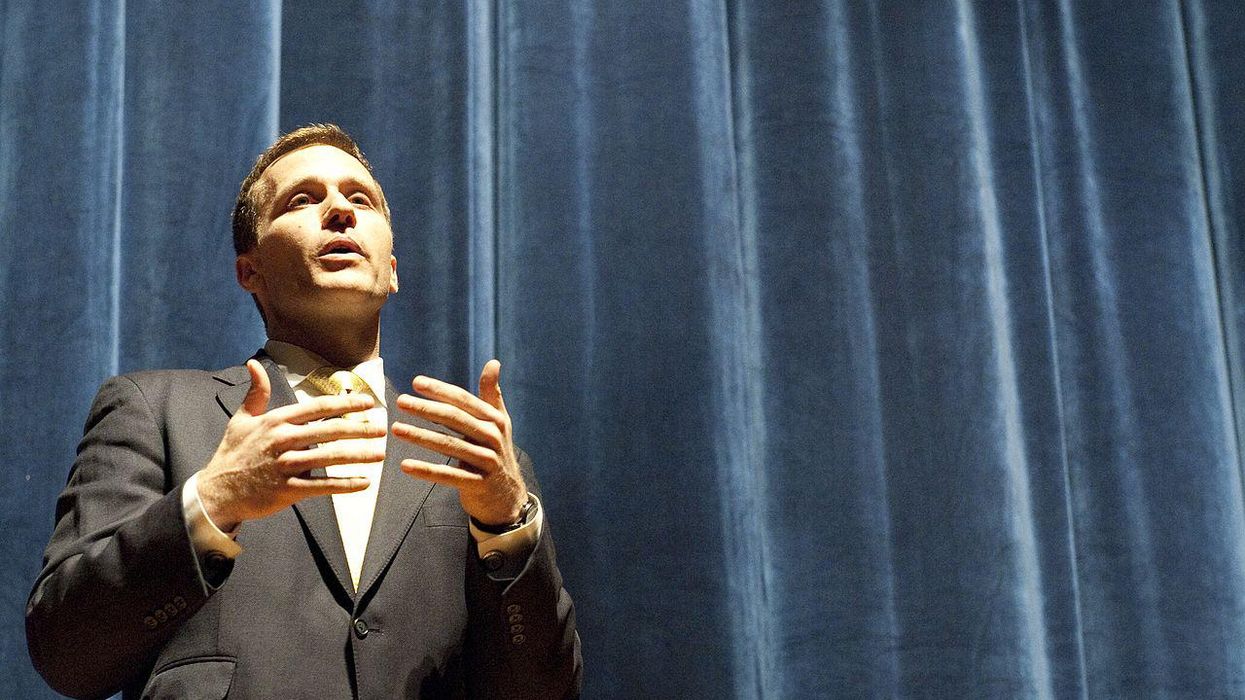 With Sen. Roy Blunt of Missouri retiring, Republicans are competing for the nomination to run against a Democrat in Missouri's 2022 U.S. Senate race. Kansas City Star reporters Bryan Lowry and Jonathan Shorman, in an article published on June 20, emphasize that sadly, peddling conspiracy theories has become increasingly common in that primary.

"Former Missouri Gov. Eric Greitens and St. Louis lawyer Mark McCloskey are making once-fringe positions key pieces of their message to voters as they vie for the GOP nomination to replace retiring Republican Sen. Roy Blunt," Lowry and Shorman explain. "It's a strategy being pursued by Republican candidates in races across the country ahead of 2022, as rhetoric from those seeking to undermine the legitimacy of President Joe Biden's decisive victory over former President Donald Trump continues to escalate."

In Missouri, Sen. Josh Hawley hasn't been shy about promoting the Big Lie, which claims that Trump was the victim of widespread voter fraud in the 2020 election when in fact, the election was quite secure — and Biden defeated Trump by more than 7 million in the popular vote in addition to picking up 306 electoral votes. Now, with Blunt retiring, Republicans who are hoping to win the U.S. Senate seat he now holds are joining Hawley in pushing the Big Lie.

Greitens recently visited Arizona, where he promoted the bogus Maricopa County election "audit" that the far-right firm Cyber Ninjas has been conducting. After Biden won Arizona in November 2020, legitimate bipartisan recounts were conducted — and they confirmed that Biden won the state. The Cyber Ninjas "audit," however, is not a legitimate recount, but a partisan exercise being promoted by far-right conspiracy theorists, including QAnon supporters.

The Star discussed the Big Lie and the 2022 midterms with Daniel Weiner, deputy director of election reform at New York University's Brennan Center for Justice. Weiner told the Star, "There's this weaponization and mainstreaming of disinformation. There's a troubling number of folks who are willing to traffic in this misinformation. It doesn't mean it's overtaken either party, but it's become far too mainstream for comfort."

David Becker, founder of the Center for Election Innovation and Research, is equally critical of pro-Trump Republicans who are willing to promote baseless election conspiracy theories.

Becker, who worked in the U.S. Department of Justice's Civil Rights Division under President Bill Clinton and later, President George W. Bush, told the Star, "This is going to take years — if not decades — to fix, the damage being done to our democracy."

Bob Beatty, who chairs the political science department at Washburn University in Topeka, Kansas, fears that more violence will result if Republicans continue to promote election lies. Beatty told the Star, "It goes beyond just short-term politics of politicians trying to gain votes. It really is a form of an attack on the country. If leaders change the political culture to not accepting election results, that will lead inevitably to political violence. We saw it on January 6 and it will continue. So, that's a direct consequence of this behavior."