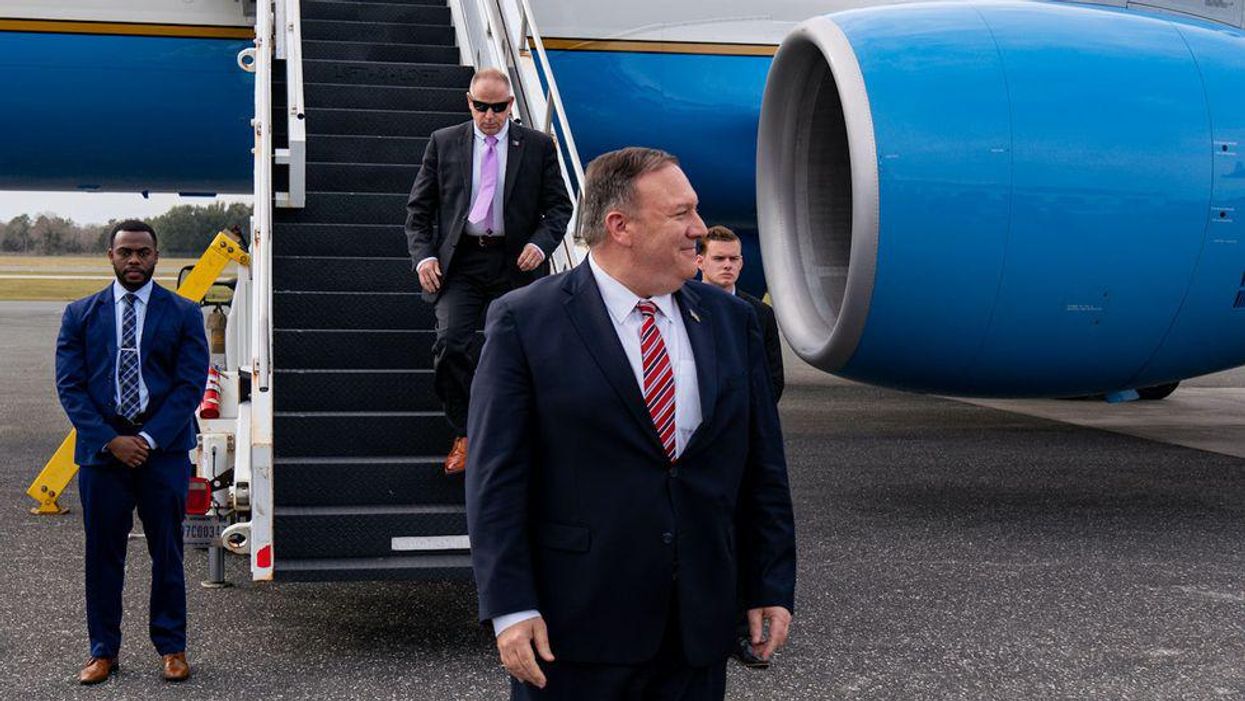 President Joe Biden and Vladimir Putin just met for their first summit since Biden was sworn in. They've known each other for years and there are many stories about their frosty interactions in the past. But hopefully, there will be something of a proverbial "reset" between the two countries coming out of this meeting after the disastrous embarrassment of the Trump years.

Back at home, however, we are very much haunted by the ghosts of old troubles. There used to be a quaint old tradition of members of outgoing administrations keeping quiet for a period of time to allow the new regime to set their own policies and establish their own relationships with foreign leaders. Needless to say, like all other norms and traditions, that one has been chucked in the garbage can and Trump and his top henchmen are all screaming that Biden has already failed.

On Tuesday, Trump issued one of his usual statesmanlike press releases in which he reminisced about his "great" meeting in Helsinki and admitted that he trusted the Russian government more than the "lowlives" who worked in US Intelligence:

"We need to go on the offense. We've lost deterrence when it comes to the Biden administration, and we've lost respect. Our allies no longer respect us. Our enemies are not deterred by the president and his administration. He needs to tell Putin, 'If there's another cyberattack in America coming from Russian soil, you're going to pay a price.'"

Are you feeling just a little bit disoriented reading that? It's like a dispatch from Bizarro World. Graham's comments are absurd, of course, and only on Fox News would they be met with anything but shock or hysterical laughter.

Trump's behavior toward Putin was one of the most surreal and suspicious relationships between an American president and a foreign leader in American history and all you have to do is look at his statement from this week to be reminded of it. (Too bad Democrats in Congress are in such a rush to forget it.)

While Graham is just a sad toady to the president in exile now, he's not alone.

No Trump henchman has been out there criticizing and gaslighting more than former Secretary of State Mike Pompeo. As a paid Fox News contributor he's been all over the network in recent days but he's very obviously preparing his run for the 2024 election with appearances in early primary states. And his interpretation of the Trump national security and foreign policy "achievements" is just as deluded as Graham's. In a scathing op-ed at the Fox News website, Pompeo wrote:

Biden has already signaled to Putin that he is timid and unprepared to confront the Russian challenge – a weakness that ex-KGB agent Putin surely senses. We in the Trump administration created real leverage against Russia he could have used. Instead, he has chosen to abandon it,

He claims that Biden's belief that climate change is the greatest threat to our survival is a "ridiculous mindset – one apparently shared by what are supposed to be some of America's most gifted military leaders" and says that Biden must tell Putin that he sees Russian aggression "in the highest echelon of threats" and will "support our armed forces in deterring it." And he said that Biden really needs to crack down on all the cyberattacks and advised him to "put America first and back up your language with real deeds and not just rhetoric and name calling you're exceedingly more likely to be successful." Seriously.

This is coming from the man who loyally served the Putin genuflecting Donald Trump as CIA Director and Secretary of State for four years as Trump traipsed all over the world cuddling up to every tyrant he could find, excusing any and all bad behavior (other than trade infractions which he dealt with with a wrecking ball).

Even some Fox News journalists have been nonplussed by Pompeo's whitewashing of the past. Sunday host Chris Wallace pointed out that Trump never condemned the poisoning of Russian opposition leader Alexy Navalny and Pompeo laughably replied "with respect to human rights, I — we take a backseat to no one." That has to be the most fatuous comment he's ever made and that's saying something. There are dozens of examples of Trump's grotesque dismissal of human rights all over the world and here in the U.S. by the Trump administration. He pardoned war criminals and made them into heroes, he celebrated the use of torture and pledged to do it again "only worse" if needed. But perhaps the most egregious was Trump's admission to Bob Woodward that he helped to cover up the dismemberment of journalist Jamal Khashoggi:

Pompeo went along with all of it. There is no question that Pompeo eagerly did Trump's bidding while laying the groundwork for his own run at the presidency. (Recall that one of the many scandals of the administration was Pompeo and his wife's extravagant taxpayer-funded "salons" at the State Department with lots of influential political benefactors.)

In fact, his weird mischaracterization of the last administration as a hawkish aggressor that dominated Putin and Chinese Premier Xi Jinping and gained massive respect from America's allies for his (and Trump's) adroit global leadership is obviously how he plans to present himself to the voters. He's going to be Trump but a lot more warmongery. He's already going all over the country, ostensibly to help with midterms but he's actually collecting chits for his own run. He's even ventured into the culture wars, making silly comments like "I met with the Taliban, I met with Chairman Kim. None of that scares me as much as what's happening in our universities and on our campuses today."

This week he announced that he's starting a new PAC which caused quite a kerfuffle on social media:

Many people may think "pipehitter" refers to someone who smokes crack, so it's a good thing they explained it.

This definition is a Navy Seal thing that Pompeo is clearly using to boost his cred with the far-right gun and camo crowd. (He went to West Point but he got out of the service very quickly.) He may run into some trouble with that name, however. It's also the name of accused war criminal Eddie Gallagher's foundation. For his sake, I hope they worked that out ahead of time.

You have to wonder if he's discussed his presidential plans with Trump as well. If not, he'd better tread carefully. You know his old boss is watching all these maneuvers with interest. Despite Pompeo's monster ego, being Donald Trump's loyal servant is really all he has going for him. It's pretty clear he doesn't realize that.