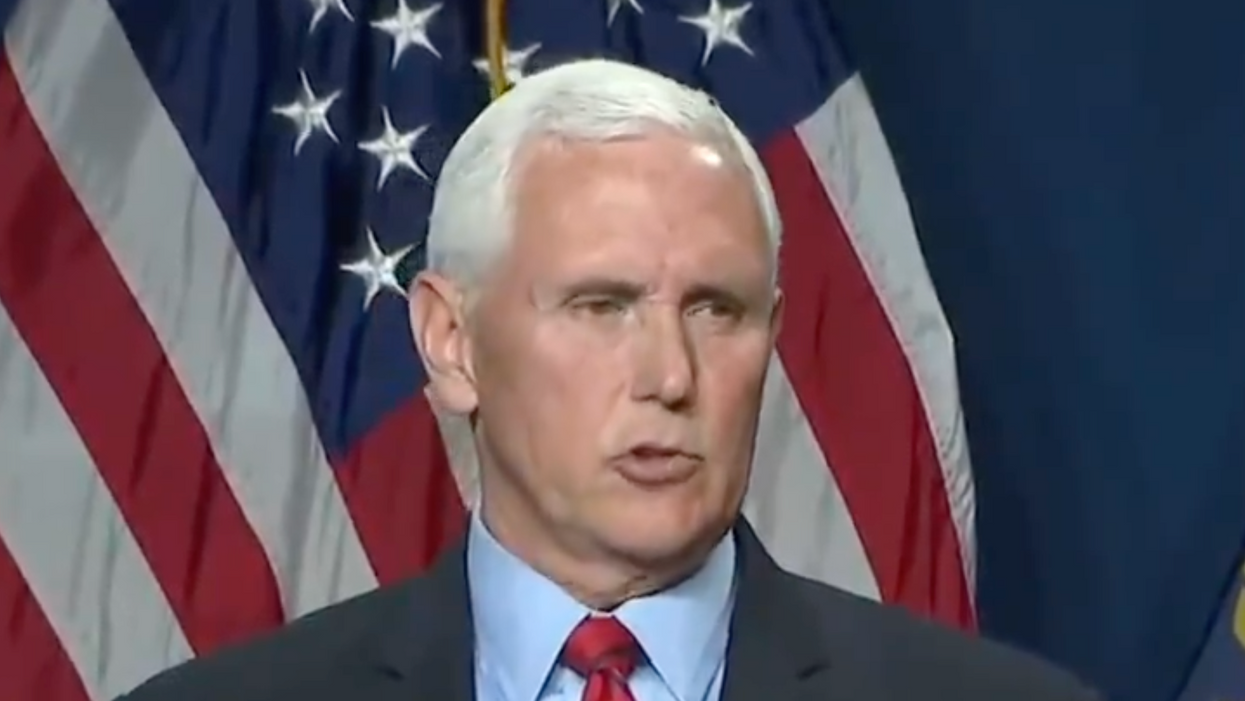 Former Vice President Mike Pence broke his silence about the Jan. 6 Capitol attack on Thursday, revealing that he and former President Donald Trump are still at odds over the event.

Pence stunned the audience with his remarks, according to one reporter present, appearing before a Republican Party event at the DoubleTree Hotel in Manchester, New Hampshire. He has been reluctant to speak out about Jan. 6., a day on which he was pitted against the Constitution by his former running mate. Trump, having bought into and stoked debunked claims that the 2020 presidential election had been stolen by now-President Joe Biden, repeatedly pressured Pence to use the congressional counting of the Electoral College votes on Jan. 6 to overturn the result. However, Pence, like every reputable constitutional scholar, concluded that his ministerial role in the proceedings gave him no authority to change the result.

Ahead of the event, Trump gave a speech to his supporters who he had called to assemble in Washington D.C. and urged them to march toward the U.S. Capitol where Congress was gathered. Groups of his followers stormed the building and shut down the proceedings in a violent assault that left dozens of polices officers injured and several people dead. Democrats, along with more than a dozen congressional Republicans, accused Trump of inciting the violent insurrection.

Trump and the crowd's ire had been particularly targeted at Pence. One crowd of the insurrectionists was even filmed cheering "Hang Mike Pence."

"Jan. 6 was a dark day in the history of history of the United States' capital," Pence said on Thursday. "But thanks to the swift action of the U.S. Capitol Police and federal law enforcement, violence was quelled, the Capitol was secured, and that same day, we reconvened the Congress and did our duty under the Constitution and laws of the United States."

At this point in the speech, the crowd was noticeably silent.

"You know, President Trump and I have spoken many times since we left office. And I don't know if we'll ever see eye to eye on that day," he continued. "But I will always be proud of what we accomplished for the American people over the last four years."

The crowd broke into applause. But according to Business Insider reporter Jake Lahut, those remarks changed the tone of the evening.

"There was almost a palpable shock in the room when Pence mentioned January 6th," Lahut reported on Twitter. "The vibe has gotten much quieter since Pence brought up Jan 6th."

Otherwise, Pence was full of praise for the former president, and he took shots at the Democrats. Even on the subject of Jan. 6, he accused Democrats of trying to use the day to "distract our attention" from the Biden administration. Though this critique rang hollow, given he both admitted to the seriousness of the violence that day and suggested that Trump was, at best, ambivalent about the attack.