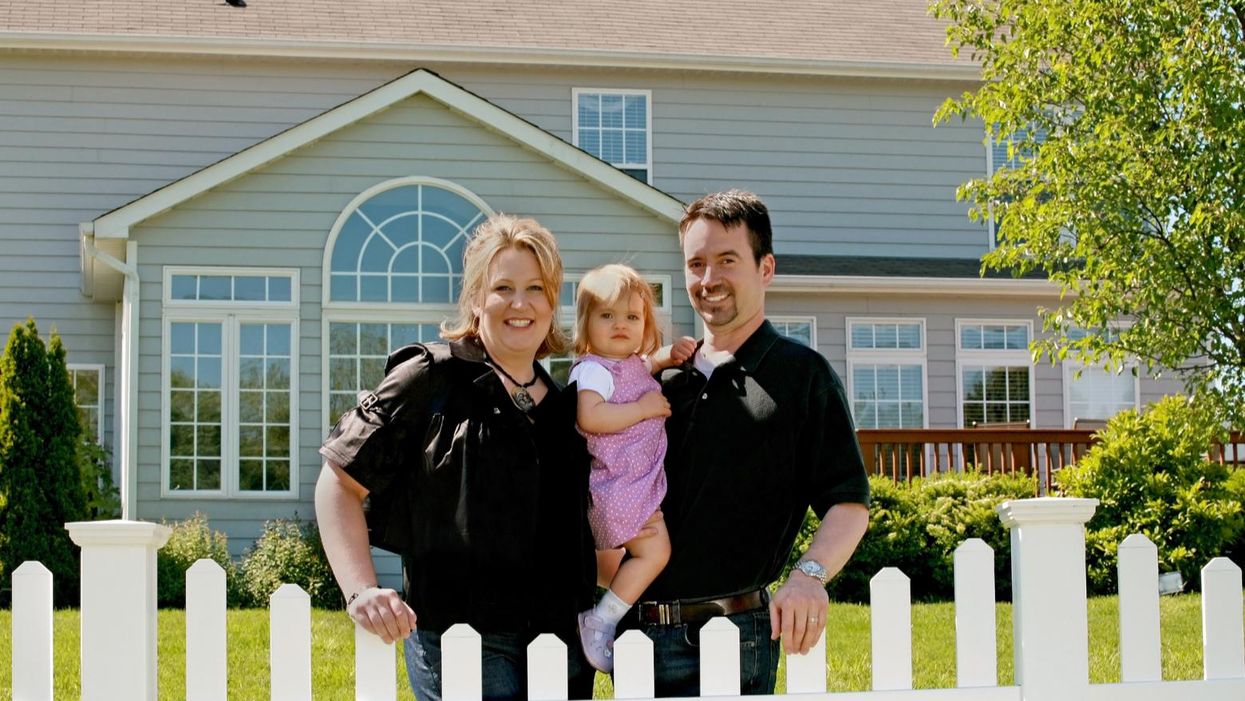 Some phrases we've all heard: "He went from rags to riches." "Just pull yourself up by your bootstraps." "You can make it if you try." "We can all have the American Dream." Think about these popular movies: Rocky, The Social Network or The Pursuit of Happyness. We celebrate the characters in these films, because the protagonist overcomes obstacles and achieves success by dint of their grit and ingenuity.

These are all illustrations of America understood as a meritocracy—privilege, status and reward go to those with the talent and work ethic to acquire them. It's even-odds, in a meritocracy, between the kid living in a trailer park and the one living in a gated community who will end up as a CEO of an investment firm. It's a coin-toss between the son of a surgeon and the son of a sanitation worker as to who will go to Stanford.

But how true is this?

One understanding refers to the intergenerational social mobility of people—the ability of children to do better than their parents. Some of the best research on this comes from Raj Chetty. He and a team of researchers calculated the proportion of children who make more than their parents from the 1940s to those born in the 1980s.

So what does this mean? America's economy has continued to grow with some interruptions since the 1940s. Ideally, this economic growth should be shared across the population. However, economic gains are accruing to fewer and fewer people.

The second understanding of meritocracy focuses on people at the top. It is not just about social mobility as measured by income, but by prestige and power, too. A meritocracy refers to the type of person who constitutes the ruling class in society. Are the folks at the top there because they earned it or because they inherited their positions? Two books, Michael Sandel's The Tyranny of Merit and The Meritocracy Trap by Daniel Markovits, address the question. Both provide a "yes-no" answer.

In the years immediately after World War II, America experienced an explosion of people enrolling in higher education. Elite colleges and universities went through a transformation. Before the explosion, the sons of the wealthy were ensured a place at an Ivy League school. Afterward, they had to compete with hungry, talented working-class and ethnic whites. The Polish or Jewish immigrant could compete with the Boston Brahmin for a spot at Harvard. This was meritocracy (for white people, that is).

But by 1980, there was a retrenchment of class privilege. Elite schools became hyper selective. Gaining entry required investment in prep schools, SAT courses and extracurricular activities. Moreover, the highest paying jobs—particularly in law and finance—began to recruit exclusively from these schools. Accordingly, wealthy parents now spend heavily on their children's education, thereby ensuring their class position.

Those children, as Markovits writes, did "earn" spots in top-tier schools. They studied hard. They trained hard. They "earned" high salaries. They "earned" top positions. But they did so in a context where wealth was a necessary but insufficient precondition. Here are some data points from Sandel's The Tyranny of Merit illustrating this point:

Yes, elites do earn their place. But they do so in a context of heavy parental investment, making it exceedingly hard for non-wealthy people to compete. The research from Shetty on social mobility, and from Markovits and Sandel, point to one conclusion. Your class background matters more now than it has since the mid-20th century.

Because we often juxtapose myth and fact, myth often becomes synonymous with fiction. Sociologists like me, however, take a different approach. Its truthfulness is of less importance than its ability to transmit a people's values and meaning. Myths bind a society together. George Washington surely lied on occasion, but the myth that he did not lie helped cement his image as someone Americans should admire. I suspect this is why his precedent of only serving two terms held for about 150 years without a formal law enforcing it. No president wanted to be less honorable than Washington.

We need myths. And in a capitalist society, we need the myth of meritocracy to power the engine of innovation. But as the myth of meritocracy floats further away from concrete realities, we must ask ourselves if the myth is not binding us in another way. Is it constraining our thinking? Is it preventing us from making the necessary changes in public policy to address the decline in social mobility, increasing wealth inequality or the ability of wealthy parents to transmit their class status to their children?

When policies such as increasing minimum wage, providing free health care or forgiving student loan debt are proposed, the rebuttal is usually a version of "not deserving" (i.e., not earned by merit). But these policies help clear a path to the American Dream for the poor and working class. We are assuming a meritocracy when there is none and then using that assumption to justify present inequalities. To make meritocracy a future reality, we must first face up to meritocracy as a present myth.