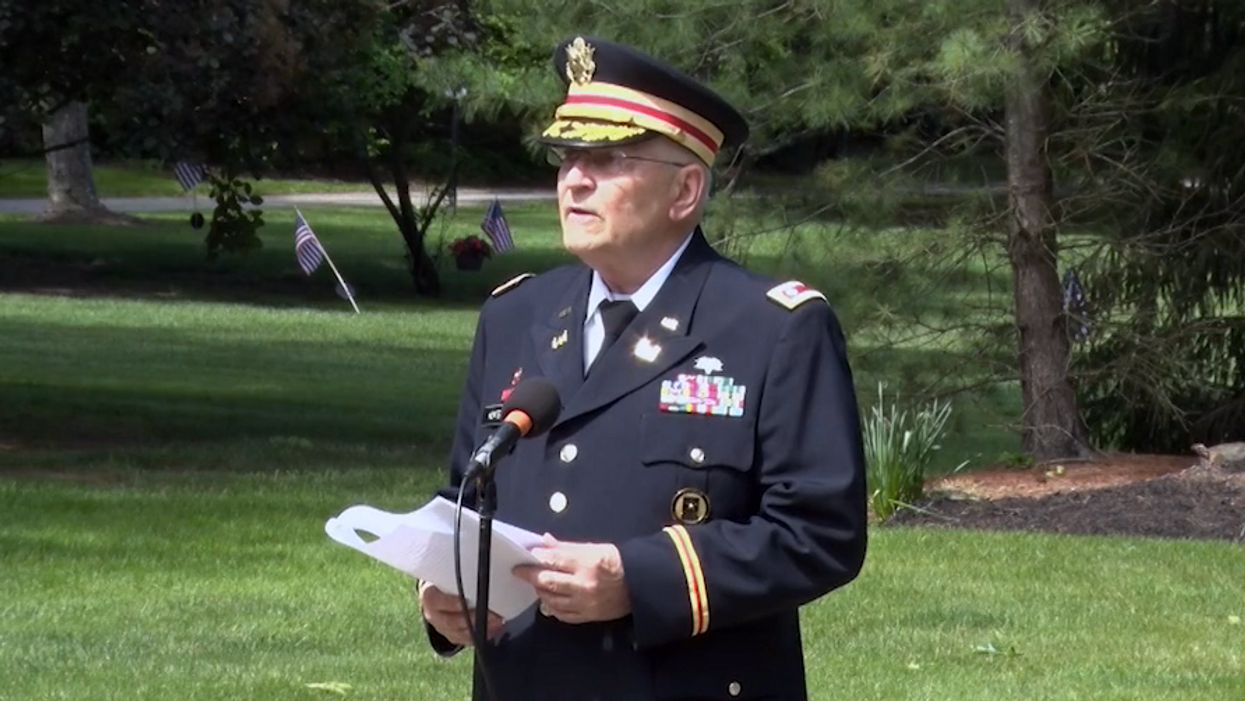 A 77-year-old veteran Army medic accused organizers of an American Legion Memorial Day event of censoring him on Wednesday, days after his microphone was cut as he attempted to share how the holiday was originally celebrated by Black people who had been enslaved.

Retired Lt. Col. Barnard Kemter was invited to serve as the keynote speaker at an event hosted by the Hudson American Legion Auxiliary in Hudson, Ohio on Monday, and decided to focus on the holiday's origins in Charleston, South Carolina.

Kemter sent his planned remarks to organizers ahead of the gathering of 300 people and was asked by the American Legion Auxiliary to "modify" the speech—but since he had not originally been told of any topics that were off-limits, Kemter kept the details about Black history in after consulting with a town official in Hudson about the matter.

"The holiday is rooted in a moving ceremony that was conducted by freed slaves on May 1, 1865 at the tattered remains of a Confederate prisoner of war camp," Kemter told the audience. "The ceremony is believed to have included a parade of as many as 10,000 people, including 3,000 African American schoolchildren singing the Union marching song, 'John Brown's Body.' They were carrying armfuls of flowers and went to decorate at the graves."

Moments after Kemter mentioned the holiday's connection to Black history, his microphone was cut. He assumed the event was experiencing technical difficulties and continued, but Hudson American Legion Auxiliary president Cindy Suchan later told the Akron Beacon Journal that Kemter had been cut off intentionally.

The history of the holiday "was not relevant to our program for the day," Suchan said.

Kemter told the Washington Post that he received numerous compliments on his remarks from people who appreciated learning about the historical context of Memorial Day.

"I was very disappointed that someone would choose to censor my speech," Kemter told the newspaper.

Rep. Casey Weinstein (D-Ohio), who represents Hudson and the surrounding area in Congress, denounced the local American Legion auxiliary's action as "an embarrassment."

Weinstein's criticism was echoed on Twitter, with some sarcastically comparing the American Legion's treatment of Kemter to so-called "left-wing cancel culture" and "political correctness"—frequent targets of the right wing.

Damn. This is some really racist racism at work. I'm sure they consider themselves "patriots" https://t.co/YYhgm3wO3X
— Peter Montgomery (@Peter Montgomery) 1622730049.0

The Ohio American Legion said Thursday it was investigating the incident and taking Kemter's allegations of censorship seriously.