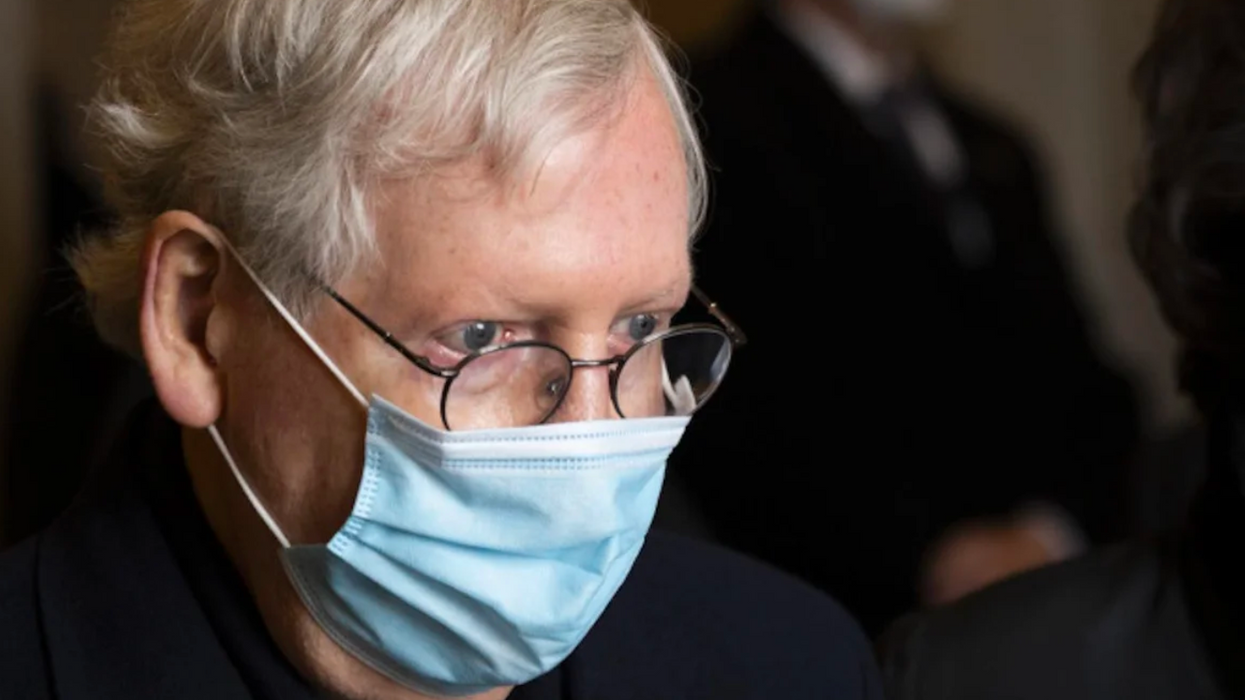 The bipartisan commission to investigate the Jan. 6 Capitol insurrection is not going to happen, thanks to the machinations of Senate Minority Leader Mitch McConnell. That opens the possibility for an inquiry that could actually be more effective than that commission: a select House committee appointed by House Speaker Nancy Pelosi. That seems to be precisely what Pelosi will now do, having left that door wide open before the Senate Republicans ended up tanking it. Which, by the way, they did despite the fact that a good majority of those voting wanted the commission—54 senators in favor to 35 opposed. Only in the American Senate could a majority vote that large be the losing vote. Thanks, filibuster.

Anyway, before the Senate took this action, Pelosi said, "I certainly could call for hearings in the House, with a Majority of the Members being Democrats, with full subpoena power, with the agenda being determined by the Democrats. But that's not the path we have chosen to go." However, she added, "It's a question of if they don't want to do this, we will." Meaning that she was fully prepared to do this in the House if need be, and now it needs be. "Republican Senators surrendered to the January 6 mob assault" Pelosi said Friday, after the Senate vote.

"Leader McConnell and Senate Republicans' denial of the truth of the January 6th insurrection brings shame to the Senate. Republicans' cowardice in rejecting the truth of that dark day makes our Capitol and our country less safe," Pelosi said. "Democrats worked across the aisle, agreeing to everything that Republicans asked for. We did this in the interest of achieving a bipartisan Commission. In not taking yes for an answer, Republicans clearly put their election concerns above the security of the Congress and country." More like: Republicans are actively trying to cover up the complicity of the likes of Republican instigators Sens. Josh Hawley and Ted Cruz and the other six GOP senators who voted to overturn the election results.

McConnell was rolling the dice here. The commission legislation before the Senate had been so watered down in negotiations in order to get the actual vote on it in the House, that he and House Republican leader Kevin McCarthy had real opportunity to sabotage it from within. McConnell could have installed five Seb Gorkas or Stephen Millers on the commission. He could have made sure that his half of the commission was committed to monkey-wrenching the proceedings to the maximum. He apparently decided that taking his chances with a House select committee was the way to go.

McCarthy, and by extension McConnell, would have some ability to sabotage a House select committee as well, but potentially a little less power. Congressional scholar Norm Ornstein talked through the alternatives to the commission with Greg Sargent last month, when it become clear that McConnell was going to oppose it. He pointed out that when it comes to the resolution creating the select committee, Democrats could weight it in their favor—"there's nothing that mandates that a select committee have equal Democrats and Republicans," he said. McCarthy would, however, choose the Republican members on it. As Ornstein says, he'd do his best to "stack it with members designed to turn it into a farce."

The advantage for Democrats would be that the chair of the select committee could have unilateral subpoena power. In the way the commission was formulated, the vice chair (a Republican appointee) could veto subpoenas. On the other hand, House subpoenas can be—and regularly have been—fought, resulting in prolonged legal battles. Democrats could use all the Republican resistance to efforts to allow a real process to their political advantage, by pointing out that that's just what Republicans are doing. That, however, could give McConnell et al. more fodder for declaring the whole thing a partisan farce. Granted, no matter what happens with an investigation of Jan. 6, Republicans are going to scream 'partisan farce,' but that's a real pitfall of the select committee.

It was the case with the scrupulously bipartisan commission the House created, as well. That was McConnell's primary excuse for opposing it, and his members fell in line. Sen. Marco Rubio, doing his part to keep the cover-up going, tweeted that the commission "isn't designed to produce a serious inquiry," but "It's designed to be used as partisan political weapon [sic]." That's the majority Republican line, and they're sticking to it.

The best alternative investigation might be one Ornstein suggested: one that would put the attorney general in charge of "pick[ing] a group that uses the power of the Justice Department—not like a special prosecutor that can itself bring actions against people, but that could make recommendations where action by prosecutors was warranted or not." He pointed out that "Justice Department subpoena power is a completely different matter" than House subpoenas, and much harder to fight. The Justice Department "has the responsibility to look at potential criminal violations, especially those that involve sedition," he explained. "So doing it in an innovative fashion makes sense. […] The attorney general under the regulations of the Justice Department has some ability to create groups like this."

As of now, Pelosi seems likely to create the new select committee. "That's her next move," one senior House Democrat told CNN Friday. Her words indicate that as well. "Honoring our responsibility to the Congress in which we serve and the Country which we love, Democrats will proceed to find the truth," Pelosi said Friday.