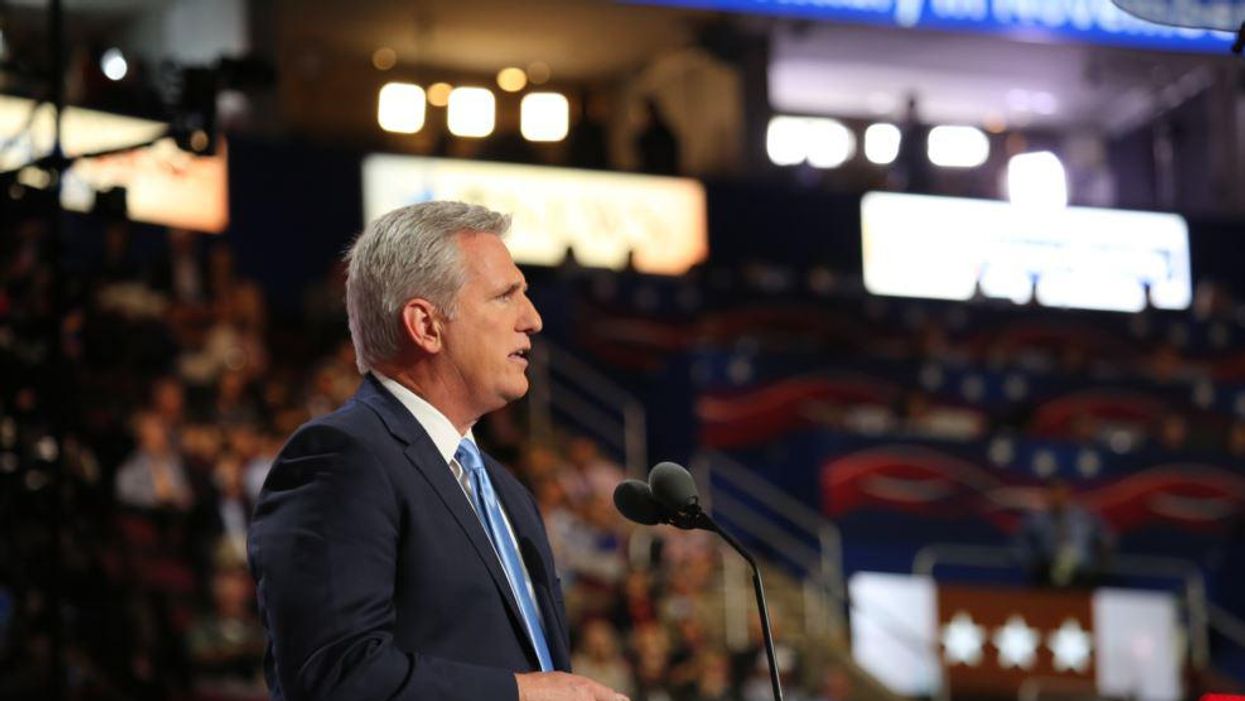 During a May 4 appearance on Fox News' "Fox and Friends," House Minority Leader Kevin McCarthy discussed the space he had rented from veteran GOP pollster Frank Luntz in Washington, D.C. McCarthy's statement and his association with Luntz in 2021 is the focus of a June 2 Fact Checker column by the Washington Post's Glenn Kessler and a video posted with it.

On May 4, McCarthy said, "Frank has been a friend of mine for more than 30 years.… I've rented a room from Frank for a couple of months, but don't worry, I'm back to — going back to where I normally am, on my couch in my office. But, yeah, we pay fair market rate."

Kessler, however, notes that in March, McCarthy was "Luntz's guest in Luntz's 7000-square-foot penthouse apartment in the Clara Barton building in Penn Quarter."

"When GOP pollster Frank Luntz, in mid-March, assembled a group of Trump voters to find out why they were hesitant to take a coronavirus vaccine," Kessler explains, "he invited several Republican politicians to join him in the discussion. One was McCarthy…. In an interview in January, with the same backdrop, Luntz said that was his home: 'I live about seven long blocks away from the Capitol.'"

Kessler continues, "Luntz did not mention, during the Zoom call, that McCarthy was in a separate room in the same apartment, according to an audio version of the session that is longer than the 30-minute 'highlights video' released by the de Beaumont Foundation, which sponsored the discussion. A few minutes after McCarthy's box disappears from the screen, a man wearing the same clothing as McCarthy can be seen bounding down the spiral staircase behind Luntz."

The Post's video notes that McCarthy "began staying at pollster Frank Luntz's D.C. apartment in January 2021" and "stayed until at least May, when Fox News host Tucker Carlson exposed the arrangement." And the video goes on to note that on March 13, McCarthy "participated in a focus group" that was "led by Luntz."

According to Kessler, "Luntz had been a vocal critic of former President Donald Trump, which appears to have reduced his federal campaign work. His only other significant client after Trump was elected was Sen. Ted Cruz's 2018 reelection campaign. Although a long-time GOP pollster, Luntz until recently appeared to take pains to diminish the Republican connection. In a Los Angeles Times opinion article that appeared in September, Luntz had described himself as 'not working for any presidential candidate or political party in the 2020 election.' After the Fact Checker reported on Luntz's work for McCarthy's PAC, the newspaper added corrections to the article and four Luntz 'focus groups' it had live-streamed."