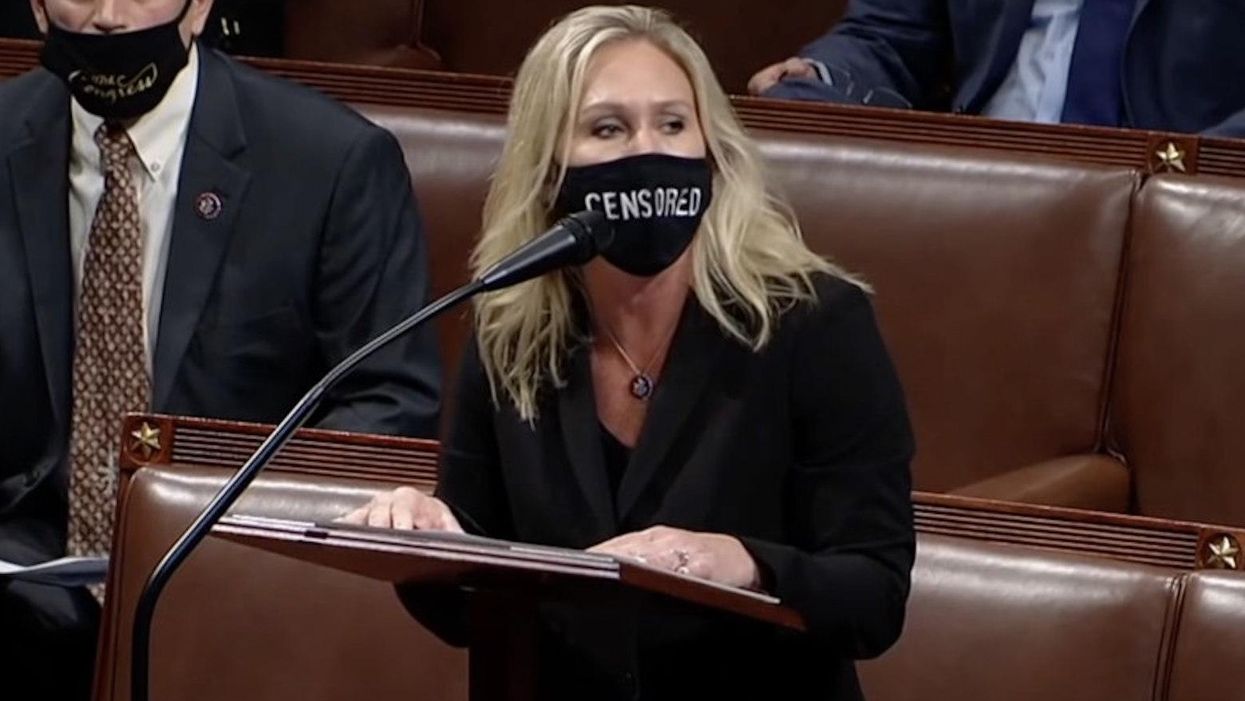 U.S. Rep. Marjorie Taylor Greene (R-GA) Monday evening held a small press conference to apologize for having repeatedly compared face masks worn to protect from the coronavirus to the Holocaust, but refused to apologize for comparing Democrats and the Democratic Party to Nazis and Hitler's Nazi Party.

Greene's remarks came after being given a tour of Washington, D.C.'s Holocaust Museum, which reportedly came after a week of negotiations. But they also came just days before a resolution to censure her over her Holocaust comparisons is set to be introduced, The Washington Post reports.

The QAnon-supporting congresswoman "declined to walk back other controversial statements she has made, including one in which she compared the Democratic Party to Hitler's party, the National Socialist German Workers' Party."

"One of the best lessons that my father always taught me was, when you make a mistake, you should own it," Greene, who appeared to be speaking off-the-cuff Monday, told reporters.

Her remarks suggest she does not see her comments equating Democrats with Nazis as a mistake.

Despite the name, the Nazi party was not a socialist party; it was a right-wing, ultranationalist party. Even so, Greene told attendees at the rally in May: "You know, Nazis were the National Socialist Party. Just like the Democrats are now a national socialist party."

When asked if she would also apologize and refute her attack on Democrats, Greene refused, exposing her biased ignorance.

"You know, socialism is extremely dangerous, and so is communism," she told reporters. "And anytime a government moves into policies where there's more control and there's freedoms taken away, yes, that's a danger for everyone. And I think that's something that we should all be wary of. … I'll never stop saying we have to save America and stop socialism."