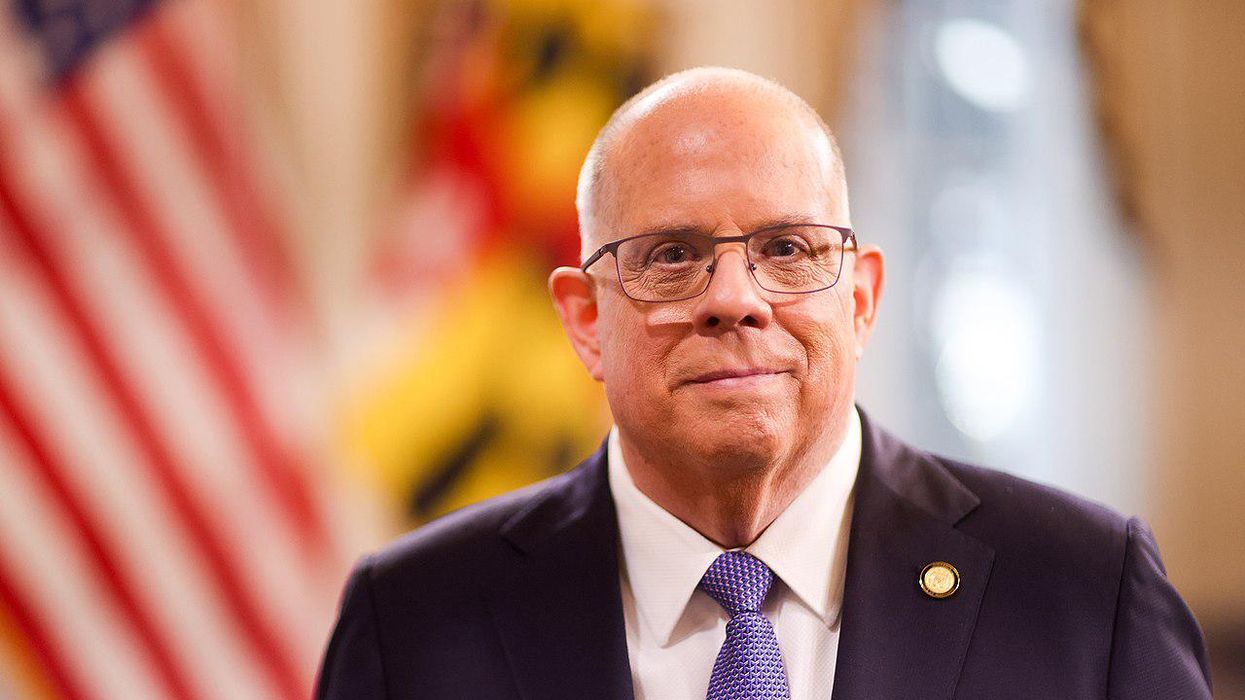 In Maryland, conservative Republican Gov. Larry Hogan drew a lot of praise from Democrats in 2020 for his aggressive response to the COVID-19 pandemic and for refusing to join Trumpistas in downplaying the severity of the crisis. But Hogan now finds himself at odds with Democratic lawmakers in the Maryland General Assembly over his decision to take away extra benefits for Maryland's unemployed and withdraw his state from the federal Pandemic Unemployment Assistance program.

Baltimore Sun reporters Alison Knezevich and Pamela Wood explain, "Maryland state lawmakers are investigating whether they can overturn Gov. Larry Hogan's decision to opt out of federal programs that have aided the unemployed during the pandemic. Leaders of the Maryland General Assembly asked their lawyers Wednesday whether they could pass a law or otherwise reverse the Republican governor's move, which will leave tens of thousands of out-of-work residents with reduced unemployment benefits or none at all starting July 3."

Hogan's decision will affect unemployed Maryland residents who have been receiving benefits under the CARES Act of 2020 or the American Rescue Plan Act of 2021. The PUA program, which is part of CARES, is designed to help self-employed and "gig economy" workers who have been hit hard economically by the COVID-19 recession but don't qualify for traditional unemployment insurance. Knezevich and Wood note that according to the Maryland Department of Labor, over 150,000 people have been receiving PUA assistance in that northeastern state.

"Hogan's announcement sparked an outcry from people struggling to find good jobs," the Sun journalists report. "Business groups, meanwhile, welcomed the news, saying it's been tough to fill positions. It wasn't immediately clear whether members of the Democrat-led General Assembly would have the authority to pass a law to reverse the governor's decision. So, they sent the question to the Office of the Attorney General."

Democratic Sen. Bill Ferguson, leader of the Maryland State Senate, and fellow Maryland State Sen. Kathy Klausmeier (who co-chairs a committee on unemployment in the Maryland General Assembly) sent Hogan a letter saying, "Should your administration continue down this path without proper consideration for the negative impacts to Marylanders, our chamber will be forced to consider all other tools at our disposal to ensure our state's prosperity."