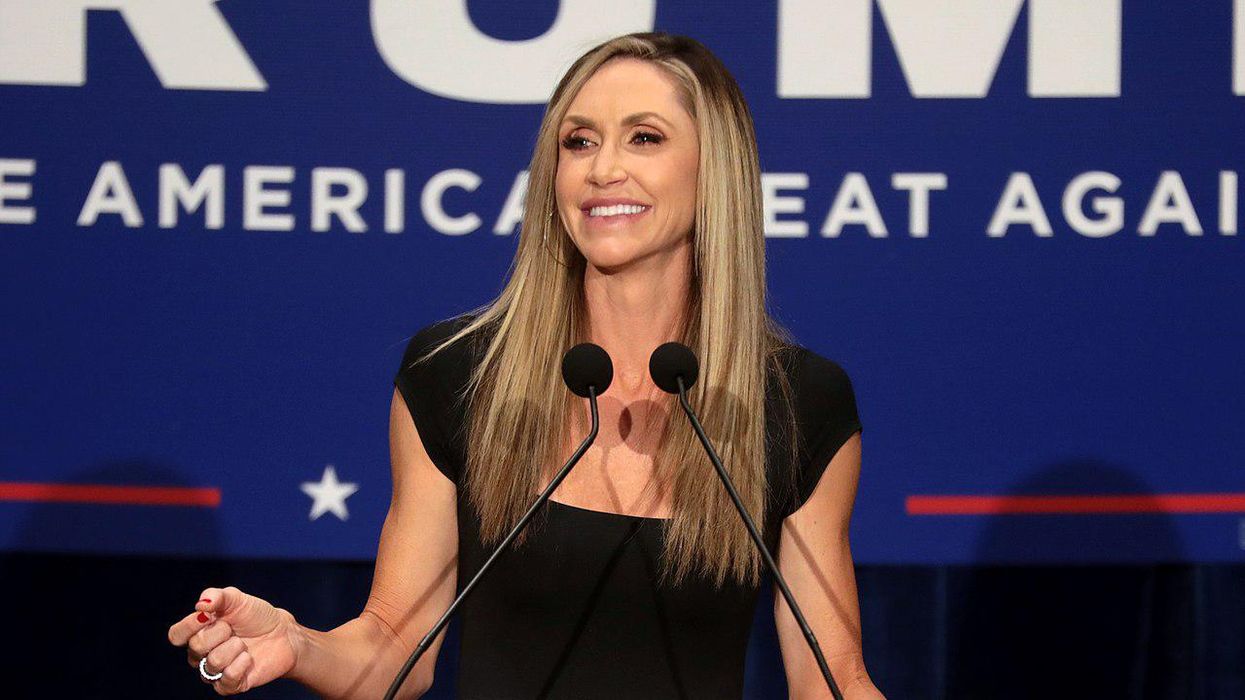 When Lara Trump was a guest on Jeanine Pirro's Fox News show, "Justice with Judge Jeanine" on June 12, she slammed the Biden Administration for its immigration and U.S./Mexico border policies — and singled out Vice President Kamala Harris. Vanity Fair's Bess Levin, in a scathing column published on June 14, finds that claim ironic in light of how badly her father-in-law, former President Donald Trump, handled immigration policy during his four years in the White House.

Lara Trump, who is married to Eric Trump (one of the former president's sons and a Trump Organization executive), told Pirro that President Joe Biden only picked Harris because she is a woman — an attack Levin describes as "wildly misogynistic." Trump said of Harris, "I guess she assumed that she could just skirt by without doing anything…. We knew that Joe Biden was going to pick a woman as his running mate because all they do is virtue signal on the left, and this is the problem when that is your M.O. — when you actually don't care about their qualifications or preparedness for a job."

Levin, in response, slams Lara Trump's Fox News appearance as a perfect example of how out-of-touch members of the Trump family are.

The Vanity Fair columnist writes, "Something you may have picked up on between 2016 and 2020 is that Donald Trump was laughably unqualified to be president and didn't get better as the years went on. In addition to having no prior relevant experience whatsoever upon entering the White House — weirdly, a failed line of steaks and vodka doesn't count — he was almost defiantly ignorant about what the gig entailed and refused to educate himself in a way that would have benefited the country. So, it's a little rich to hear a Trump family member claim someone — anyone! — currently working in the federal government doesn't know what they're doing. But hey, that's them — i.e., the most un-self-aware people to walk the planet."

The 38-year-old Lara Trump, during her interview with Pirro, did echo one thing Harris said during her recent visit to Guatemala and Mexico. The vice president and former U.S. senator advised Guatemalan refugees against simply showing up at the U.S./Mexico border, as it's a dangerous trip — and Trump told Pirro, "These people should never make this dangerous journey here." Unlike Harris, however, Trump implied that Americans living near the border should arm themselves because of illegal border crossings.

Trump told Pirro, "I guess they better arm up and get guns and be ready, and maybe they're going to have to start taking matters into their own hands."

Levin, in her column, responds, "Of course, Trump wasn't on the show just to claim a former state attorney general and U.S. senator doesn't have any qualifications to be vice president. She also stopped by to seemingly suggest people living at the border should shoot migrants they see crossing…. Which is perhaps an idea she got from her father-in-law, who in March 2019, openly mused about shooting migrants, and his disappointment that only 'other countries' are officially allowed to do that."