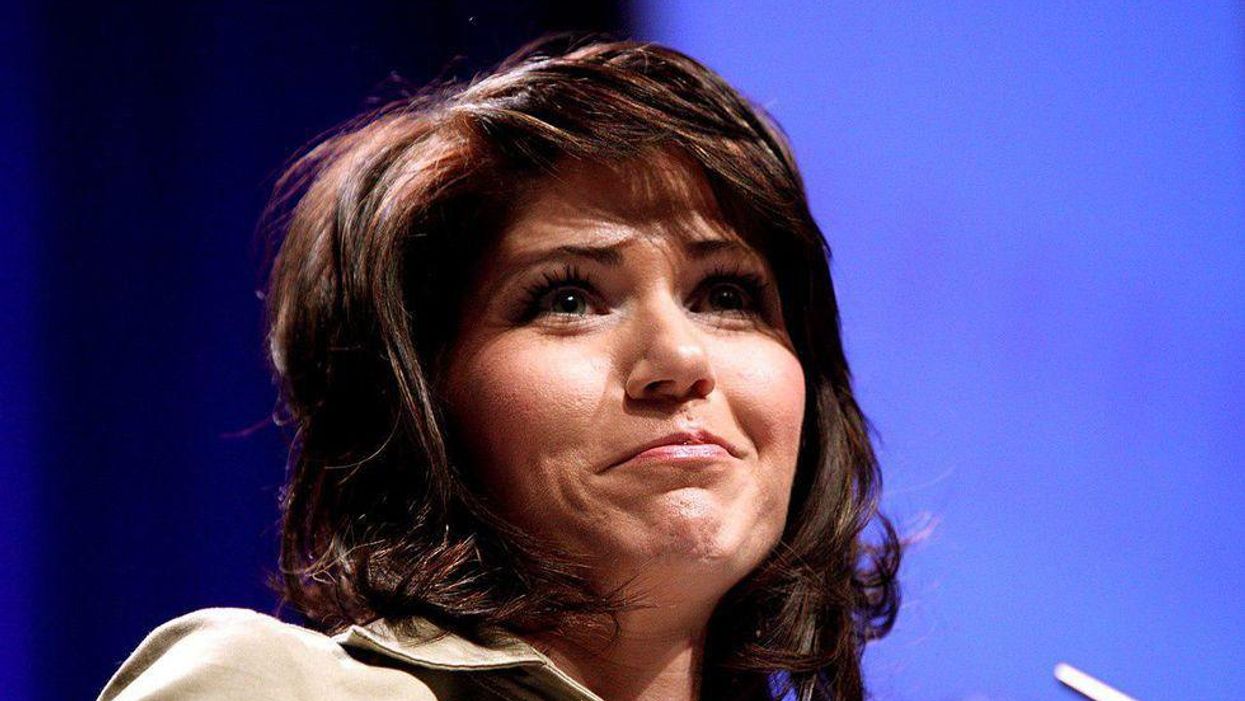 It may be called South Dakota but the "Mount Rushmore State" is pretty far up in the northern United States. And yet Governor Kristi Noem, a Trump-loving far right Republican, is sending her National Guard troops to patrol the border: the Southern Border, in Texas.

The capitol of South Dakota, Pierre, is over 1100 miles from Texas Governor Greg Abbott's capital city of Austin, about a 17 hour drive according to Google, if you don't stop to eat or sleep.

Gov. Noem is sending her National Guard troops down to the Lone Star State to help out Gov. Abbott with the "ongoing violations of state and federal law by illegal aliens crossing the unsecured border," she has just announced.

Who's paying for these soldiers?

In a statement Noem says "private donations," the source of which she does not disclose. Nor does she say where the funds are going.

"The Biden Administration has failed in the most basic duty of the federal government: keeping the American people safe," Governor Noem's statement reads.. "The border is a national security crisis that requires the kind of sustained response only the National Guard can provide. We should not be making our own communities less safe by sending our police or Highway Patrol to fix a long-term problem President Biden's Administration seems unable or unwilling to solve. My message to Texas is this: help is on the way."

"The deployment will be paid for by a private donation."

Many are furious that the governor has turned U.S. troops into "a mercenary force."