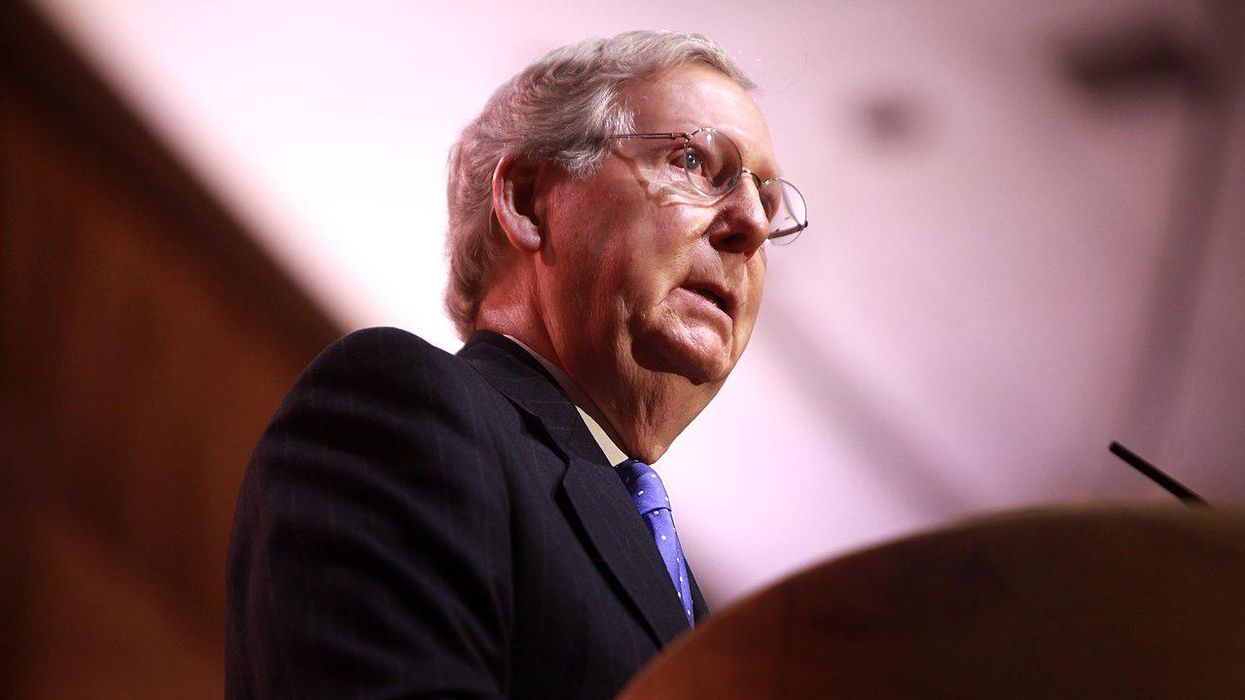 Senate Minority Leader Mitch McConnell has made it abundantly clear that his goal is to do everything he can to obstruct President Joe Biden's Build Back Better agenda, and that includes coming out against Biden's infrastructure proposals. The Biden White House, meanwhile, has launched a video series that shows why an infrastructure bill is desperately needed, and the first video in the series addresses infrastructure problems in McConnell's state: Kentucky.

Journalist Daniel Desrochers, reporting for Kentucky.com on June 14, explains, "As moderate Democrats and Republicans have been at loggerheads in coming up with an agreement on how much money to allocate to fixing roads, bridges and drinking water — among other projects — the White House made videos highlighting the lack of broadband access and clean drinking water in Eastern Kentucky. One follows Danielle Adams of Pikeville as she heads into town to get online when her wi-fi goes down in her home. In the other, BarbiAnn Miner in Martin County shows off the dirty tap water in her kitchen sink and some of the decrepit roads and bridges in Martin County."

In the video, Miner says, "People talk about: Eastern Kentucky is poor, and they don't really have anything. Well, how are we ever going to have anything if our government won't invest in our infrastructure?.... We're people too. We're American citizens. And we deserve access to clean, affordable drinking water…. We deserve roads and bridges."

McConnell has said that while he is open to passing some type of infrastructure bill, he is opposed to the package that Biden and his Democratic allies have been proposing. The Senate minority leader, Desrochers notes, "has suggested relying on public-private partnerships, like the kind that helped fund new bridges in Louisville, as a possible solution for a new infrastructure package."

"Republicans have also chafed at some of the things the Biden Administration has pitched as infrastructure, saying any package should stick to things like roads, bridges, water and internet and not include things like home health care or childcare," Desrochers observes.

Under the rules of the filibuster, most legislation requires at least 60 votes in the U.S. Senate in order to pass — and although Democrats have a majority in the Senate, it is a narrow one. However, bills can avoid the filibuster if they go through the process known as "budgetary reconciliation," and an infrastructure bill would meet that budgetary requirement. So, an infrastructure bill would not need 60 or more votes in order to pass in the Senate; the American Rescue Plan Act of 2021 was passed without needing 60 votes, and no Senate Republicans voted for it. But even with reconciliation, an infrastructure bill could be doomed in the Senate if centrist Democrats such as Sen. Joe Manchin of West Virginia and Sen. Kyrsten Sinema of Arizona vote against it.