'Our democracy hangs in the balance': Calls grow for Justice Breyer to retire 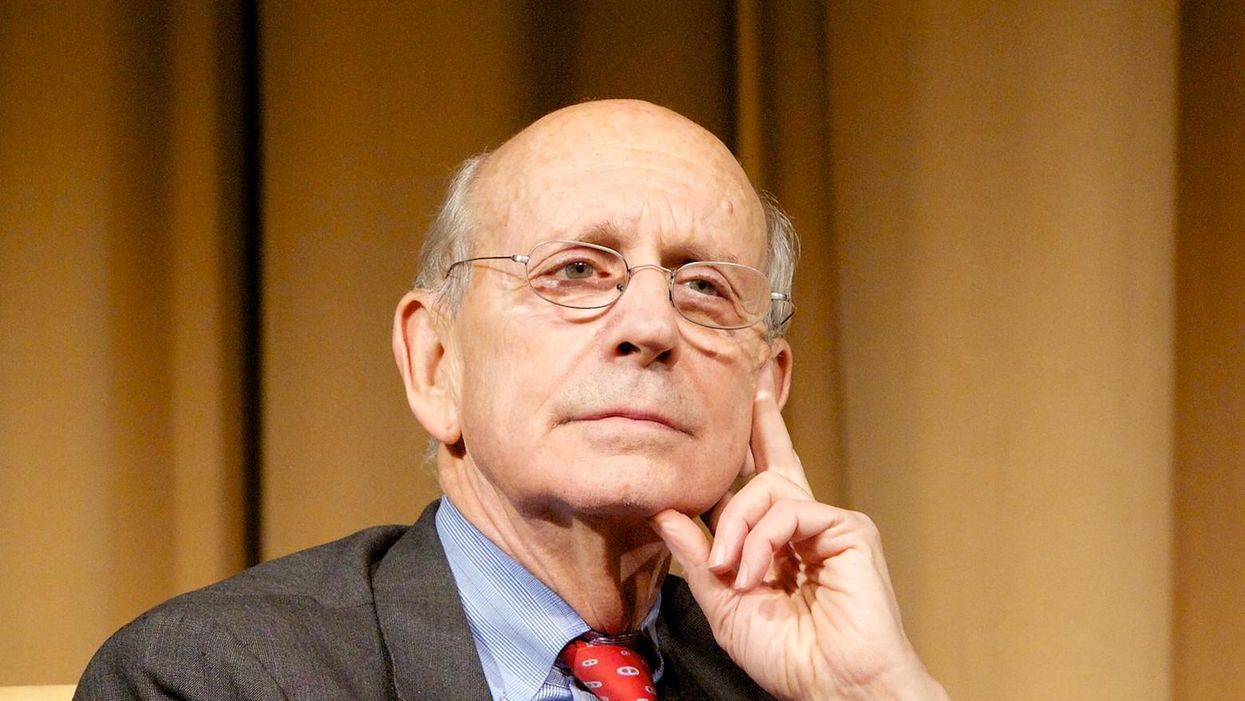 In the wake of a threat by U.S. Senate Minority Leader Mitch McConnell to block any potential Supreme Court nominee proffered by President Joe Biden in 2024 should the Kentucky Republican become majority leader after the midterm elections, more than a dozen progressive advocacy groups joined a growing number of Democratic lawmakers Tuesday urging Justice Stephen Breyer to retire.

"Supreme Court Justice Stephen Breyer should immediately announce his intent to retire from the bench," the statement said. "With future control of the closely divided Senate uncertain, President Biden must have the opportunity to nominate a successor without delay and fulfill his pledge to put the first Black woman on the Supreme Court."

"If Breyer were replaced by an additional ultra-conservative justice, an even further-right Supreme Court would leave our democracy and the rights of marginalized communities at even greater risk," the statement added. "For the good of the country, now is the time to step aside."

Also on Tuesday, Rep. Mondaire Jones (D-N.Y.) published an opinion piece on the website of the progressive think tank Data for Progress urging Breyer to retire in order to preserve both "the future of our democracy" and his own progressive legacy.

"It has never been more urgent for the 82-year-old Justice Stephen Breyer to retire—before it's too late to confirm the successor America deserves," wrote Jones.

"New polling from Data for Progress confirms that the American people agree," he continued. "Nearly six in 10 Americans recognize that it is time for Justice Breyer to conclude his 27 years of service on the Supreme Court. That pro-retirement supermajority includes over two-thirds of Democrats and half of Independents."

Jones urged Breyer to not make what some observers view as the mistake made by the late Justice Ruth Bader Ginsburg, whose death less than two months before the 2020 election enabled former President Donald Trump to nominate far-right judge Amy Coney Barrett, who the congressman said is "poised to unravel her legacy."

"People of good conscience are urging Justice Breyer to step down now precisely because of how much we respect his legacy," wrote Jones. "In his 27 years on the Supreme Court, he has demonstrated his commitment to racial equity, reproductive justice, and democracy."

We should be concerned by the prospect of Justice Breyer being replaced by someone who does not share his values. The only way to prevent another Amy Coney Barrett or Brett Kavanaugh from undoing his work is for Justice Breyer to announce his retirement before the next Supreme Court term—allowing President Biden and the Democratic Senate to choose his replacement.

The latest poll from Data for Progress reveals that the American people are excited about who that successor could be. President Biden has promised to appoint a Black woman to the next open Supreme Court seat—and over 80% of Democrats and a majority of Independents are looking forward to seeing that promise fulfilled. By retiring now, Justice Breyer can make that possible.

"In the last decade, the Supreme Court has gutted the Voting Rights Act, empowered large corporations, and waged a relentless attack on working people, people of color, and immigrants," wrote Jones. "We believe it would be unseemly to remain silent at this moment."

"As the American people recognize, the stakes are too high for inaction," he concluded. "It is time for Justice Breyer to announce his retirement this summer. Democrats could lose our razor-thin majority in the Senate at any moment. It would be irresponsible to leave the future of our democracy up to chance."

Jones' call and the groups' statement came a day after McConnell—the self-described "Grim Reaper" of Democrats' legislative agenda—raised eyebrows and alarm among progressives after he told conservative radio host Hugh Hewitt that "it's highly unlikely" he would "confirm a Supreme Court nominee in the middle of an election."

With McConnell as majority leader, the GOP-controlled Senate last year rushed to confirm Barrett, Trump's third Supreme Court nominee, in the weeks leading up to the 2020 presidential election, giving conservatives a 6-3 high court supermajority that progressive advocates say threatens civil, voting, reproductive, and other critical rights and protections for years, if not decades, to come.

Following what they described as McConnell's hypocritically cynical about-face—in 2016 he insisted the Senate should wait for the American people to elect the next president before confirming a Supreme Court justice—many Democrats called for expanding the number of high court justices as a possible solution.

In April, Common Dreams reported Democrats in the House and Senate introduced the Judiciary Act of 2021, a bill that, if passed, would expand the number of seats on the U.S. Supreme Court from nine to 13, a proposal backed by progressive advocacy groups as a crucial step in combating the conservative takeover of the high court and protecting key constitutional rights.

Sen. Ed Markey (D-Mass.), the lead Senate sponsor of the Judiciary Act, responded to McConnell's Monday remarks by tweeting that "we need to expand the Supreme Court."

In April, Biden signed an executive order authorizing the formation of a 36-member bipartisan group of experts to study possible Supreme Court reforms.