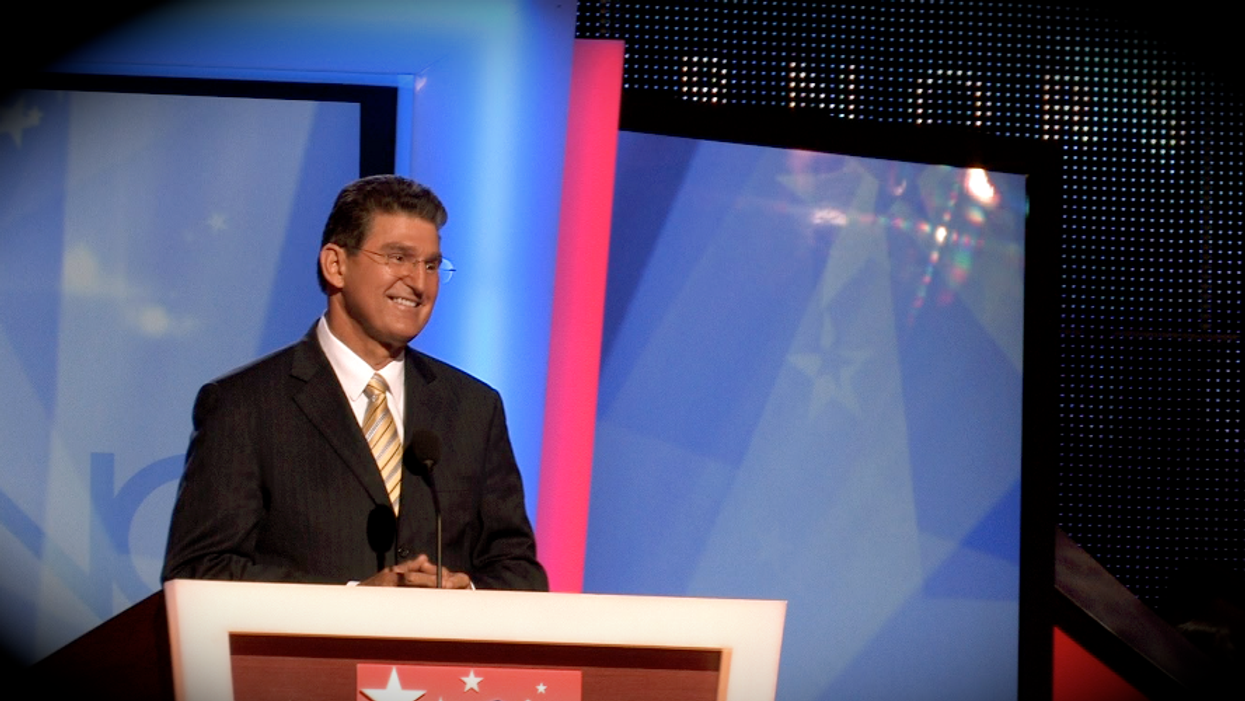 Among liberals and progressives, Sen. Joe Manchin of West Virginia has recently been the most criticized Democrat in the U.S. Senate — with Sen. Kyrsten Sinema of Arizona, a fellow centrist, running neck and neck. Countless Democrats expressed their frustration with Manchin when he came out against the "For the People Act" in its current form, and some of them were not thrilled with the compromise that he offered. But that compromise, liberal opinion writer Catherine Rampell stresses in her Washington Post column, has served a useful purpose by showing that Republicans are not serious about "election integrity" as they claim.

"Manchin has become the bane of progressives' existence — for lots of reasons," Rampell explains in her June 21 column. "He balked at raising the federal minimum wage to $15 or hiking the corporate tax rate to 28%. He opposes the For the People Act, his party's sweeping elections reform bill, because it lacks bipartisan support. Most consequentially, he refuses to nuke the filibuster and bristles at passing more legislation through reconciliation, arguing that major bills such as a proposed infrastructure package should have Republican buy-in."

After Manchin proposed an alternative to the "For the People Act" in its current form, some progressives attacked his compromise as too watered down. But Stacey Abrams wasn't one of them. The Georgia-based Democratic organizer was willing to accept Manchin's compromise if that was what it took to get him to vote in favor of a voting rights bill. Senate Republicans, however, were quick to reject Manchin's offer.

"Manchin did something very clever when he offered a compromise on election-reform legislation," Rampell notes. "In a memo, Manchin proposed building upon parts of the For the People Act and a narrower bill, known as the John Lewis Voting Rights Advancement Act, with a few amendments. His proposal would make Election Day a public holiday, require two weeks of early voting, automatically register voters through motor vehicle departments and eliminate partisan gerrymandering. It's not everything Democrats want — and has some oversights — but it addresses most of the party's goals for promoting free and fair elections…. For instance, Manchin's proposal includes a nationwide voter ID requirement."

"Democrats didn't love these choices, but key party leaders endorsed Manchin's framework as a useful compromise all the same," Rampell observes. "Republicans, on the other hand, rejected the framework. Immediately, forcefully, unambiguously."

The West Virginia senator, according to Rampell, has succeed in making Senate Republicans look very bad.

"By ceding ground on 'election security' and effectively taking the issue off the table," Rampell writes, "Manchin just proved Republicans never actually cared about election security. Not election security in the past — i.e., the 2020 presidential election they pretend was 'stolen' — and not at some hypothetical point in the future. Their goal was always to use gerrymandering and voter suppression just to make it harder for Democrats to win elections."

Rampell goes on to say, "Maybe Manchin was surprised by Republicans' knee-jerk rejection of his completely reasonable compromise. Another way to interpret last week's events is that Manchin slyly revealed Republicans' stated concerns about stolen elections — and their professed desire to work across the aisle — as the baloney they always were."