First person sentenced in connection with Jan. 6 gets probation — but it's far from over 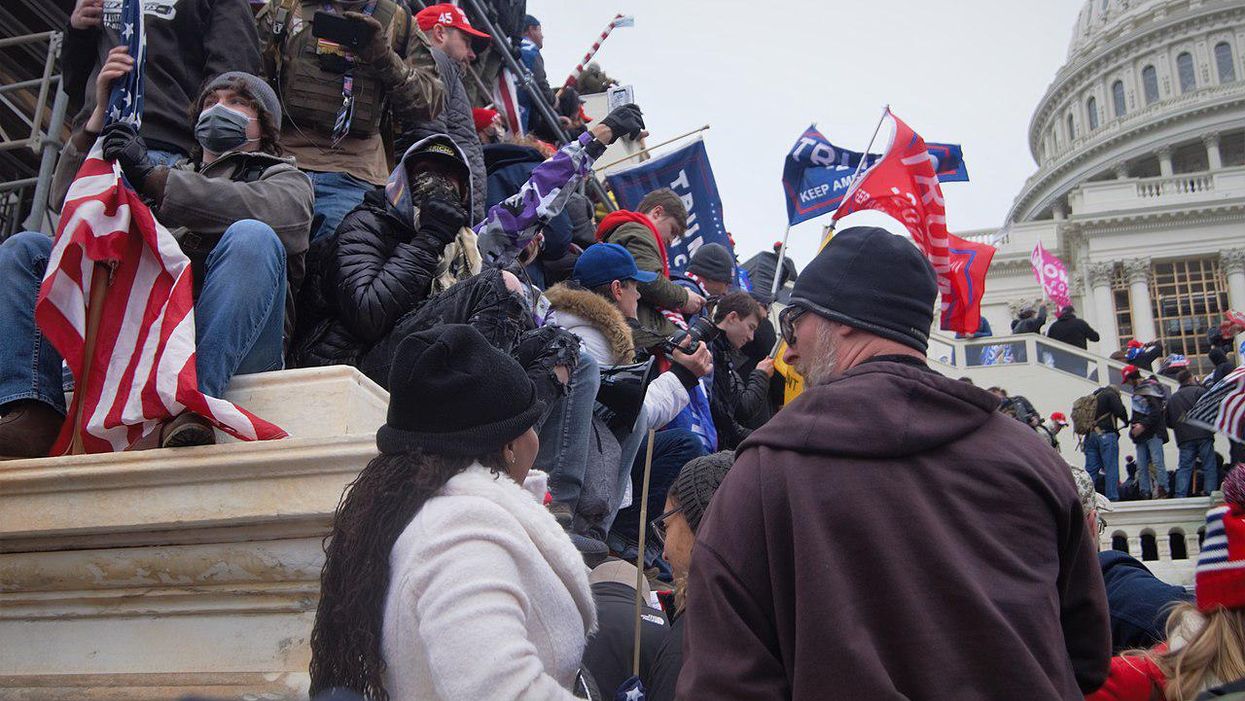 In the months that have passed since thousands of Donald Trump supporters assaulted the Capitol on Jan. 6, much of the horror of that day has been replaced by frustration. Trump himself was impeached—for a second time—following the incident, but not only did Republicans refuse to mete out any punishment for Trump's actions, they've made it clear they are all members of team Big Lie.

Additionally, though at least 465 people have been indicted over the events of that day, many of the charges seem to be extremely minor considering what all of America watched unfolding. And no one has yet faced even a judicial slap on the wrist for plowing through police lines, smashing through doors and windows, and prowling the halls of Congress with murder in mind. This may finally be about to change.

As The Washington Post reports, 49-year-old Indiana resident Anna Morgan-Lloyd is expected to be the first person sentenced in relation to the events of Jan. 6 when she steps before a federal judge on Wednesday. But no one should be expecting Morgan-Lloyd to exit the chamber in an orange jumpsuit. Prosecutors have already recommended that she "receive no jail time, perform 40 hours of community service, complete three years of probation, and pay $500 in restitution" for being one of those who invaded the Capitol during the insurgency. And that's before her attorney wrote a letter explaining how she's embarked on a self-education program that included watching Schindler's List. So she may not even go away with a sore wrist.

However, Morgan-Lloyd may be the first to stand before a judge over the events of the insurrection, but she won't be the last. That includes several members of the white supremacist group Oath Keepers, who just learned today that one of their own has agreed to fully cooperate with federal prosecutors.

It may be an odd pairing to see Morgan-Lloyd and Oath Keeper Graydon Young entering the same federal courthouse to attend their respective hearings on the same afternoon. But then, the pair had no trouble mixing on Jan. 6, when the Oath Keeper militia mixed freely with Morgan-Lloyd and the tens of thousands of Trump supporters who stepped over or through security fences and police lines to crowd the Capitol.

Both Morgan-Lloyd and Young were among those who actually entered the building on that day, and while Morgan-Lloyd says, "It was never my intent to help empower people to act violently," it's certainly what she and all the others who marched on the Capitol to stop the electoral count accomplished. Young has no such claim. Violence is exactly why he was there.

As the Orlando Sentinel reported back in March, Young was part of a conspiracy involving at least nine members of the Oath Keepers who planned in advance how they could force their way into the Capitol. The conversations within the group also included encouragement to bring weapons and threats of violence. But mostly what Young wanted prosecutors to know back then was that being in jail was taking a "high toll on his mental well-being."

Young claimed at the time he was "unaware of the nefarious purposes" of the Oath Keepers. Which seems odd, considering that he not only took part in the advanced planning, he showed up on Jan. 6 wearing camo combat gear, including a tactical vest and protective helmet.

In the interval between March and June, there have been numerous reports that Grayson was negotiating with prosecutors as part of a plea deal. On Wednesday that became official, as Grayson attended a hearing where federal prosecutors explained that deal to a judge.

These two hearings represent the first in line, and it should be remembered that these defendants got that spot because of their willingness to cooperate. It could still be months before those facing the biggest charges come before a judge.

At her afternoon hearing, Scott MacFarlane of MSNBC reports that Morgan-Lloyd continued to be apologetic, telling the judge she was "ashamed" of what became "a savage display." But Judge Royce Lamberth seemed disinclined to send the Indiana woman on her way, telling her, "I've struggled with what would be an appropriate sentence." The judge made it clear that "this was not a peaceful demonstration" and it was "not an accident this turned violent." However, the judge did acknowledge that Morgan-Lloyd was owning up to her actions, saying, "Some of these defendants in these cases are not gonna do what you did."

In the end, Judge Lamberth gave Morgan-Lloyd 36 months probation. Which exactly matched the prosecutors' request. Which is bound to be disappointing to many, but the plea she made was only to a single misdemeanor charge of "Parading, Demonstrating, or Picketing in a Capitol Building," That makes this about the lowest ranking of all the cases coming forward.

Judge Lamberth did take time out to complain about "some Members of Congress" who were "re-writing history" when they compared the events of Jan. 6 to a "tourist visit." That would be you, Rep. Andrew Clyde.

Meanwhile, BuzzFeed News reporter Zoe Tillman was on hand for Grayson Young's brief appearance before Judge Amit Mehta. Young stood in front of the judge and pleaded guilty to two counts (out of a considerably larger indictment). He pleaded to felony charges of conspiracy and obstruction of an official proceeding. The two charges together have a combined maximum sentence of 25 years; however the judge tells Young that he should expect a sentence between 63 and 78 months based on his cooperation and accepting responsibility for his actions. Five to six years is not nothing, but it's certainly better than what Young might have received if he failed to make a deal.

Young then waived his right to counsel and agreed to cooperate fully with prosecutors. That includes interviews with law enforcement officials and testifying before a federal grand jury. Judge Mehta noted that Young's jail time could be further reduced if prosecutors are pleased with his cooperation.

As David Neiwert reported back in February, the Oath Keepers played a critical role in organizing the events of the Jan. 6 insurgency. The groups were spread across multiple states, and discussed bringing "heavy weapons" to the event. They also have connections to Roger Stone, Alex Jones, and organizers of the "Stop the Steal" rally. Young himself was one of the Oath Keepers who acted as a bodyguard for Stone on Jan. 5.