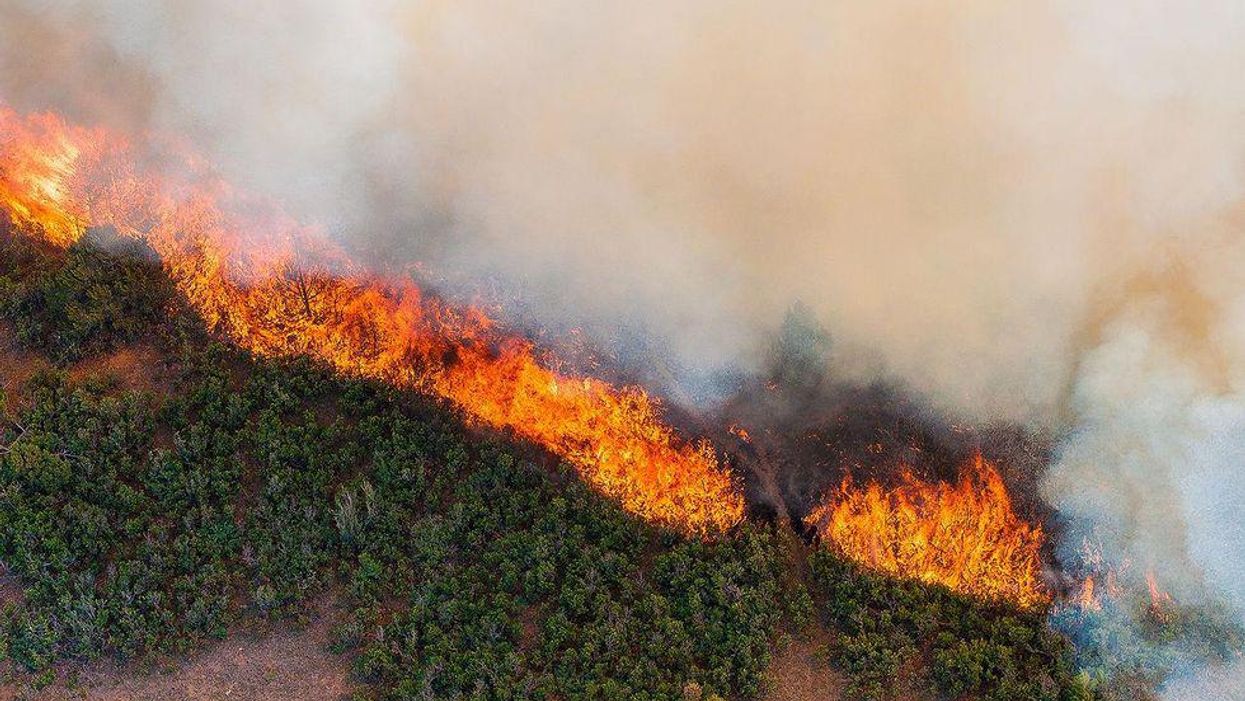 Agence France-Presse reported Monday on the contents of a leaked draft of a United Nations intergovernmental climate panel report which warned that devastating effects of a warming world are set to hit far sooner than previously thought, with impacts including an additional tens of millions of people facing hunger by 2050.

"This is a warning of existential risk. Of survival. Of collapse," said climate movement Extinction Rebellion in response to AFP's reporting on what the draft contained.

The draft Intergovernmental Panel on Climate Change (IPCC) document warns of sweeping impacts on weather events, food, ecosystems, and disease—changes expected even if global temperature rise is kept under the Paris climate agreement's second threshold of 2°Celsius. It also calls for systems-wide changes to avert a worst-case climate scenario.

"By far the most comprehensive catalogue ever assembled of how climate change is upending our world, the report reads like a 4,000-page indictment of humanity's stewardship of the planet," reported AFP.

The final document is set to be released in February at the end of the formal review process.

IPCC responded to the media reporting with a statement indicating the draft document is likely based on the Second-Order Draft of the Working Group II report, which was circulated for review by governments and experts in December and January.

Because it is a confidential working document, the IPCC said it would not comment on the draft.

In a lengthy Twitter thread responding to the reporting, climate scientist Katharine Hayhoe called the draft's assessment rightly "blunt" though unsurprising given that it's a synthesis report.

Referring to scientists, she added: "We've realized that if we don't spell out the fact that it's our civilization we've put on the chopping block ourselves, in words that everyone can understand, emphasizing risks that matter to everyone on this planet, who will?"

"Climate change isn't just one more priority on our already over-crowded list," Hayhoe wrote. "It is a threat multiplier that affects every single other priority already on it, from the air we breathe to the food we eat."

Speaking to AFP, she said the document "confirms what we already knew"—that "the situation is very dire and that we need to act right now."

"At least I find that it's very hopeful," she said, "that many people are becoming more and more ready to tell it like it is," because "we can of course not face this crisis unless we tell it like it is, unless we are adult enough to tell the truth and to face the reality."

She added that "this could be something that could... wake people up, which is very hopeful."