'The truth can't be hidden': Ilhan Omar hits back after Democrats target her for criticizing US and Israel 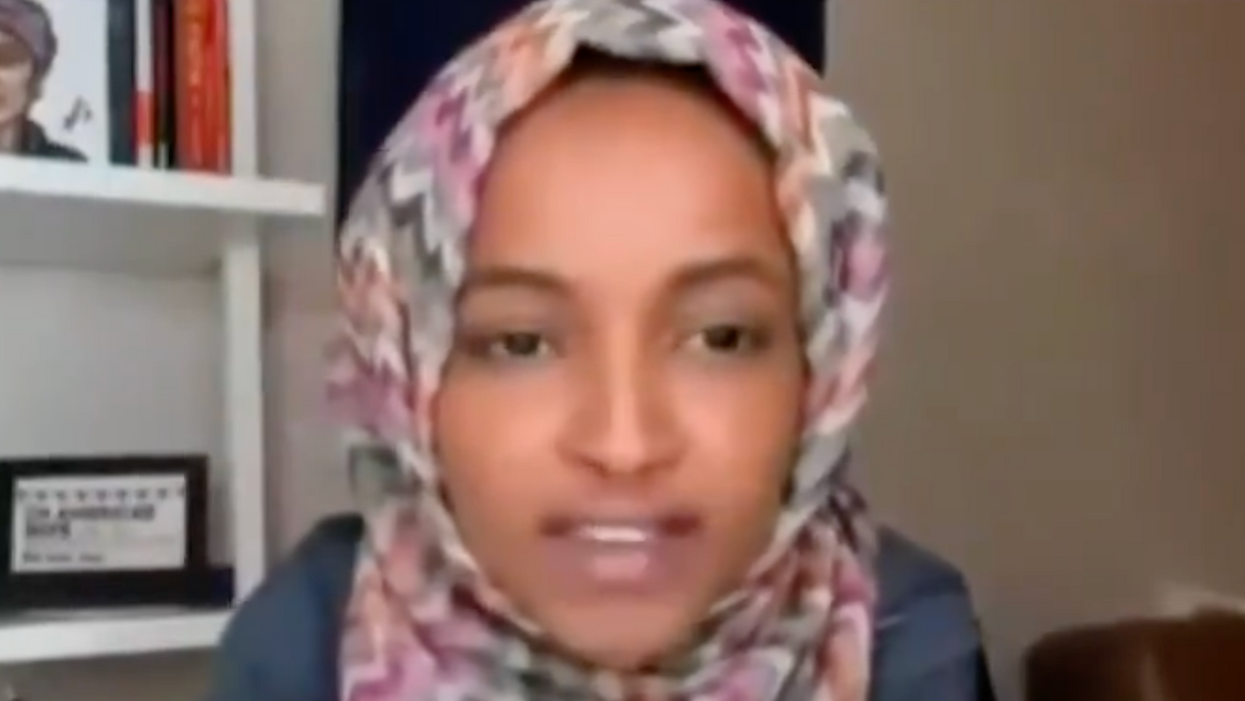 Congresswoman Ilhan Omar of Minnesota hit back Wednesday at the dozen fellow House Democrats who accused her of "equating" the United States and Israel to Hamas and the Taliban after she pointed out that the U.S. and Israeli governments have committed human rights atrocities—an uncontroversial statement that the right-wing media and Republican lawmakers rushed to warp and sensationalize.

"We urge Congresswoman Omar to clarify her words placing the U.S. and Israel in the same category as Hamas and the Taliban," the lawmakers said.

The Minnesota Democrat was quick to defend herself on Twitter, slamming her colleagues for putting out a public statement demanding clarity on her comments without first contacting her privately to discuss the matter.

Citing an unnamed House Democratic aide, the New York Times reported Thursday that Omar had heard the Democratic lawmakers "were going to publicly call for a clarification of her remarks and reached out to them several times on Wednesday."

"They did not respond before their public chastisement," the aide told the Times.

Omar also accused the House Democrats of deploying "Islamophobic tropes" by claiming her remarks were fueled by "prejudice" against the U.S. and Israel.

The exchange stems from a tweet Omar posted earlier this week in which she demanded "the same level of accountability and justice for all victims of crimes against humanity."

"We have seen unthinkable atrocities committed by the U.S., Hamas, Israel, Afghanistan, and the Taliban," Omar wrote.

The Twitter post includes a clip from Omar's questioning of U.S. Secretary of State Antony Blinken during his appearance before the House Foreign Affairs Committee on Monday.

We must have the same level of accountability and justice for all victims of crimes against humanity. We have see… https://t.co/Aq6WVVv1mO
— Rep. Ilhan Omar (@Rep. Ilhan Omar) 1623094457.0

Omar asked Blinken where victims of crimes against humanity are supposed to seek recourse if the U.S. doesn't support investigations by the International Criminal Court (ICC), which is currently probing alleged war crimes in Afghanistan and the occupied Palestinian territories.

In March, Blinken said the U.S. opposes the probe in the occupied territories on the grounds that the ICC has "no jurisdiction over this matter"—a position the secretary of state repeated during Monday's hearing.

And while the Biden administration lifted Trump-era sanctions imposed on ICC officials in retaliation for their war crimes probe in Afghanistan, the U.S. has yet to support the investigation.

In response to the attack from her fellow House Democrats, Omar said Wednesday that "citing an open case against Israel, the U.S., Hamas, and the Taliban in the ICC isn't comparison or from 'deeply seated prejudice.'"

"You might try to undermine these investigations or deny justice to their victims," Omar added, "but history has taught us that the truth can't be hidden or silenced forever."

On Thursday, Omar's allies in the House and progressive advocacy groups came to her defense. Rep. Rashida Tlaib (D-Mich.), the first Palestinian-American woman ever elected to Congress, tweeted that she is "tired of colleagues (both D+R) demonizing Ilhan Omar."

"Their obsession with policing her is sick," Tlaib continued. "She has the courage to call out human rights abuses no matter who is responsible. That's better than colleagues who look away if it serves their politics."

Rep. Cori Bush (D-Mo.) also weighed in on Omar's side:

"They are more interested in protecting Israeli occupation and apartheid than working towards Jewish safety and equal rights for Palestinians and Israelis," the group added.

In a statement, Edward Ahmed Mitchell, national deputy director of the Council on American-Islamic Relations, said that "although we expect far-right, Islamophobic voices to target Rep. Omar for speaking up on human rights, it is shameful for her own colleagues in the House to join them in doing so."

"Rep. Omar stated an indisputable fact: various actors in the Middle East, including our own government, have committed atrocities and should face accountability for their conduct in the appropriate international forums," said Mitchell. "There is nothing 'prejudiced' about this observation."