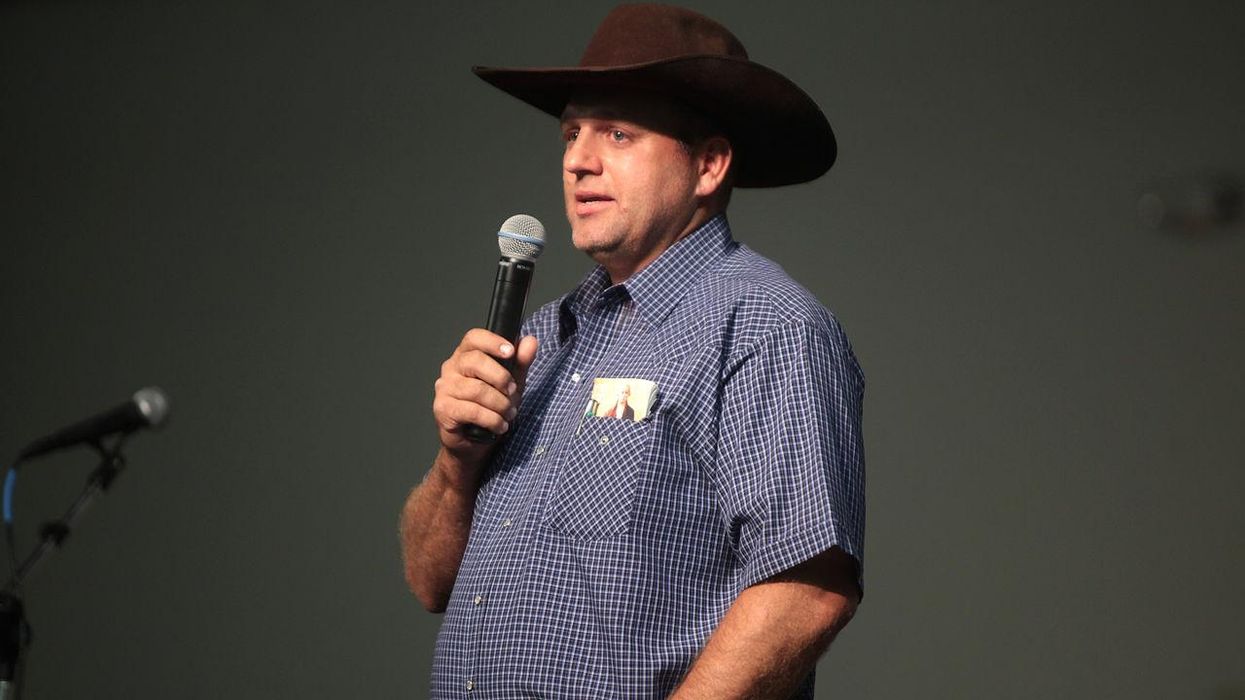 Joe Scarborough, the Never Trump conservative and former GOP congressman who hosts "Morning Joe" with liberal pundit Mika Brzezinski on MSNBC, recently commented that the battle among Republicans in Congress isn't between conservatives and centrists — it's between arch-conservatives like Rep. Liz Cheney of Wyoming and QAnon crazies who believe that Cheney and similar politicians aren't far enough to the right. And that applies to state governments as well. Journalist Jason Wilson, in an article published by The Guardian on June 7, describes some of the infighting that is taking place among Republicans in Idaho — where right-wing Republican Gov. Brad Little finds him being attacked by extremists and coronavirus deniers who are even more to the right.

Idaho is a deep red state — much redder than Texas, in fact. In the 2020 presidential election, former President Donald Trump defeated now-President Joe Biden by 30% in Idaho compared to 6% in Texas. And Little is definitely right-wing politically; the Idaho governor is far from a centrist, let along a liberal or progressive.

But Little, according to Wilson, finds himself caught up in a Republican "civil war that now extends all the way from the grassroots to the executive mansion."

"In late May," Wilson reports, "the state's Republican governor, Brad Little, angrily revoked an executive order banning mask mandates in the state, which had been put in place by his own militia-supporting lieutenant governor during a period when she was deputizing for him. Janice McGeachin had ordered that Idaho cities and counties revoke mask orders, playing into a widespread fear among the far right that basic health measures to stop the spread of the coronavirus pandemic are a sign of an over-reaching government. Little then called McGeachin's action 'tyranny' and a 'stunt' and scuppered it after it had been in place for just a day."

But Wilson stresses that in Idaho, the infighting among Republicans goes way beyond Gov. Little and Lt. Gov. McGeachin.

"Observers say the bizarre fight is symptomatic of a much wider problem in Idaho and the rest of America," Wilson notes. "They fear that the political dynamics in Idaho — where far-right actors have won recruits and political momentum through uncompromising refusal to comply with public health measures — may presage a worrying direction of conservative politics in the country as a whole."

Mike Satz, executive director of the group the Idaho 97 Project, told The Guardian, "Political moderates around the country need to pay more attention to what is happening here. Idaho used to follow broader trends, but now, it is in the vanguard of extremist activity."

The Idaho 97 Project, Wilson notes, was founded in 2020 to counter misinformation from far-right coronavirus deniers and anti-maskers. Idaho doesn't have a statewide mask mandate, but McGeachin wanted to forbid cities and counties in the state from enacting any local mask mandates. And McGeachin, according to Wilson, has "drawn concern" from some Republicans because of "her associations with the Three Percenter militia movement."

"Even in a deep-red state, until recently such associations and positions may have ruled McGeachin out as a serious contender for the governorship," Wilson explains. "But Jaclyn Kettler, a political scientist at Boise State University, located in the state's capital, said that over the last year, 'battles over mask mandates have underlined divisions within the Republican Party.' She says that the divisions are longstanding."

Militia extremist Ammon Bundy has played a prominent role in anti-mask demonstrations in Idaho, and some Idaho Republicans haven't been shy about embracing Bundy — who has filed papers to run for governor of Idaho in 2022.

Amy Herzfeld-Copple of the nonprofit Western States Center told The Guardian, "Both Bundy and McGeachin have exploited pandemic anxiety and instability over the last year to build political power and attract attention for disrupting democratic norms…. They each have long histories of engaging with paramilitaries, encouraging political violence, courting bigoted groups…. There's a real danger that their campaigns will embolden extremist movements."