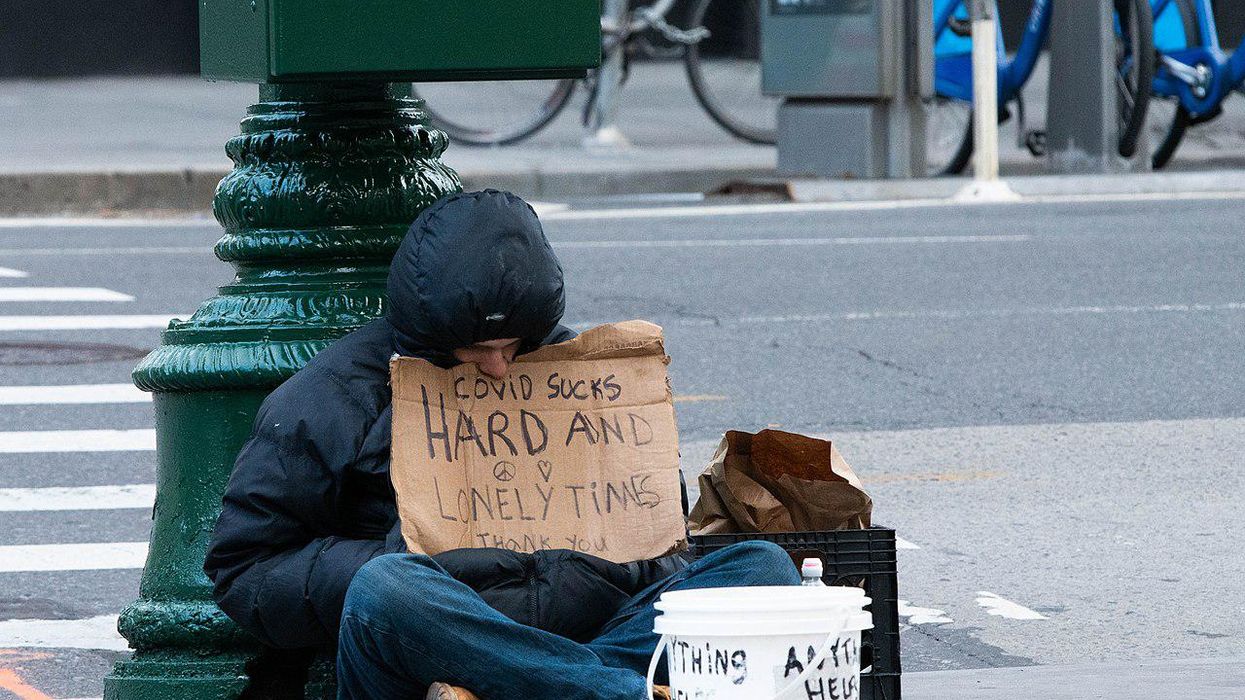 Republican Tariq Bokhari, who serves on the city council in Charlotte, North Carolina, is hardly the only politician who has recommended that people donate to charities that help the homeless rather than giving money to homeless people directly. But Bokhari has created controversy by suggesting that people who give money directly to the homeless should be fined.

Ryan Kruger, a reporter for Fox 46 Charlotte (the Fox affiliate in that city), reports that during a Charlotte City Council meeting on June 14, Bokhari told his colleagues, "People aren't getting it, and they're still bringing food and clothing and resources directly to folks that are out there right now. They're only making themselves feel good…. Perhaps we explore making that a misdemeanor."

Bokhari has since doubled down on his recommendation. During an interview with Fox 46 Charlotte, the Republican said that he didn't regret what he said on June 14 "even one little bit."

Bokhari told Charlotte's Fox affiliate, "Whether its tent city or the levels of aggressive panhandling or people not getting the help they need, it's not working."

Deborah Woolard, founder of Block Love Charlotte — a Charlotte-based charity that helps the homeless — vehemently disagrees with Bokhari. Woolard told Fox 46 Charlotte, "Who are we to say: don't give to this person when clearly, we can see a need here?.... Don't ever feel like you can't just give from your own heart when you see a person at a stoplight or on a bridge. When someone needs a hand, why not be that hand?"

Woolard noted that when she was working in law firms in Charlotte over the years, she made a point of getting to know homeless people.

"I saw the same people every day," Woolard told Fox 46 Charlotte. "And instead of just assuming what their issues were. I would have conversations, find out what they needed."