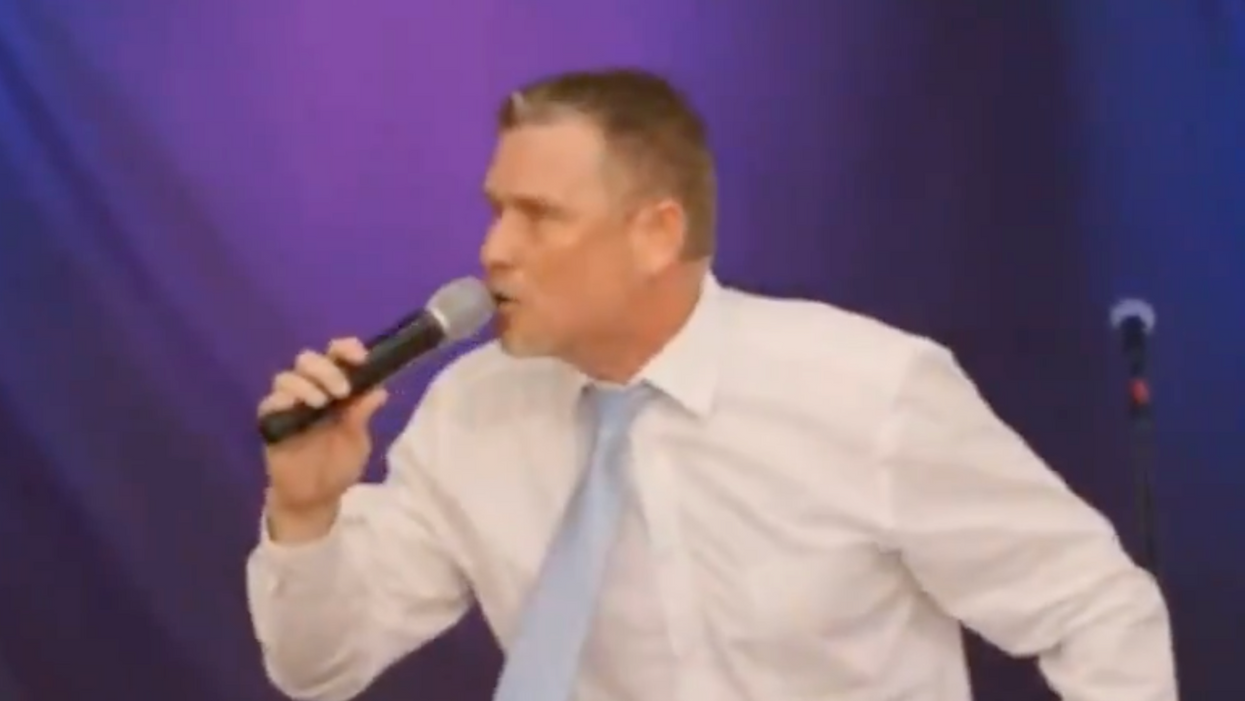 Although People for the American Way's Right Wing Watch has announced that it has been indefinitely suspended by YouTube, its Twitter feed is alive and well — and over the weekend, the account tweeted an unhinged sermon by far-right evangelical pastor Greg Locke, who is claiming that secret tunnels used for child sex trafficking can be found underneath the White House and the U.S. Capitol Building.

Locke's sermon parrotted the fictional conspiracy theories of the extremist QAnon cult, which believes that the United States' federal government has been infiltrated by an international cabal of child sex traffickers, Satanists and cannibals and that former President Donald Trump was elected in 2016 to fight them.

The pro-Trump Baptist pastor, who heads the Global Vision Bible Church in Juliet, Tennessee, told his followers, "God is about to bring the whole house down, ladies and gentlemen. These bunch of sex-trafficking mongrels are about to be exposed. These bunch of pedophiles in Hollywood are going to be exposed for who they are."

Locke, attacking President Joe Biden and other Democrats during his QAnon-inspired rant, added, "I don't care what you think about Sleepy Joe — he's a sex-trafficking, demon-possessed mongrel. He's of the left. He ain't no better than the Pope and Oprah Winfrey and Tom Hanks and the rest of that wicked crowd. God is going to bring the whole house down…. He's going to burn the whole thing to the ground. He's going to expose all these bunch of pedophiles. I'm telling you, he's going to expose Kamala Harris for the Jezebel demon that she is." "Jezebel" is a racist and sexist term used to denigrate Black women.

Locke, however, did say one factual thing during his sermon when he described himself as "crazy."

"I don't know why pastors don't want to talk about this stuff," Locke told the crowd. "Well, I do. They don't want to seem crazy. I'm already crazy."

Locke claimed that "the military uncovered tunnels beneath the Capitol Building and beneath the White House" that have been used for child sex trafficking, adding that anyone who tries to cover that up is "just as complicit as Hunter Biden and the rest of them bunch of crack-smoking perverts."

Here are some responses to Locke's rant that have been posted on Twitter: