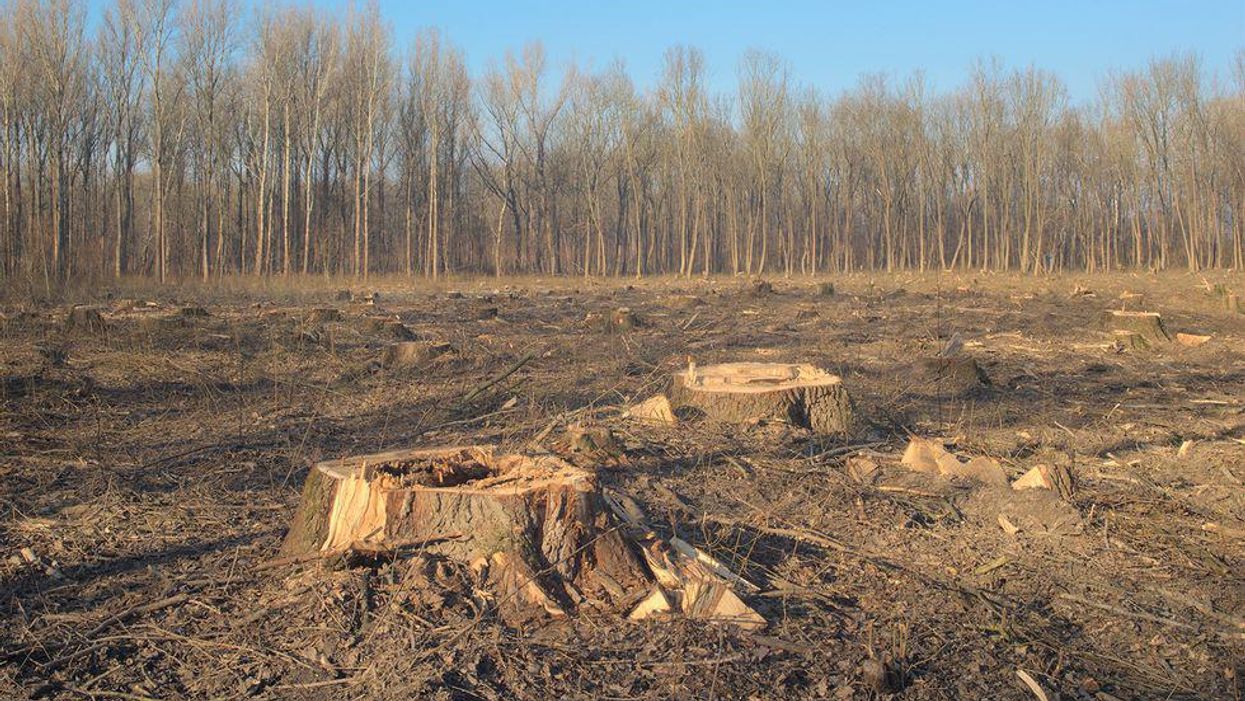 More than 50 conservation and climate justice organizations across Northern California, Oregon, and Washington on Wednesday called on policymakers to preserve the region's tens of millions of acres of forest land by adopting a Green New Deal for Pacific Northwest Forests—a plan comprised of six pillars aimed at safeguarding against destructive wildfires while also mitigating the climate emergency.

"Forestlands in the Pacific Northwest can become central in drawing carbon out of the atmosphere and defending against the worst impacts of climate change, all the while supporting the local economies and rural communities that rely on forestlands." —50+ conservation groups

"The forests of the Pacific Northwest have the potential to take up and store as much if not more carbon per acre than any other forest in the world—including the Amazon rainforest," said (pdf) the organizations, calling for a transformation of industrial forestry in line with the demands of the Green New Deal legislation originally introduced in 2019 by Rep. Alexandria Ocasio-Cortez (D-N.Y.) and Sen. Ed Markey (D-Mass.).

Greenpeace USA, the Oregon League of Conservation Voters, and several local chapters of the Sunrise Movement are among the groups calling for a just transition away from the logging industry—the number one source of carbon emissions in the state of Oregon, a direct cause of worsening wildfires impacts, and an industry that's left less than 20% of the region's forests unlogged.

"Forestlands in the Pacific Northwest can become central in drawing carbon out of the atmosphere and defending against the worst impacts of climate change, all the while supporting the local economies and rural communities that rely on forestlands," the groups said.

"The forests of the Pacific Northwest are a world-class natural climate solution," said grassroots conservation group Cascadia Wildlands. "It is time that we started treating them as such."

Countering claims by Green New Deal opponents, the groups' plan emphasized that a shift away from industrial logging is far from being a job-killer.

While corporate timber companies have maximized their profits and reduced their operating costs at the expense of workers and the rural communities in which they operate, the groups noted, a Green New Deal for northwestern forests would guarantee union jobs in numerous areas including outdoor education, road and infrastructure repair, and ecological fire management.

"Hundreds of climate scientists and ecologists are telling policymakers that logging is a major source of carbon emissions, and we must do more to protect our forests so they can draw down atmospheric carbon," said Dr. Chad Hanson, director and principal ecologist of the John Muir Project of the Earth Island Institute. "This goes hand in hand with a just transition, because we know that real prosperity in rural communities is tied mainly to forest protection, not degradation and exploitation."

The proposal demonstrates that "there is no reason why rural communities should have to choose between prioritizing forest ecosystems or having a robust economy—we can have both," said the organizations.

The six pillars of the Green New Deal for Pacific Northwest Forests are:

"If done right, a Green New Deal will simultaneously mitigate the climate crisis, transform our national (and global) economy, address issues of social, racial, economic and environmental injustice, protect natural ecosystems, and create millions of good paying union jobs," the plan states. "To do this, we must demand a bold vision from leaders at both a community and national level; a willingness to truly reimagine all aspects of our economy to create a society based on principles of solidarity and ecology instead of competition and extraction."

"Through reimagining our relationship with forests across the Pacific Northwest, we can not only mitigate the climate crisis but also build a future for our region based on economic, racial, and environmental justice." —Green New Deal for Pacific Northwest Forests

In addition to supporting communities' economies, the Green New Deal for Pacific Northwest Forests would protect millions of people in rural communities by reducing the risk and severity of wildfires, which burned through an unprecedented 10.3 million acres in 2020.

"The climate crisis, which is being driven in part by industrial logging, increases risk and severity of wildfire," said the organizations. "Industrial logging also directly increases wildfire impacts due to the resulting monoculture tree plantations, which allow fire to burn more severely and spread more quickly. On the other hand, forests with a greater degree of protection have lower wildfire risk."

Michael Beasely, a fire behavior analyst and retired fire chief in California's Inyo National Forest, said the plan would allow "disadvantaged workers to be true heroes in the eyes of rural communities as they conduct fuel reduction close to homes and infrastructure where it matters most, in the home ignition zone."

"In turn forests can be allowed to fulfill the full range of ecosystem services, sequestration of carbon and clean water most importantly, all the while allowing for rewilding of the most remote areas, complete with intact ecosystem processes like naturally-occurring fires," said Beasely.

Adopting a Green New Deal for Pacific Northwest Forests would allow the region to meet the bold emissions reduction targets necessary to mitigate the climate emergency while centering a just transition for workers and communities, the organizations said, emphasizing that "we do not have to wait for any new technological advances or large scale investments in facilities to do this."

"The means by which to draw down significant amounts of carbon already exist in our nation's forested lands," the plan reads. "Through reimagining our relationship with forests across the Pacific Northwest, we can not only mitigate the climate crisis but also build a future for our region based on economic, racial, and environmental justice."