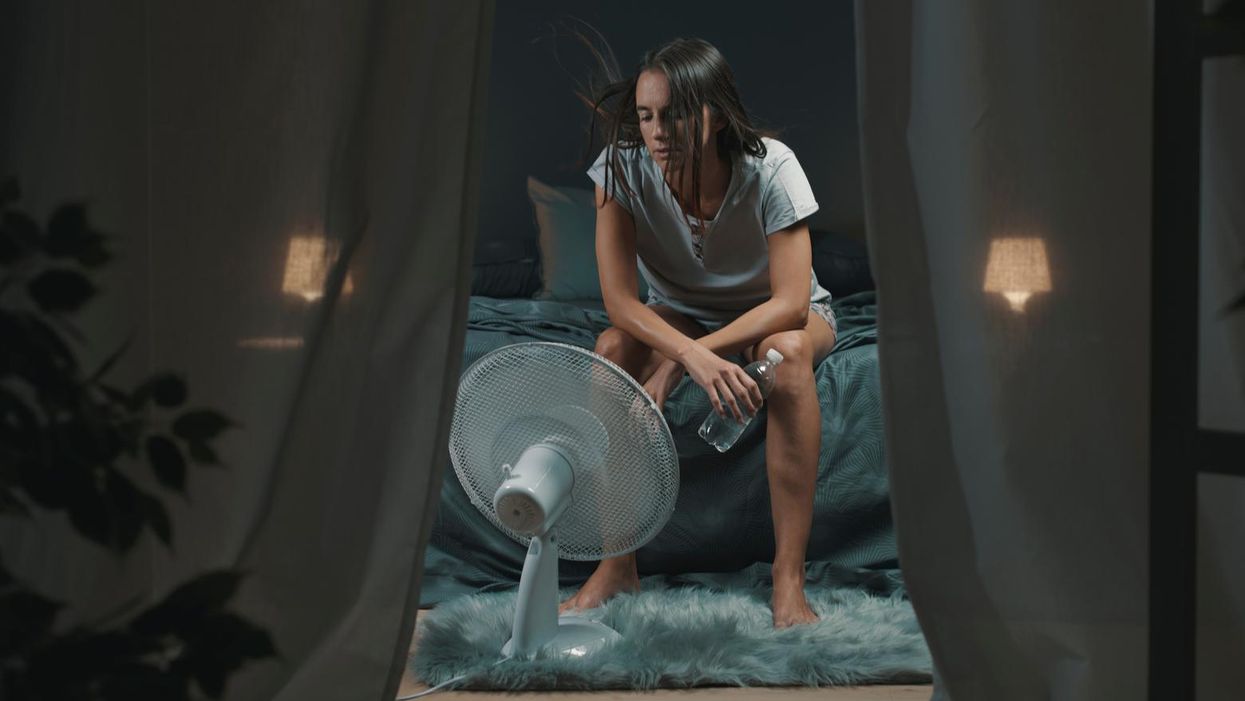 With states across the southern and western United States facing record high temperatures weeks before the hottest months of the year, scientists and progressive lawmakers on Wednesday doubled down on calls for green infrastructure to ensure the nation is prepared for increasing levels of extreme weather on a rapidly warming planet.

For the second time in four months, state regulators in Texas on Monday warned residents that the demand for energy was straining the state's power grid, asking millions to set their thermostats to 78 degrees or higher, turn off lights, and avoid washing clothes and cooking.

Nevada and Arizona residents were also advised about drought conditions, wildfires, and extreme heat, and in California regulators on Tuesday warned people that they may soon be asked to conserve energy as parts of the state saw temperatures rising to 110 degrees and several wildfires burning.

Temperatures across Texas have reached the 90s this week, and the power demand on Monday came to 70 gigawatts—breaking the state's record for June and coming close to the maximum that the grid was able to offer with some power plants offline for reasons that were unclear.

The New York Times noted that in the state's deregulated energy system, power producers sometimes "simply choose not to offer electricity into the market because it might not prove economically beneficial, leaving customers short on energy and paying high prices for the power they do get."

Following the winter storm in Texas in February that left nearly five million homes and businesses without electricity for days and was linked to more than 100 deaths, state lawmakers introduced legislation to better weatherize the power grid, but critics said this week's heat wave has demonstrated how the plan is inadequate.

"If we talk about infrastructure without considering how that infrastructure needs to match the climate conditions from today on into the future, then we're building something that won't stand a chance," Julie McNamara, a senior energy analyst at the Union of Concerned Scientists, told the Times.

According to The Guardian, solar power generation—demand for which skyrocketed after February's power failure—has kept millions of Texans' lights from going out this week.

"We have over five times as much solar as we had a few years ago and that made the difference in having these afternoons when we've had calls for conservation," Dan Cohan, a civil engineering professor at Rice University, told The Guardian. "There likely would have been rolling blackouts if we didn't have solar farms online."

Kevin Doffing, a Houston resident who bought a solar energy system after the winter storm, told the Times, "I just don't see how we keep doing what we've been doing and expect different results."

The state's power grid was "deregulated and designed 20 years ago," said Mike Collier, a former adviser to President Joe Biden who is running for lieutenant governor in the state, and is now in "desperate need of modernization and simply hasn't kept up with technology."

Rep. Ro Khanna (D-Calif.) tweeted that the power grid's failure to provide for the state's needs in unseasonably cold and hot weather—both of which are expected to continue amid the climate emergency—underscores the need "to invest in clean and renewable energy infrastructure."

This winter, we saw the deadly results of Texas putting profits before people. Texas’ grid shutting down in both c… https://t.co/bsfIvqu9M4
— Ro Khanna (@Ro Khanna) 1623785881.0

"The need to include climate action in any infrastructure package should not be in question," said Lori Lodes, executive director of Climate Power.

As February's storms left 69% of Texans without electricity, the state's Republican leaders were quick to blame progressives who have pushed for a Green New Deal and an infrastructure plan that includes clean energy investments—despite agreement among experts that failures of fossil fuel-powered energy sources were behind the crisis.

In fact, said Dan Lashof of the World Resources Institute, "investing in modernizing our electricity grid to make it more resilient" is one key component of rebuilding the nation's infrastructure, despite Republican claims that the proposal doesn't qualify as "traditional" infrastructure.

"Which provisions of the American Jobs Plan do opponents want to cut when they say they want to limit spending to 'traditional' infrastructure?" Lashof asked on social media.

"If we do all of these things fast enough and at large enough scale we will create millions of good jobs, reduce death and disease, and cut our emissions of heat-trapping pollution in half within a decade," said Lashof.