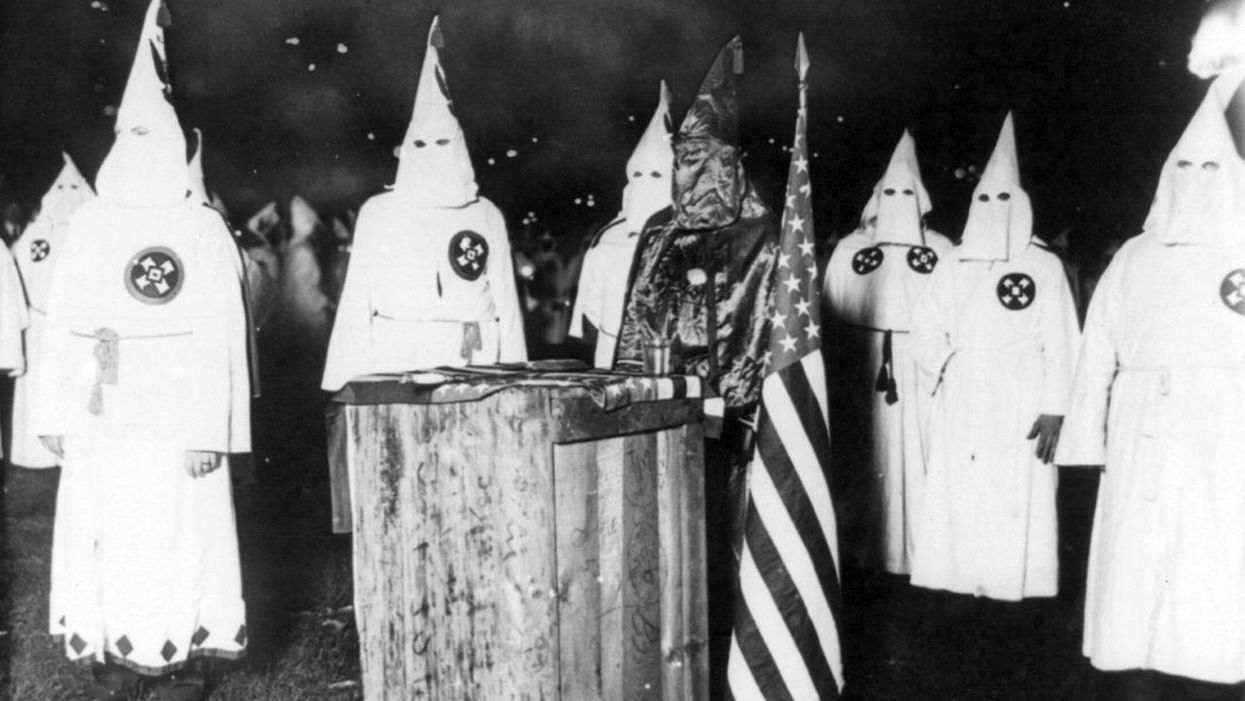 All over the United States, Republicans in state legislatures who are pushing voter suppression bills are keeping a close eye on the enforcement of Georgia's so-called Election Integrity Act of 2021, a.k.a. Senate Bill 202 — a voter suppression bill that Gov. Brian Kemp signed into law on March 25 — and the types of legal challenges it faces. Journalist Greg Palast, in an article published by Truthout this week, examines the legal problems posed by the Election Integrity Act and the ways in which it violates the Ku Klux Klan Act of 1871.

The KKK, the United States' most infamous domestic terrorist organization, had only been in existence about six years when the Ku Klux Klan Act of 1871 was passed by Congress and signed into law by President Ulysses S. Grant, a Republican. And the Ku Klux Klan Act was designed to facilitate prosecutions of KKK members, who often resorted to acts of terrorism to discourage African-American men from voting during Reconstruction.

The Ku Klux Klan Act of 1871 had been federal law for 150 years, and Palast lays out some reasons why it is relevant to the enforcement of the Election Integrity Act.

"Georgia Republican officials have quietly challenged 364,000 Georgia voters, a scheme newly empowered by the Georgia voting restriction law SB 202, passed in March," Palast observes. "A three-month investigation by the Palast Investigative Fund for The Hartmann Report located hundreds of innocent voters at risk — as well as the perpetrators of this mass voter suppression program…. One GOP official, Pamela Reardon, has personally challenged the right of 32,379 voters to have their ballots counted."

Palast goes on to say that that the Ku Klux Klan Act "provides for criminal penalties for intimidation of voters." According to Palast, "Reardon and her cronies' wild, unverified accusations against a mass of voters, a list suspiciously heavy with voters of color, could run right into the Ku Klux Klan Act of 1871."

"SB 202 specifically allows any 'elector' — that is, a voter — to challenge the qualifications of any other voter," Palast observes. "And the law states, frighteningly, 'There shall not be a limit on the number of persons whose qualifications such elector may challenge.'"

On June 25, Palast notes, the U.S. Department of Justice "announced it was suing Georgia under the Voting Rights Act — that is, the remnants of the Act — to reverse portions of SB 202." And now, the journalist is hoping the DOJ will also use the Ku Klux Klan Act to challenge the Election Integrity Act.

"On Friday, Attorney General Merrick Garland, proclaimed, 'We are scrutinizing new laws that seek to curb voter access and that where we see violations of federal law, we will act,'" Palast writes. "Now, let's see if Garland is ready to dust off the Ku Klux Klan Act and confront the perpetrators of Georgia's biggest vote suppression scheme yet."