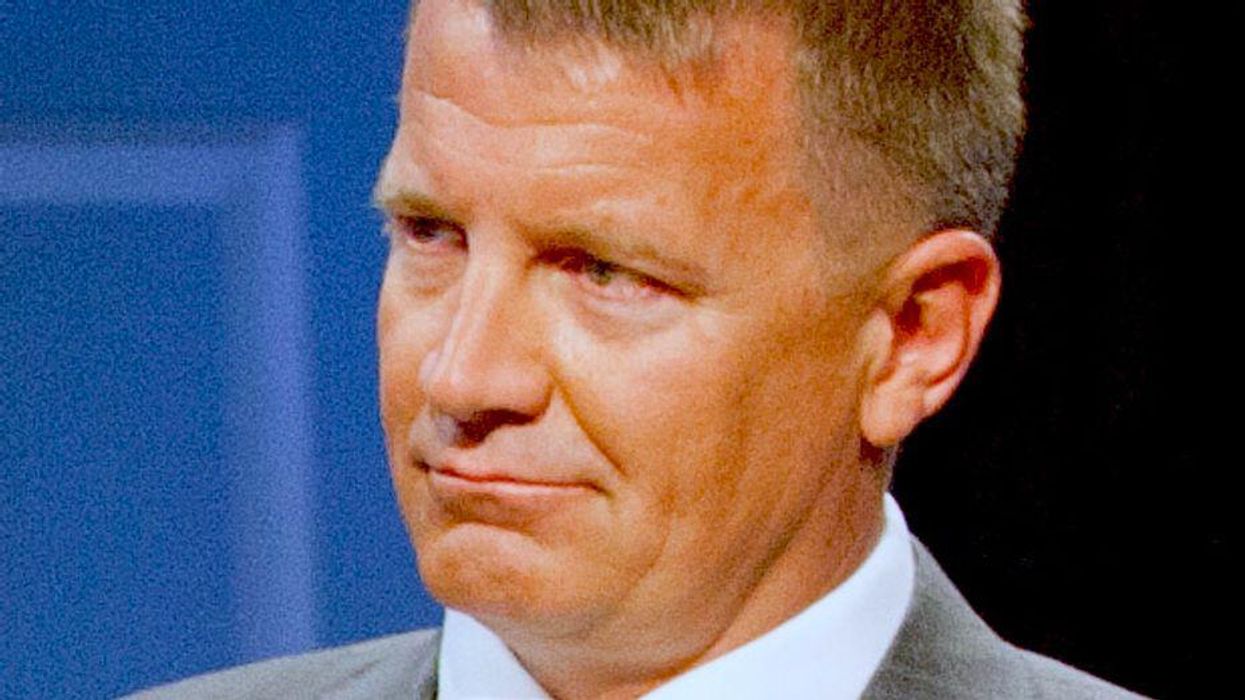 Despite some "bumbling and amateurish" tactics, the now-married couple at the center of the report connected with political figures and groups in Arizona, Colorado, and Wyoming in an operation the reporters pieced together through a review of federal election records and over two dozen interviews.

The full scope of information that the spies may have gained access to is not clear, but they attended various events—including a fundraiser at which one of them was photographed with Tom Perez, then the chairman of the Democratic National Committee—and have now generated concerns about the possibility of other right-wing operatives and operations across the U.S. political system.

As the Times explains:

Mr. Prince had set Mr. Seddon's work in motion, recruiting him around the beginning of the Trump administration to hire former spies to train conservative activists in the basics of espionage, and send them on political sabotage missions.

By the end of 2018, Mr. Seddon secured funding from the Wyoming heiress, Susan Gore, according to people familiar with her role. He recruited several former operatives from the conservative group Project Veritas, where he had worked previously, to set up the political infiltration operation in the West.

The "spies" exposed in the report are Sofia LaRocca, 28, and Beau Maier, the 36-year-old nephew of conservative commentator Glenn Beck. Maier's mother worked at the Prince family ranch in Wyoming, where Seddon trained Project Veritas operatives in 2017, before leaving the group the next year.

Seddon, Maier, LaRocca, Gore, and the heiress's attorney did not respond to the newspaper's requests for comment, including questions about campaign contributions. "Straw donations" in which donors are reimbursed for contributing to a political campaign are illegal under federal law.

This should be a much bigger story. This is an extremist movement. Look how at the extent to which they are willing… https://t.co/yMzn4NpQeK
— Wajahat Ali (@Wajahat Ali) 1624647900.0

LaRocca secured a job at the Wyoming Investor Network (WIN), a consortium of rich liberal donors that quietly supported some moderate Republicans. Chris Bell, who worked as a political consultant for the consortium, told the Times that "getting the WIN stuff is really damaging" because "it's the entire strategy. Where the money is going. What we're doing long term."

Maier, an Army veteran who fought in Iraq, met with Democrats and Republicans—including Eric Barlow, who is now the Wyoming speaker of the house—about medicinal use of marijuana, "which he said was particularly valuable for war veterans suffering from post-traumatic stress disorder."

Barlow, who said he was open to medical marijuana and decriminalization, called himself a "practical Republican," and told the Times that "for some people, that's a RINO." Trump and other right-wingers use the term, which means "Republican in Name Only," to attack more centrist members of the GOP.

Maier and LaRocca also went on double dates with Karlee Provenza, a Democrat elected to the Wyoming House of Representatives last year, and her now-husband Nate Martin, executive director of the group Better Wyoming, which released a statement on the report Friday.

The statement highlighted the financing from Gore—who had been involved in the state's GOP politics since the 1990s and founded the Wyoming Liberty Group in 2008—and shared that Maier and LaRocca donated thousands of dollars to Better Wyoming.

"The use of spies is an escalation of tactics by Wyoming's political far-right, which already employs anonymous websites, purity tests, smear campaigns, and has secretly recorded Better Wyoming staff members in the past," the nonprofit said.

Martin, in the statement, said that "the use of spies is pretty far out there, but so are many of the Wyoming Liberty Group's ideas… Wyoming's far-right promotes tinfoil-hat conspiracy theories like Medicaid expansion causes abortion and cannabis is ruining the daycare industry. It makes sense that they would use spies to try to attack their opposition or uncover some imagined liberal plot."

The Better Wyoming leader also addressed the social relationship he formed with the spies.

"The whole time, they were lying to my wife and me about who they were and what they were up to, and they were actively trying to get us to say or do things that could ruin our careers and hurt us," Martin said. "Politics aside, that's just a disgusting thing to do to other people. But, again, the people who hired them support policies that defund public schools and block folks from getting healthcare, so it's pretty clear they don't care much about people to begin with."