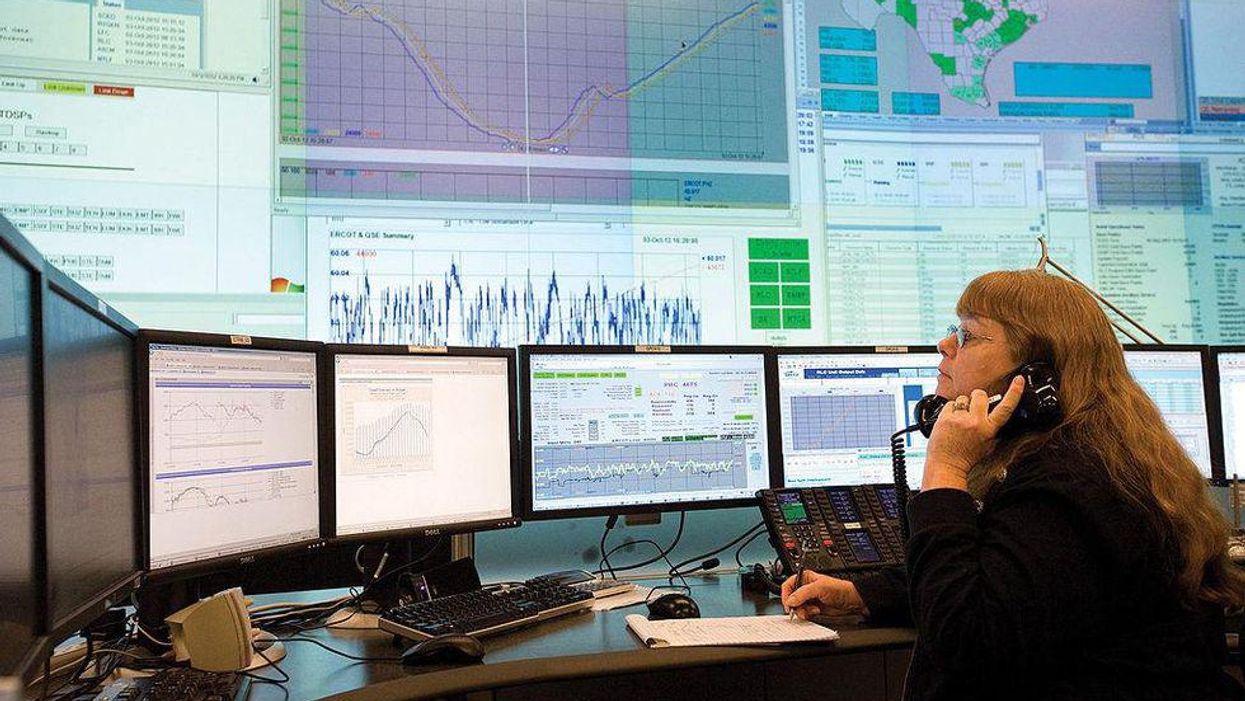 "Some Texas power plants unexpectedly went offline last week. The grid operator says it still doesn't know why" was first published by The Texas Tribune, a nonprofit, nonpartisan media organization that informs Texans — and engages with them — about public policy, politics, government and statewide issues.

Last Monday, Texas' main power grid operator asked Texans, mid-heat wave, to turn their thermostats to 78 degrees during the afternoon and evening for the week to reduce electricity demand on the grid after 12,000 megawatts of power generation unexpectedly went offline — enough to power 2.4 million homes on a hot summer day.

By the end of the week, that appeal from the Electric Reliability Council of Texas expired without a public announcement, and ERCOT officials still have not said why they asked Texans to cut back on electricity use.

Were there damages to the power grid infrastructure stemming from February's deadly winter storm? Were there nefarious actors looking to manipulate the electricity market? What does this mean for power generation during the rest of the hot Texas summer?

ERCOT hasn't said — or released data to answer any of these questions raised by industry experts. And that is exactly how the Texas power grid is supposed to work, energy experts said.

“ERCOT knows what plants fail, but not why," said Bob King, an energy consultant in Austin who has worked in the Texas energy industry for more than 30 years.

ERCOT is a quasi-governmental body that manages the state's power supply; it's overseen by the Public Utility Commission, a state agency with leaders appointed by the governor. While ERCOT oversees the grid's daily operations, the grid itself is a network of independent companies, cooperatives and some cities that aren't required to quickly give ERCOT detailed explanations when power generation goes offline.

So far, ERCOT has not revealed which power plants went down last week — or even how many were down.

“Based on preliminary information received from generation owners, the vast majority of forced outages that occurred last week are due to equipment issues," ERCOT spokesperson Leslie Sopko said. “Our Operations group is analyzing the information and will be providing a more comprehensive overview of the causes."

Daniel Cohan, an associate professor of civil and environmental engineering at Rice University, said ERCOT was not being “sufficiently transparent in explaining what was going on and left Texans in the dark about causes for these outages."

Calpine, one of the state's largest power generation companies, said all of its generation equipment was up and running last week.

Vistra Corp., the state's largest power generation company, had one unit down: The Comanche Peak nuclear plant outside of Fort Worth shut down one of its units when the main transformer experienced a fire, according to the company, which owns the plant. Each unit at Comanche can generate about 1,150 megawatts of energy at full capacity.

"Aside from one unit at Comanche Peak, which makes up about 6% of Vistra's generation capacity in ERCOT, the rest of our fleet performed very well throughout the week," said company spokesperson Meranda Cohn.

But that one outage between the two large companies accounts for less than 10% of the lost power generation last week. ERCOT likely will not give more information to the public for 60 days, per ERCOT and Public Utility Commission rules, officials said.

In the meantime, ERCOT's independent watchdog will investigate what happened. Beth Garza, who was director of the watchdog from 2014 to 2019, said that's standard procedure after such an event.

Last week's power generation outages marked the second time ERCOT has asked Texans to cut back on electricity use since February's storm. Garza and other experts also raised concerns about the winter storm's impact on “thermal" sources of energy, which in Texas are largely powered by natural gas plants.

“One thing I'd be curious about: What the effects of February's cold weather was on thermal units," Garza said. “Was some of that being worked on and fixed (last week)?"

The winter storm shut down a huge chunk of Texas' natural gas supply chain, including natural gas power plants. But in the aftermath of the storm, politically powerful natural gas companies, and their regulators, mostly avoided harsh criticism from state lawmakers. Regulators even went as far as defending the industry through a public relations campaign.

Lawmakers did, however, pass legislation requiring power plants to build protection against extreme weather, a process called weatherization. But critics said lawmakers did not require all parts of the state's electricity supply chain to weatherize.

Of the approximately 12,000 megawatts of generation offline last Monday, about 9,600 megawatts, or nearly 80% of the outages, were from thermal power sources, according to ERCOT.

Less than 500 megawatts of thermal generation offline last Monday were planned to be out for maintenance, ERCOT officials said.

In April, the last time ERCOT asked Texans to cut back electricity use, the supply of electricity to the power grid was struggling to keep up with demand because a large number of power plants were offline — some due to repairs from the February storm — combined with higher demand than ERCOT predicted.

ERCOT has not said if last week's plant outages were related to April's outages.

A more unpredictable and less relied upon power source — wind — also did not provide much power generation to the grid last week while the power plants were offline.

Power from wind turbines last Monday afternoon was between 3,500 to 6,000, according to ERCOT, which was 1,500 megawatts lower than what the grid operator typically expects during the peak time of usage in summer afternoons.

Cohan, the Rice University professor, said he's more worried about the grid's overall performance than the fact that the wind was barely blowing last week.

“This is our primetime season, power plants are supposed to be ready to go for the summer and to generate as much as possible on summer afternoons," Cohan said. “So it is concerning that so many plants weren't ready last week. And last week was really just a trial run. We're likely to have temperatures at least 10 degrees warmer and demand 10% higher on hotter days in July and August. This grid wouldn't have been ready for it."

Disclosure: Calpine and Rice University have been financial supporters of The Texas Tribune, a nonprofit, nonpartisan news organization that is funded in part by donations from members, foundations and corporate sponsors. Financial supporters play no role in the Tribune's journalism. Find a complete list of them here.

This article originally appeared in The Texas Tribune at https://www.texastribune.org/2021/06/24/texas-ercot-power-plants-offline/.