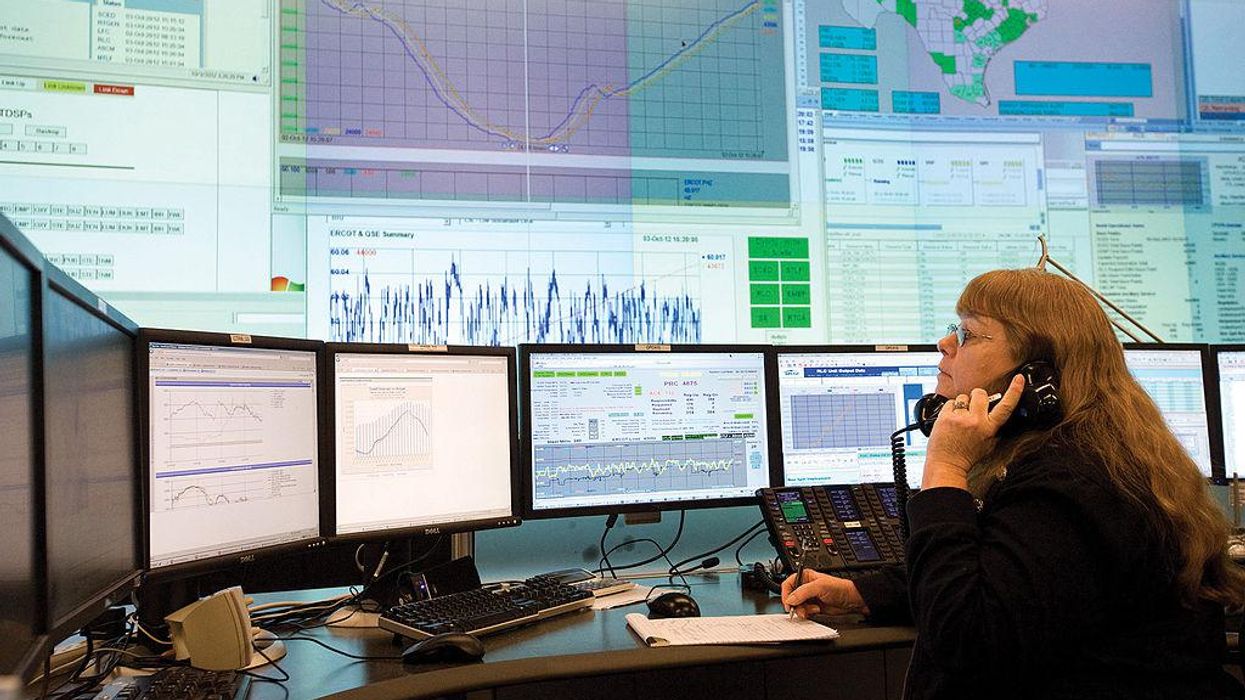 Apparently, wind turbines can also freeze when it gets hot. Or at least, after a deadly outage that left much of Texas in the dark over the winter, the Texas energy grid managed by the Electric Reliability Council of Texas (ERCOT) is once again warning that Texans need to cut back on energy use, or face the possibility of a new extended outage.

It's a situation that will surely lead Republicans to howl once again about the unreliability of renewable power. However, just as in the winter outage, wind and solar are actually performing at a rate above projections. The real problem comes because of "power plant outages," according to ERCOT. That would be the coal and natural gas plants that make up 64% of Texas' electrical energy mix. The energy management organization describes those outages as "unexpected," but it's providing no additional details.

Even at the time it was occurring, it was clear that the primary cause of the outage during the winter was a cascade failure of fossil fuel plants—and especially of natural gas. But what's happening now isn't so much a feature of natural gas as it is a function of Texas' "conservative" politics. The winter outage may not have generated much electricity, but it generated windfall profits for power companies, who sucked in more profit in two days than they made in the rest of the year.

That's happening again. In less than a week, peak period electricity prices in Texas have increased over 10,000%. Pricing at several locations has exceeded $2,000 per megawatt hour. That means that even as residents brace for blackouts, they're set to receive another round of soaring bills.

But don't worry. Texas Gov. Greg Abbott is right on those things things that matter—building a wall, censoring textbooks, and restricting the right to vote.

The problem in Texas is that the great majority of the state was purposely cut off from neighboring grids. That's because Texas Republicans wanted to create a little experiment in capitalism where electrical providers have every incentive to build just enough power to meet every day demands, and not enough to meet exceptional circumstances. Because power prices in Texas—the original home of Enron—are allowed to float on instantaneous market pricing, the cost to consumers is exquisitely sensitive to energy supply and demand. That means that, in addition to seeing power out for days, watching as their homes were ruined by frozen water pipes, and dealing with a clean up that isn't covered by insurance, Texans were left paying massive energy bills after electricity over the winter rose to $9,000 per megawatt-hour.

Which makes what's going on at the moment especially interesting. As the Texas Tribune reports, while those ERCOT messages warn that there are unexpected plant outages, they don't have a reason for those outages. In fact, the senior director of planning for ERCOT says, "I don't have any potential reasons that I can share at this time. It is not consistent with fleet performance that we have seen over the last few summers."

To make that clear: Texas is warning people to use less power, and prices are running wild, and the people that are supposed to manage the power grid are saying that not only don't they have a reason for why so many plants are going offline at the same time, it's "not consistent" with past behavior.

And 80% of the outages are from natural gas and coal-burning steam plants. ERCOT notes that these plants usually go offline several times for maintenance during a typical period in the summer. Despite not having a cause, the effect is clear enough. A week ago, the highest price for electricity was $17 per megawatt-hour. By Sunday, that had increased to $150. By Tuesday, it was averaging $1,464 with spikes above $2,000.

What would it look like if power companies were deliberately manipulating the market by taking plants offline to create an artificial shortage? It would look one hell of a lot like this.

At the moment, ERCOT rates the potential for prolonged outages as low. However, electricity demand hit record highs on Monday as temperatures in the high 90s settled in across the state. And that's before a powerful heat wave sweeps across the Southwest in coming days. As The Guardian reports, the brunt of that heat wave will be felt in California, Nevada, Utah, and Arizona. Some areas are expecting temperatures in excess of 120° F. That heat wave is also expected to bring with it increased risk of fires across the region, and will serve to exacerbate the area's already extreme drought.

When the Texas grid collapsed in the winter, Texas Republicans—led by Gov. Greg Abbott—leaned hard into their well-honed finger-pointing skills. There were claims that the outage was caused by frozen wind turbines (it wasn't), by the Green New Deal (which has never even been voted on, much less passed), and by federal government regulations (that don't exist). Former energy secretary Rick Perry put on his very serious glasses to say that Texans, "would be without electricity for longer than three days to keep the federal government out of their business." And yes, it must have been a great comfort to those with ruined houses and five-figure power bills, to know that they were free of those regulations that elsewhere keep the lights on and prevented companies from exploiting an emergency.

It was surely super comforting to the family of an 11-year-old boy who died of hypothermia while huddled under blankets during the midst of the outage. Or the family of an 8-year-old girl who died of carbon monoxide poisoning as her family tried to set up an unfamiliar generator. The outage generated more than 500 cases of carbon monoxide poisoning. All of them surely proud that they had kept the federal government out of their business.

As his state was shivering, Abbott went on Fox News to give his insights to Sean Hannity. Which were perfectly predictable. The outage, he said, showed how renewable energy and the Green New Deal "would be a deadly deal for the United States of America." Abbott then blamed all of the outage on wind and solar which—again—were performing at above predicted levels for the time of year. In the winter outage, just like the current shortage, the problem was with the fossil fuel plants, which had "unexpected outages" both then, and now.

But Abbott has certainly stayed busy in the intervening months. As Yahoo News reports, he's signed an "1836 Project" bill requiring students to be given a "patriotic education" into the "state's values." As The Texas Tribune reports, Republicans have also passed a bill to limit early voting, nearly eliminate voting by mail, limit the number of polling locations, increase ID requirements, and overall make it much more difficult to vote—in cities, though not so much in rural areas. And as the Houston Chronicle reports, Abbott has now informed the citizens of Texas that he will spend billions to take up the Trump mantle by promising (and failing) to build a wall across the southern border.

So Texas can't have electricity, or democracy, but gets a big boost in propaganda and xenophobia. All of that is going to really help Texans keep their cool when the A/C stops.