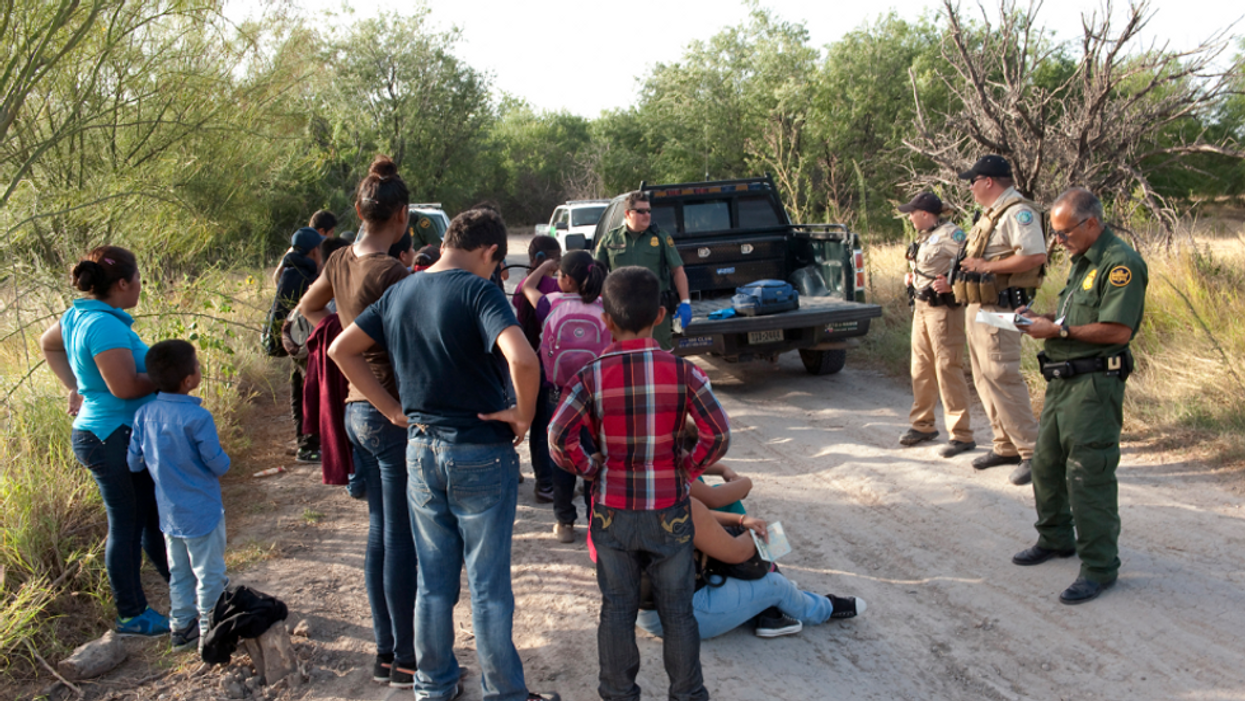 A report released Friday by the United Nations Refugee Agency finds that more than 82 million people across the globe were forcibly displaced by war, persecution, the climate crisis, and other factors by the end of 2020, a record high that one international aid group called "an epic failure of humanity."

The U.N.'s annual Global Trends in Forced Displacement (pdf) assessment estimates that girls and boys under the age of 18 account for 42% of the 82.4 million people who have fled their homes in search of safety and basic human dignity. Nearly a million children were born as refugees between 2018 and 2020, the report shows.

"Behind each number is a person forced from their home and a story of displacement, dispossession, and suffering. They merit our attention and support not just with humanitarian aid, but in finding solutions to their plight," said Filippo Grandi, the U.N. high commissioner for refugees (UNHCR). "The tragedy of so many children being born into exile should be reason enough to make far greater efforts to prevent and end conflict and violence."

Though the deadly coronavirus pandemic led countries around the world to close off their borders to refugees and asylum-seekers, many people still fled across national lines in 2020, the ninth consecutive year in which the number of forcibly displaced people has reached a record high.

According to the new U.N. report, 26.4 million people were living as refugees in 2020, and more than two-thirds of those who fled abroad came from just five countries: Syria (6.7 million), Venezuela (4 million), Afghanistan (2.6 million), South Sudan (2.2 million) and Myanmar (1.1 million).

The U.N. figures show that in addition to those who were forced by circumstance to leave their home countries, 48 million people were internally displaced by the end of last year, up from 45.7 million in 2019.

"Climate change is driving displacement and increasing the vulnerability of those already forced to flee," the report states. "Forcibly displaced and stateless people are on the front lines of the climate emergency. Many are living in climate 'hotspots' where they typically lack the resources to adapt to an increasingly inhospitable environment. The dynamics of poverty, food insecurity, climate change, conflict, and displacement are increasingly interconnected and mutually reinforcing, driving more and more people to search for safety and security."

Jan Egeland, secretary general of the Norwegian Refugee Council, said in a statement that "despite the staggering statistics, world leaders have been inept to resolve the greatest emergency of our generation."

Absent dramatic action from the international community to end conflicts, combat the climate crisis, and mitigate other major factors driving forced displacement, the U.N. report warns that "forecasts for 2021 are equally worrying, with some of the world's worst food crises—including in displacement-affected countries such as South Sudan, Syria, and the Central African Republic—at risk of turning into famine."

"The question is no longer if forced displacement will exceed 100 million people—but rather when," the report states. "Clearly, the need for preventing conflicts and ensuring that displaced people have access to solutions has never been more pressing than now."