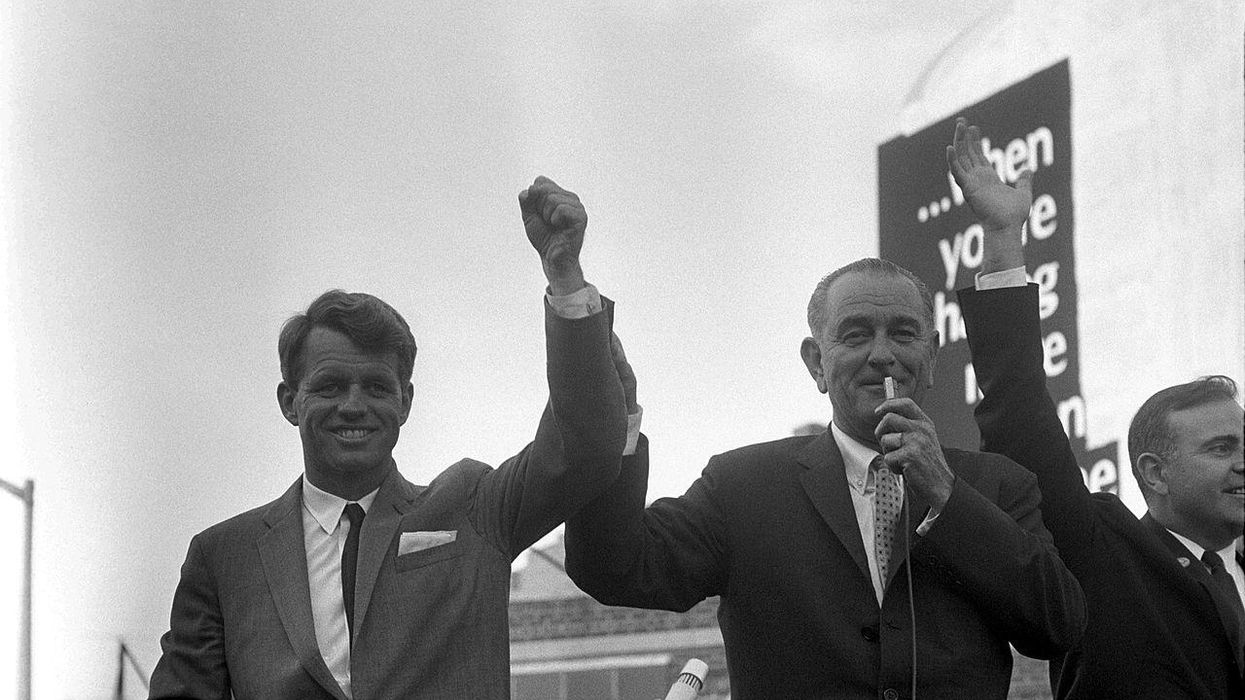 On November 20, 1963, Robert F. Kennedy — brother of President John F. Kennedy and U.S. attorney general at the time — appeared before a House subcommittee on the District of Columbia. Opponents of a bill calling for D.C. statehood, including Democratic Sen. Joe Manchin of West Virginia, have pointed to RFK's testimony to make their case. But RFK's 69-year-old daughter Kathleen Kennedy Townsend, who served as lieutenant governor of Maryland from 1995-2003, explains why they are wrong in an op-ed published by the Washington Post on May 30.

"Robert Kennedy wanted all D.C. residents to elect their federal representatives — the same as their fellow Americans," Townsend explains. "He said so repeatedly. Today, more than 50 years after his death, the residents of our nation's capital are still second-class citizens, and I am certain that my father would have demanded change by the speediest route."

Townsend gets into the specifics of what her father had to say on November 20, 1963. Some opponents of D.C. statehood have made it sound as though RFK was adamantly opposed to making the District of Columbia a state, but Townsend stresses that they are misinterpreting what he had to say.

"On his 38th birthday, November 20, 1963, my father appeared before that subcommittee to support a bill expanding D.C. residents' control over local matters," Townsend recalls. "The discussion ranged into the esoterica of many possible approaches to the topic: home rule, retroceding (or transferring) part of D.C. to Maryland, and even statehood. Responding to a question — and speaking as attorney general, not as a constitutional scholar — Kennedy noted the relationship between the recently passed 23rd Amendment, which allows D.C. residents to vote for president and vice president, and the broader question of District representation; he echoed the consensus of the time that another constitutional amendment could offer a clear route to further voting rights. But the memorandum he had the Justice Department send to the subcommittee shortly afterward made it clear that an amendment was not the only path."

In that memo, RFK said, "It was indispensably necessary to the independence and the very existence of the new Federal Government to have a seat of government which was not subject to the jurisdiction or control of any State."

RFK's testimony before that subcommittee came only two days before the death of his brother, President John F. Kennedy, who was assassinated by Lee Harvey Oswald in Dallas on November 22, 1963. RFK continued to serve as U.S. attorney general under President Lyndon B. Johnson before being elected to the U.S. Senate in 1964. RFK was seeking the Democratic presidential nomination when he was assassinated by Sirhan Sirhan on June 6, 1968.

Most of the people expressing their opposition to D.C. statehood are Republicans. But Manchin, a centrist Democrat, has said that if members of Congress want to make the District of Columbia a state, they should "propose a constitutional amendment" — not do so through a bill. The D.C. Admission Act, which calls for making D.C. a state, was passed by the U.S. House of Representatives on April 22 but faces an uphill battle in the U.S. Senate — where Manchin has joined Republicans in saying that he will not vote for it.

In her Post op-ed, Townsend explains why she favors statehood for the District of Columbia.

"D.C.'s citizens are frozen out of representation not only because they lack statehood, but also, because powerful members of Congress routinely impose their personal pet theories against the clear will of D.C.'s voters," Townsend writes. "D.C. has seen its local labor, anti-discrimination and gun laws threatened by members of Congress whose districts are across the country. Even the results of a referendum garnering nearly 70% support were overruled by Congress."