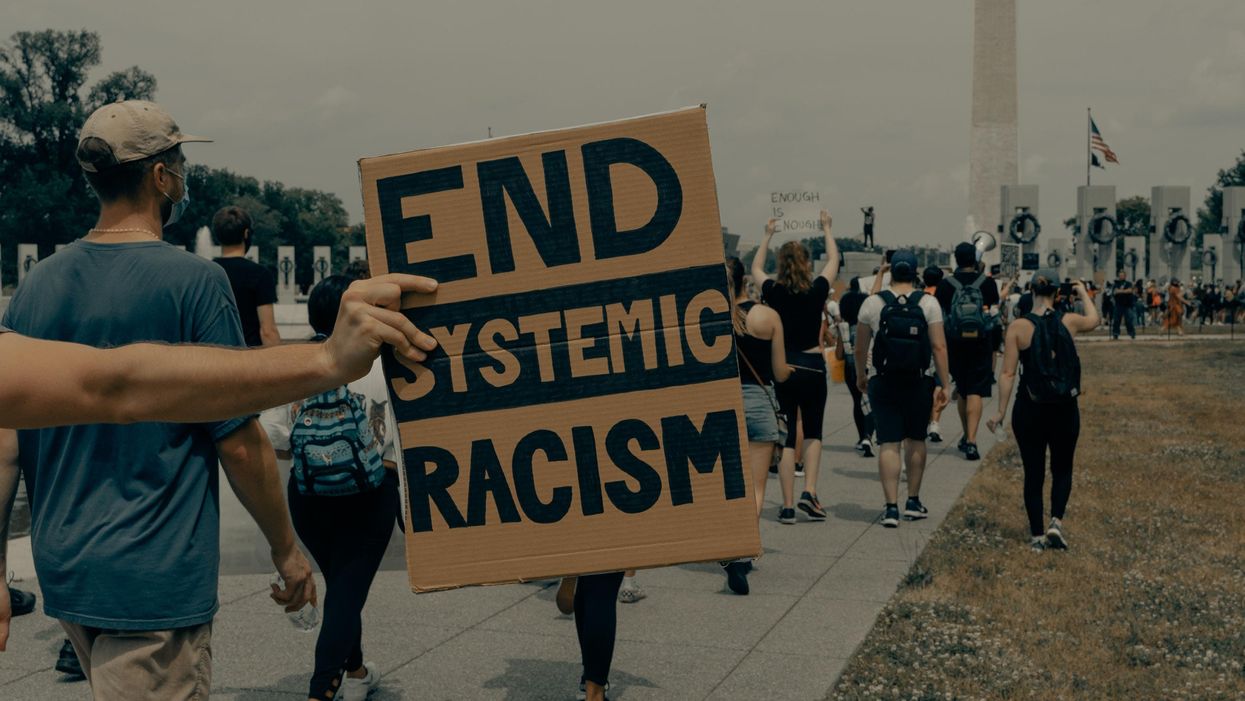 Critical race theory (CRT) is the current conservative media boogeyman spreading moral panic about poor white people being confronted with the history of racism in the United States. Claims about critical race theory range from plausible but incorrect (it's about white privilege and white people's racism) to outlandish and bizarre (it supports a white genocide and confiscating all white people's property). The truth of critical race theory is that it's a socio-legal framework for analyzing the disparate impact of policies on marginalized communities, most often Black people.

OK, but what does that mean? Since CRT was an academic methodology taught in law schools and advanced college courses until recently, those who truly understand CRT often speak in academic language that can be difficult to understand. However, unlike a lot of academic methodologies, CRT has clear and practical real-world applications. Due to its name and origin, people often believe it's an overly theoretical study without concrete evidence. In reality, the scholarship in CRT is often based on the study of statistics, laws and legal cases (about as concrete as you can get).

Berkeley Law Professor Khiara Bridges, a scholar of intersectionality and reproductive rights, provided a list of key tenets of critical race theory in her book Critical Race Theory: A Primer. Professor Bridges argues that critical race theory is concerned with Justice (with a capital J) and is not a thought experiment or academic exercise. Her tenets are that CRT acknowledges that race is a social construction, not a biological reality, that racism is a normal embedded feature of American society (not an aberration), a rejection of traditional liberalism's understandings of racism, and a connection between scholarship and people's real lives. While Professor Bridge's list of core tenets restate a lot of earlier CRT scholarship, it is relevant that her book was published in 2018 and continues to agree with the originators of CRT, such as Derrick Bell and Kimberle Crenshaw. Often, critics of CRT claim the origins are reasonable but the current state is what is problematic. As a newly minted CRT PhD, my scholarship remains loyal to the origins and agrees with Professor Bridge's core tenets.

So what do those core tenets mean practically? First, race has no scientific basis but is instead a social construction based on arbitrarily differentiating between different groups of people. According to the American Society of Human Genetics, "The science of genetics demonstrates that humans cannot be divided into biologically distinct subcategories." However, while race is social and arbitrary, the effects of racism are very real. Rather than essentializing different groups of people based on race, critical race theory challenges essentializing by examining societal reasons for disparate impacts on different races (don't worry we'll come back to this). To say racism is a normal embedded feature of American society, critical race theory is arguing for systemic, rather than individual, causes of racism. It is not concerned with individual instances of racism but instead with large societal impact.

The tenet about liberalism is a little more complicated. Critical race theory originated in the 1970s and gained popularity, among academics, in the 1980s. This period was a response to the work of the civil rights movement that ended segregation and resulted in important legislation like the Voting Rights and Civil Rights Acts. After this work, racialized language was removed from law which ended de jure (but not de facto) segregation. Laws could no longer differentiate based on race, which had been justified until this period as treating both races the same, "separate but equal."

Now laws could not use any explicitly racialized language and instead had to be "facially neutral." CRT scholars came out of a period during which racism was still having a big impact and laws were still discriminatory despite their "facially neutral" status. Therefore CRT sought to address the disparate impact of facially neutral laws, which challenged the traditional liberalism notions of "colorblindness" and legal "equality." CRT showed the need for "equity." The notion of equality seeks to treat everyone equally. The notion of equity suggests that equal treatment is not sufficient if people do not start out on equal footing with equal opportunities. So when CRT scholars say they are challenging traditional liberalism they are not advocating for bringing down democracy. They are just showing that equal treatment is insufficient.

So how is CRT connected to real-world examples? It's so connected that the entire concept of intersectionality—that a person's social and political identities can combine to create different types of discrimination—originated as a tool for Kimberle Crenshaw to argue legal cases that dealt with both racial and sex discrimination, so a single issue analysis was insufficient. In her 1989 paper, "Demarginalizing the Intersection of Race and Sex," Crenshaw discussed three cases in which Black women faced both race and sex discrimination, not one or the other. Crenshaw argued against judges who thought creating a separate class of Black women for the purposes of discrimination would be unwieldy, wanting to limit causes of action to either race or sex discrimination. Crenshaw said "Intersectionality was a prism to bring to light dynamics within discrimination law that weren't being appreciated by the courts."

Mandatory minimums are one of the easiest laws to use to illustrate the need for critical race theory. Mandatory minimums refer to mandatory sentencing for crimes. This was a big push of the tough-on-crime laws of the 1970s and 1980s. The classic example is the sentencing for crack vs cocaine. While crack and cocaine are very similar drugs, crack was predominantly used in the Black community while cocaine was more common among white people. Therefore, those arrested for crack were more likely to be Black. Guess which drug had the harsher penalty? This was justified through the claims that crack was more addictive, led to more violent crime and caused the "crack baby" epidemic. It turns out none of that was true and there was no compelling state reason to treat crack and cocaine differently in terms of sentencing.

So without using any racialized language, and with a law applying equally to white and Black people, mandatory minimums managed to target Black people for incarceration at much higher rates than white people. This is a facially neutral discriminatory law. Do mandatory minimums have a racist intent? Probably. But it doesn't matter. The discriminatory impact is enough to show the harm. That is what critical race theory teaches us. In 1995, Derrick Bell famously asked "Who's Afraid of Critical Race Theory," but I hope after reading this you see critical race theory isn't scary at all.