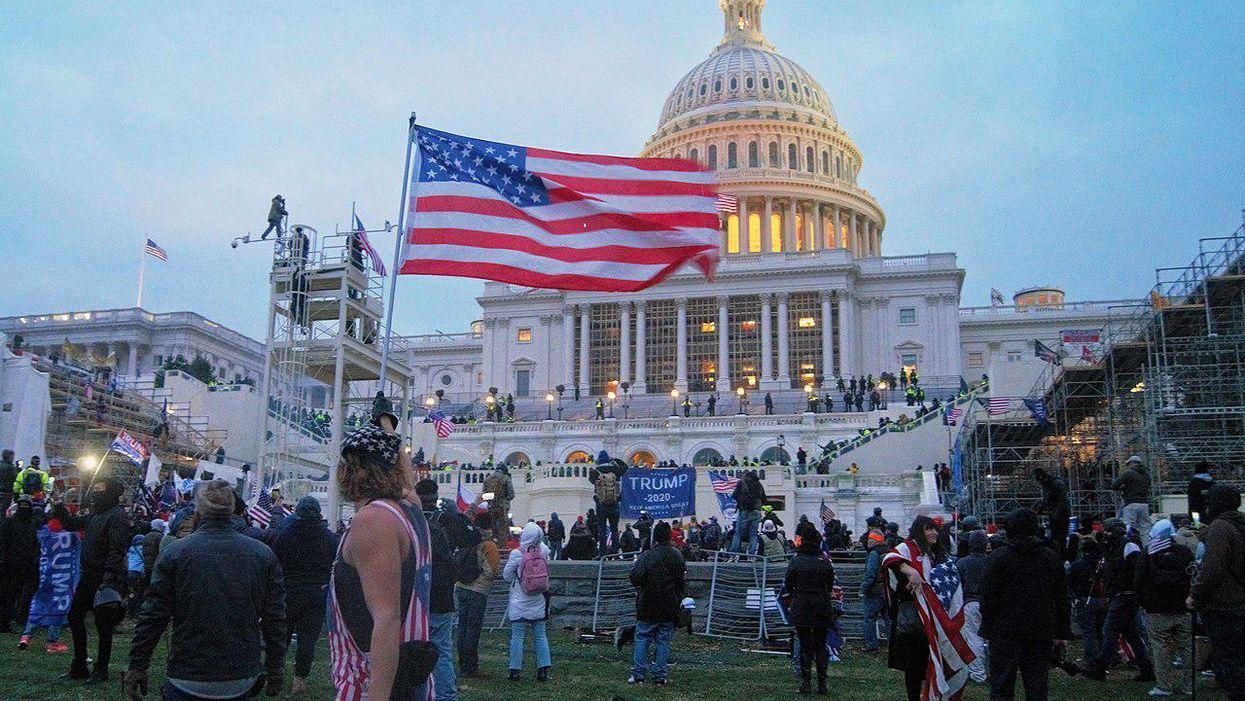 Over the weekend, the New York Times published a column by opinion writer/author Ross Douthat in which he outlined three possible ways to defeat former President Donald Trump in the 2024 presidential election should he decide to run and receive the Republican Party's nomination. Douthat, in a column published three days later, discusses the pessimistic responses that have come from some liberals and progressives — who fear that Trump will be able to pull off something in 2024 that he was unable to pull off in 2020: stealing the election.

"I wrote my weekend column about three ways that Donald Trump might be prevented from plunging the country into crisis in 2024, should he reproduce both his 2020 defeat and his quest to overturn the outcome," Douthat notes. "First, through the dramatic electoral overhauls favored by progressives. Second, through a Bidenist politics of normalcy that prevents the GOP from capturing the House or Senate. Or third, through the actions of Republican officials who keep their heads down and don't break with Trump but, as in 2020, refuse to go along if he turns another loss into an attempted putsch."

Many liberals and progressives have been expressing their frustration over the countless voter suppression bills that Republicans have been pushing in state legislatures all around the U.S. as well as the steep uphill climb that the For the People Act — a comprehensive election rights bill passed by the U.S. House of Representatives earlier this year — now faces in the U.S. Senate. Centrist Democratic Sen. Joe Manchin of West Virginia recently declared that he would not vote for the bill, which means that even if the filibuster were abolished, the For the People Act probably wouldn't pass.

The voter suppression bills being proposed in state legislatures are designed to make voting more difficult. But the "despairing" liberals and progressives that Douthat writes about fear that Republicans are not only trying to discourage Democrats from voting — they are planning to outright steal the 2024 election.

"Because the big electoral overhauls aren't happening, I noted, the progressive attitude risks becoming a counsel of despair," Douthat writes. "But that note didn't adequately convey just how despairing a lot of progressives have become, treating the hypothetical where Trump — or, for that matter, some other Republican nominee — actually succeeds in overturning an election defeat not just as a possibility, but as a likely outcome in 2024, the destination to which we're probably headed absent some unexpected change."

I agree with Timothy Snyder. This is where it's going, and there is presently nothing on the horizon that would sto… https://t.co/tOqzwoLOfZ
— Jay Rosen (@Jay Rosen) 1623003682.0

And Douthat notes that The Nation's Jeet Heer, in response to his weekend column, wrote, "In sum, we can all see the disaster that is coming. But there is no clear way to stop it."

Douthat adds, however, that he doesn't feel that sense of extreme pessimism about 2024.

"Right now," the columnist writes, "alarmed progressives see preparations for a Republican coup in 2024 everywhere they look: in the jettisoning of Liz Cheney from House leadership, in the refusal of Senate Republicans to go along with the January 6 probe, in provisions tucked into the voting regulations being passed in states like Georgia and Texas that they fear set up post-election power grabs, in exercises like the election audit in Arizona that both reflect and feed paranoia on the right."

Douthat continues, "What I see, by contrast, is much more in continuity with the pre-January 6 dynamic in Republican politics. The Republican leadership is still doing what it did throughout Trump's presidency: trying to talk about anything other than his sins, excesses and potential crimes. That desire to change the subject is why Cheney lost her job and why the January 6 commission lost its vote."

As Douthat sees it, the "we're-all-doomed attitude" about 2024 coming from some liberals and progressives is "extremely premature" and "potentially counterproductive."

"Keep in mind, too, that in the event of a Biden-Trump rematch in 2024, (President Joe) Biden, not Trump, will enjoy the presidency's powers," Douthat argues. "Kamala Harris, not Mike Pence, will preside over the electoral count; and Trump will be four years older, unlikely to run a fourth time, and therefore, somewhat less intimidating in defeat. In that landscape, it's at least as easy to imagine him going more limply into the good night as it is to imagine top-to-bottom GOP enthusiasm for the Great Coup of '24."